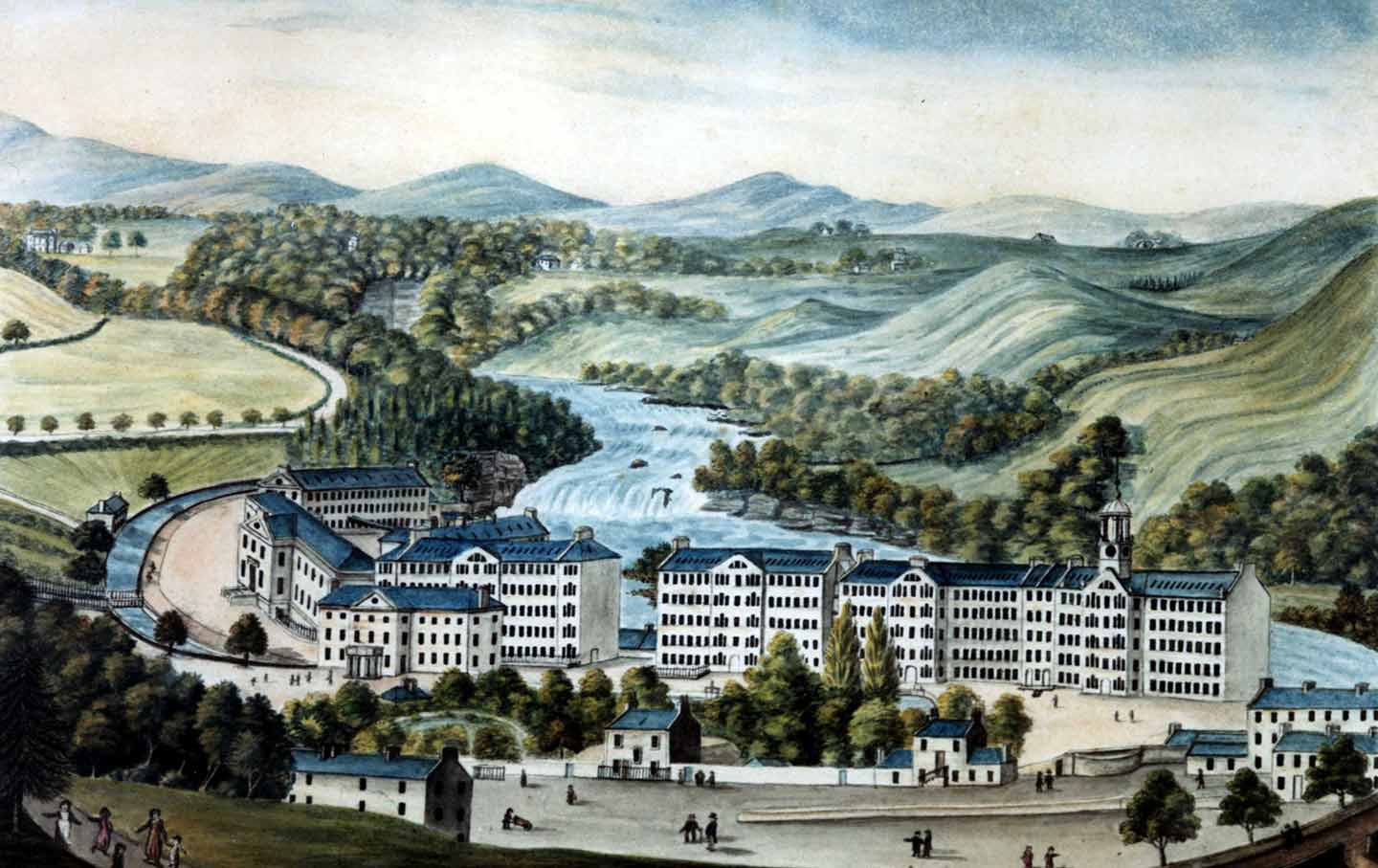 My knowledge, my life, and my heart are pedestrian things. I am not an expert, a professor, a professional, or in any other way superior in knowledge or intelligence. I am a denizen of the modern world, where destinies are decided by ancient religions, the economic infrastructure, and indecipherable, futuristic sciences. Some of the most influential people in my daily life—the president, various CEOs, myriad artists—I will, most likely, never meet. Every hour of every day the media accost me with dangers, enemies, and ever-mounting specters of death.

This article is adapted from the introduction to Folding the Red Into the Black, to be published December 1 by OR Books.

I am powerless in the face of these forces. I lust after, vote for, and labor under people I will never know. This is a destiny I share with billions of my sisters and brothers, worldwide. We pretend to decide, but secretly we know that the important decisions are made for us by powers so great that they could eradicate any one and any number of us from history.

And so, in an attempt to reach out into the void of the billions who share my fate, I wrote a book, Folding the Red Into the Black, which says that the world we live in is unconcerned with our predicaments; that it is a world that lies to us—and if we see past the lies it might demote, debilitate, imprison, or simply kill us. Our greatest treasure, human happiness, is not valued by the systems that govern us unless that happiness puts money or power in their pockets.

The main way we are fooled is by being convinced that there is some perfect society that awaits us if we follow all the rules—a utopia, if you will. It is the American and the Marxian dream that one day we will be part of a well-oiled machine that moves productively and elegantly in perpetual motion.

I have no doubt about the explanations of these perfect models. My problem, our problem, is that humans will never have a perfect society because we are seriously imperfect beings. My book says that we need to raise our imperfections to a political platform that says, “My flaws need attention too.” This is what I call the “untopia,” the world where me being happy is more important than any system, bureaucracy, corporation, or bribed member of Congress.

We don’t need a perfect society, but rather a world that muddles through, on the way equating success with general happiness.

About 40 years ago, I enrolled in a PhD program in political theory at the University of Massachusetts, Amherst. There, I studied the philosophies of politics, culture, and, more abstractly, the struggle of humanity against its own nature. The thinkers I explored were mostly Western, white, and male, but the ideas had the appeal of universality and contained at least a grain of hope for everyone—especially the inhabitants of the modern world, where political and economic isolation is pretty much impossible. My doctoral education was not in any way complete or even rounded, but I applied myself as well as I could. I learned some things about the study of modern political systems of thought and how these thoughts helped define and explain political culture as it lurks in the streets of everyday life.

After three years, I left the program. I loved reading everyone from Herodotus to Hannah Arendt, and, even more, I enjoyed the long discussions about how the world was reforming itself according to hidden forces, unconscious instincts, and alienating systems of economics. But one day I realized that my studies were all about self-gratification and would never lead to a job.

The specter of lifelong unemployment dawned on me when I was sitting in a class about the Peloponnesian War. The aged professor was European, Harvard-trained, and had spent his entire university career studying Thucydides—mostly in the original Greek. Watching the lecturer, and slightly bored by his rendition but not by the subject, I realized that the only profession I could hope for was doing what he did, that I would never be as successful as he was—and that even if I could have his job, I didn’t want it.

So I left the university and went back to my old job—computer programming. The years passed, and one day I decided that being a writer of fictions might fit my nature. So I went off on that tangent with somewhat more success than I ever had in school.

But the ideas I was introduced to in Massachusetts never left me. I would often find myself thinking about a world that could be so beautiful, when unnecessary suffering was the norm. I learned at university that talking about a problem often conjures potential solutions, and that writing about that problem often creates conversation. I knew that I couldn’t cure the environment, resolve the conundrum of religious conflict, or make people into a better class of beings. But I could talk a bit about the alienating systems of capitalism and socialism with the hope of spurring discussion about the possibility of détente between these oppressive rulebooks that, in their systemic natures, could not, on their best days, appreciate a good laugh or a heartfelt deathbed goodbye.

And so, in Folding the Red Into the Black, I have tried to lay out what I see as false conflicts between these systems, and also the flaws in such systems when they are used to rule and otherwise dominate human nature. I offer some solutions, but the main thrust of the argument is to start some talking and thinking about what we can do to make our lives, all of our lives, better.

That’s why I’m presenting a word that I feel needs to be added to the lexicon of modern political language; “untopia.” Most people are aware of the term coined by Sir Thomas More: “utopia”—a community or society possessing highly desirable or near-perfect qualities. My argument is, in part, that the many attempts to attain this perfect state of social harmony have been, paradoxically, the cause of dystopian malfunctions in societies around the globe since at least the beginning of the 20th century. Our misplaced faith in science and systemic social and economic formulations has been the cause of genocide, war, famine, and deep, deep enmity between peoples who should by now have learned to get along despite our natures—which are anything but perfect.

We are ambivalent, combative, stubborn, wildly changeable beings that have the natural schizophrenic facility to love and hate at the same time. We respond, with Pavlovian predictability, to invisible forces such as the economic infrastructure, ever-changing technology, and unconscious instincts, all the while believing that we are fully conscious beings who make decisions based on logic, from observations informed by eternal truths. This faith in consciousness is, to use the mildest language possible, misplaced.

The introduction of the term “untopia” is my attempt to dismantle our misguided beliefs in fairy-tale perfection and allow our conflicted natures to develop a social and political world fit for human habitation. We need a society that understands the wide palette of human limitations and foibles as well as its potentials and possibilities. We need to throw off the unbearable weight of bureaucratic capitalist and socialist demands—demands that exist to perpetuate these systems, not to praise and raise humanity to its full promise.

And so I propose the untopia. This is not a physical place, not an eternal city, but rather a frame of mind that has as its goal the dismantling of expectations of perfection when it comes to the working of the quasi-philosophical systems of government. The untopia announces that we are unruly beings who need time to play and room to move, and no inhuman, inhumane system should inhibit these fundamentally human needs.