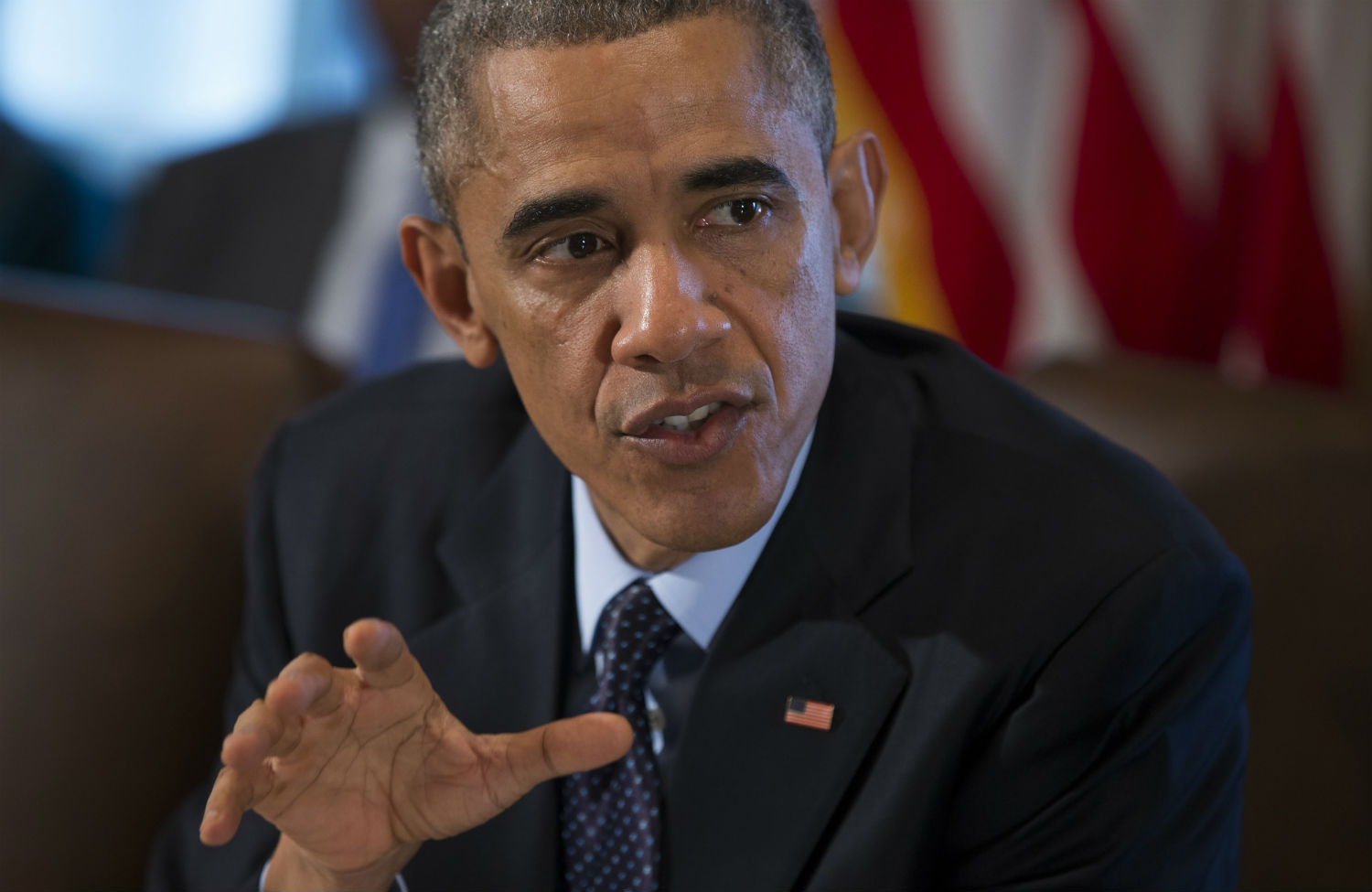 Yesterday, Barack Obama sent a letter to Congress announcing that he was applying the International Emergency Economic Powers Act to Venezuela, declaring the “situation” there to be an “unusual and extraordinary threat to the national security and foreign policy of the United States.” Washington named seven Venezuelan politicians as targeted by the act, their property in the US liable to seizure.

It’s a serious step taken with extraordinarily strong language (as the head of the Organization of American States pointed out; “very harsh,” he said). Reuters writes: “Declaring any country a threat to national security is the first step in starting a U.S. sanctions program. The same process has been followed with countries such as Iran and Syria, U.S. officials said.”

Set aside the irony (within hours of an administration spokesperson’s accusing Venezuela of criticizing other nations in order to distract from its problems, New Jersey’s soon-to-be-indicted senator Robert Menendez applauded the sanctions), the hypocrisy (forget Saudi Arabia, think of Mexico or Colombia), or the hyperbole (an “extraordinary threat”?). It’s hard to figure out what the White House hopes to accomplish with this move. It will achieve exactly the opposite of its stated intention to isolate Caracas.

Within Venezuela, it will confirm to many the validity of President Nicolás Maduro’s accusations that the United States has been leading a soft coup against his government. One doesn’t have to be a committed Chavista to appreciate the irony, condemn the hypocrisy or recoil from the hyperbole. Obama just threw Maduro a lifeline.

Outside Venezuela, Latin American nations will bristle at the attempt to apply a sanctions regime associated with the mess Washington has made in the Middle East to the region. The more suspicious among them will see the opening to Cuba as bait-and-switch, an attempt to use the good will generated by that move to isolate and destabilize other adversaries, pressing its advantage as falling commodity prices put strains on Latin American economies (the Trans Pacific Partnership is part of this divisive strategy).

Over the last few months, there was some indication that support for Venezuela by other South American nations, like Brazil, was waning. In an essay that was posted yesterday but probably written before the threat designation, Time argued that Obama’s “decision to reopen relations with Cuba is having an interesting side effect: it’s helping isolate Latin America’s other hard-line leftist regime in Venezuela.” Daniel Wilkinson, the managing director of Americas Watch, which has been sharply critical of Venezuela since at least 2008, said: “Until very recently, most countries in the region were reluctant to say anything about Venezuela …. If this is just U.S. sanctions, and the U.S. is doing it on its own, then it’s much easier for Venezuela to play the victim card. That’s why it’s really important for the U.S. government to be working with other democratic governments in the region to make this more of a collective.”

I’m assuming that quote was provided before the White House went ahead and did “it on its own.”

The most dangerous consequence of this action is to put Colombian peace talks between the government and the FARC in jeopardy. Over the last few years, Colombia has rejected its assigned role as a regional Israel, much to the disappointment of anti-Chavistas. Its president, Juan Manuel Santos, refuses (unlike his predecessor, Alvaro Uribe) to play the part of an Andean Netanyahu. Santos knows that a stable Venezuela, on good terms with Bogotá, is essential to bringing Colombia’s internal conflict to an end. As Rafat Ghotme, a Colombian professor of international relations, puts it, “both presidents need each other. Maduro needs Colombia, in order to legitimate the Bolivarian Revolution in a regional system. And Santos needs Venezuela, because it is the principle external actor that can convince FARC to continue in the peace process.”

Santos is a conservative who has brought Colombia in from the regional cold, establishing good and working relationships with South American left-of-center governments. Recently, the Colombian president has proposed turning the massive Colombian-Venezuela-Brazilian border into the “world’s largest ecological [corridor] and would be a great contribution to [the] fight of all humanity to preserve our environment, and in Colombia’s case, to preserve our biodiversity.” This, of course, would be practically difficult, if not impossible. Still, it serves as a sharp alternative vision to the reality of the US-Mexico border, which Washington has turned into a militarized death-march.

A cynic might say that the point of the threat designation isn’t directed at Caracas at all, but is aimed to break up the Colombia-Venezuelan partnership that is taking shape and pull Bogotá back into the fold.

Venezuela is, without doubt, in crisis. And people of good will can debate whether the origin of the crisis is inherent in the Bolivarian Revolution or results from the backlash. Caracas represses, to some degree, civil society. The United States manipulates the civil society of the countries it deems a problem. Since both of those statements are true, some perspective is required.

As far as economics is concerned, David Smilde, who lives in Caracas and runs the Venezuelan Politics and Human Rights blog, provides some. Here’s a recent post: “My wife and I went grocery shopping for a family of four last night, in a chain supermarket in Eastern Caracas. There were fruits and vegetables of all kinds. There was also plenty of: cheese, yogurt, lunchmeat, sausages, bacon, pasta, bread, crackers, cookies, nuts, wine, beer and soy oil. From the meat cooler we got a nice pork loin and some smoked pork chops…. Not available were: chicken, beef, milk, coffee, rice, sugar, corn oil, laundry soap, dish soap, paper towels and toilet paper.” Importantly, Smilde mentions that one researcher told him that “data collection was showing much lower levels of scarcity in homes than in stores.” Even more importantly, “from 2007-2012, consistent scarcity levels of around 10-20 percent coincided with a historic increase in calories and protein consumption” [my emphasis]. In other words, people under Chavismo are eating better and more healthily. Inflation is a serious problem, but it is fixable, as Mark Weisbrot argues.

As to political repression, neighboring Colombia, Washington’s well-funded ally, provides some perspective: it ranks behind only Syria in the number of internally displaced peoples, 5.7 million according to the United Nations High Commissioner for Refugees. Afro-Colombians and indigenous communities have “borne the brunt” of the repression that has taken place since the Colombian-US free trade treaty went into effect three years ago, many at the hands of right-wing demobilized paramilitaries. Along with trade unionists.

And where do those victims who don’t stay in the country flee to? Venezuela. The UNHCR, which writes that “refugees continue to cross into the Bolivarian Republic of Venezuela regularly,” calls Caracas’ refugee integration program “inspirational.” It is what “can be achieved when UNHCR, its partners and Venezuelan government agencies work together to include refugees in public policy.”

And what do at least some of the refugee children do once they are in Venezuela, according to the UNHCR? They learn to play Beethoven’s “Ode to Joy.”