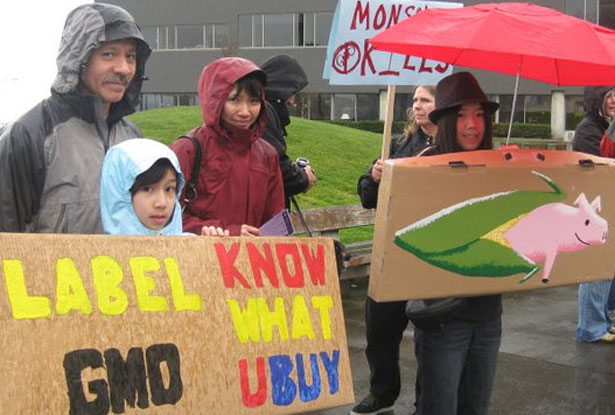 Correction: At publication, this article incorrectly stated Monsanto’s contribution to the World Food Prize Foundation from 1999 to 2011 was $380 million. The correct figure is $380,000.

The Nation and Foreign Policy In Focus are pleased to announce a new partnership to promote a more progressive US foreign policy. Each week, The Nation will post several FPIF articles on its website to provide greater visibility to progressive voices from around the world. Complementing The Nation’s coverage of domestic and world events, the FPIF articles will provide in-depth analysis of the issues that demand greater public and policymaking attention such as global military spending, climate change, human rights campaigns, economic inequality and ongoing conflicts in Syria, Afghanistan and elsewhere. The Nation/FPIF coverage will also highlight concrete alternatives that can make the world more peaceful, more just and more sustainable. Foreign Policy In Focus is a project of the Institute for Policy Studies, which is celebrating its fiftieth anniversary in 2013.

This article is a joint publication of TheNation.com and Foreign Policy in Focus.

The choice of Fraley was widely protested, with eighty-one members of the prestigious World Future Council calling it “an affront to the growing international consensus on safe, ecological farming practices that have been scientifically proven to promote nutrition and sustainability.”

The choice of Monsanto’s man triggered accusations of prize buying. From 1999 to 2011, Monsanto donated $380,000 to the World Food Prize Foundation, in addition to a $5 million contribution in 2008 to help renovate the Hall of Laureates, a public museum honoring Norman Borlaug, the scientist who launched the Green Revolution.

For some, the award to Monsanto is actually a sign of desperation on the part of the GMO establishment, a move designed to contain the deepening controversy over the so-called biotechnological revolution in food and agriculture. The arguments of the critics are making headway. Owing to concern about the dangers and risks posed by genetically engineered organisms, many governments have instituted total or partial bans on their cultivation, importation, and field-testing.

A few years ago, there were sixteen countries that had total or partial bans on GMOs. Now there are at least twenty-six, including Switzerland, Australia, Austria, China, India, France, Germany, Hungary, Luxembourg, Greece, Bulgaria, Poland, Italy, Mexico and Russia. Significant restrictions on GMOs exist in about sixty other countries.

Restraints on trade in GMOs based on phyto-sanitary grounds, which are allowed under the World Trade Organization, have increased. Already, American rice farmers face strict limitations on their exports to the European Union, Japan, South Korea and the Philippines, and are banned altogether from Russia and Bulgaria because unapproved genetically engineered rice “escaped” during open-field trials on GMO rice. Certain Thai exports—particularly canned fruit salads containing papaya to Germany, and sardines in soy oil to Greece and the Netherlands—were recently banned due to threat of contamination by GMOs.

The Case against GMOs Gains Strength

The case against GMOs has strengthened steadily over the last few years. Critics say that genetic engineering disrupts the precise sequence of a food’s genetic code and disturbs the functions of neighboring genes, which can give rise to potentially toxic or allergenic molecules or even alter the nutritional value of food produced. The Bt toxin used in GMO corn, for example, was recently detected in the blood of pregnant women and their babies, with possibly harmful consequences.

Third, a GMO, brought into natural surroundings, may have a toxic or lethal impact on other living things. Thus, it was found that Bt corn destroyed the larvae of the monarch butterfly, raising well grounded fears that many other natural plant and animal life may be impacted in the same way.

Fourth, the benefits of GMOs have been oversold by the companies, like Monsanto and Syngenta, that peddle them. Most genetically engineered crops are either engineered to produce their own pesticide in the form of Bacillus thurengiensis (Bt) or are designed to be resistant to herbicides, so that herbicides can be sprayed in massive quantities to kill pests without harming the crops. It has been shown, however, that insects are fast developing resistance to Bt as well as to herbicides, resulting in even more massive infestation by the new superbugs. No substantial evidence exists that GM crops yield more than conventional crops. What genetically engineered crops definitely do lead to is greater use of pesticide, which is harmful both to humans and the environment.

A fifth argument is that patented GMO seeds concentrate power in the hands of a few biotech corporations and marginalize small farmers. As the statement of the eighty-one members of the World Future Council put it, “While profitable to the few companies producing them, GMO seeds reinforce a model of farming that undermines sustainability of cash-poor farmers, who make up most of the world’s hungry. GMO seeds continue farmers’ dependency on purchased seed and chemical inputs. The most dramatic impact of such dependency is in India, where 270,000 farmers, many trapped in debt for buying seeds and chemicals, committed suicide between 1995 and 2012.”

Some studies have sought to counter these accusations against GMOs, but they have been discredited by revelations that they were funded by biotechnology firms or conducted by researchers close to them.

The Philippines as GMO Battlefield

The key battleground in the battle over GMOs has shifted, over the years, from the developed to the developing world. The GMO advocates have deployed their big guns to convince African, Asian and Latin American governments to shift to GMOs. Among them are Bill and Melinda Gates, Columbia University economist Jeffrey Sachs, and Oxford economist Paul Collier, who argues that Africa needs a new “Green Revolution” based on genetically engineered seeds because it missed out on the first one, which was promoted by chemical-intensive agriculture.

The Nation is facing a crippling postal rate hike—donate by October 31 to help us foot this $120,272 bill.

The Philippines is one such battleground. Even as many other countries have tightened their controls over GMOs, the Philippine government has become more and more liberal in its granting of licenses for GMO production. According to Greenpeace Southeast Asia, it has allowed the importation of sixty genetically modified plants and plant products for direct use as food and feed or for processing, an additional eight GM plant varieties for propagation, and twenty-one modified plant varieties for field testing in Philippine soil. Despite concerns about its impact on the environment, Bt corn now has 750,000 hectares of Philippine land devoted to it. According to Greenpeace Southeast Asia spokesman Daniel Ocampo, no GMO application has ever been rejected, which is rather shocking given the controversy over their use.

A key reason for the liberal treatment of GMOs is the revolving door among government, academia and corporations. For instance, three of the most recent directors of the prestigious Institute of Plant Breeding of the University of the Philippines at Los Banos have either joined biotech multinationals or gone to work on projects funded by them. They also serve as members of or advisers to government bodies that oversee biosafety.

Anti-GMO activists and farmers have nevertheless made headway. Even as some make direct action forays like uprooting Bt eggplant field experimental sites, others have worked on the legal front. This paid off recently when the Philippine Court of Appeals—acting on a petition brought before it by Greenpeace, the NGO Masipag and several individuals—stopped the field testing of Bt eggplant on the grounds that there was no scientific consensus or legal framework for the introduction of Bt products. Importantly, the court also ruled that all stakeholders—not just industry or government scientists—should get to provide input on the introduction of GMOs like Bt eggplant.

In a sign of desperation, the University of the Philippines at Los Banos, one of the respondents in the case, argued that a ban on field testing of Bt eggplant would “violate academic freedom.” The court ruling stated, however, that, “Like any other right, the right to academic freedom ends when the overriding public welfare calls for some restraint. The right to academic freedom does not, in any way, give the respondent UPLB unbridled freedom to conduct experimentation, studies and research that may put to risk the health of the people and the environment which are equally protected under our fundamental law.”

It is unlikely, however, that this victory will discourage the GMO lobby from making the Philippines into a springboard for the introduction of Bt crops to the rest of Southeast Asia. Aside from Bt eggplant, the GMO advocates are pushing genetically altered “Golden Rice,” potatoes, soybeans, canola, cotton, sugarbeet and alfalfa. There’s big money in these crops, and the only thing that stands between the transnational corporations and big money are those pesky farmers, environmentalists and consumers.

Unfortunately for the biotech corporations, more people are listening to the words of scientists like Dr. Oscar Zamora, vice chancellor of the University of the Philippines at Los Banos, who says: “For every application of genetic engineering in agriculture in developing countries, there are a number of less hazardous and more sustainable approaches and practices with hundreds, if not thousands, of years of safety record behind them. None of the GE applications in agriculture today are valuable enough to farmers in developing countries to make it reasonable to expose the environment, farmers and the consumers to even the slightest risk.”

Jessica Valenti lays out the rules for writing about rape.