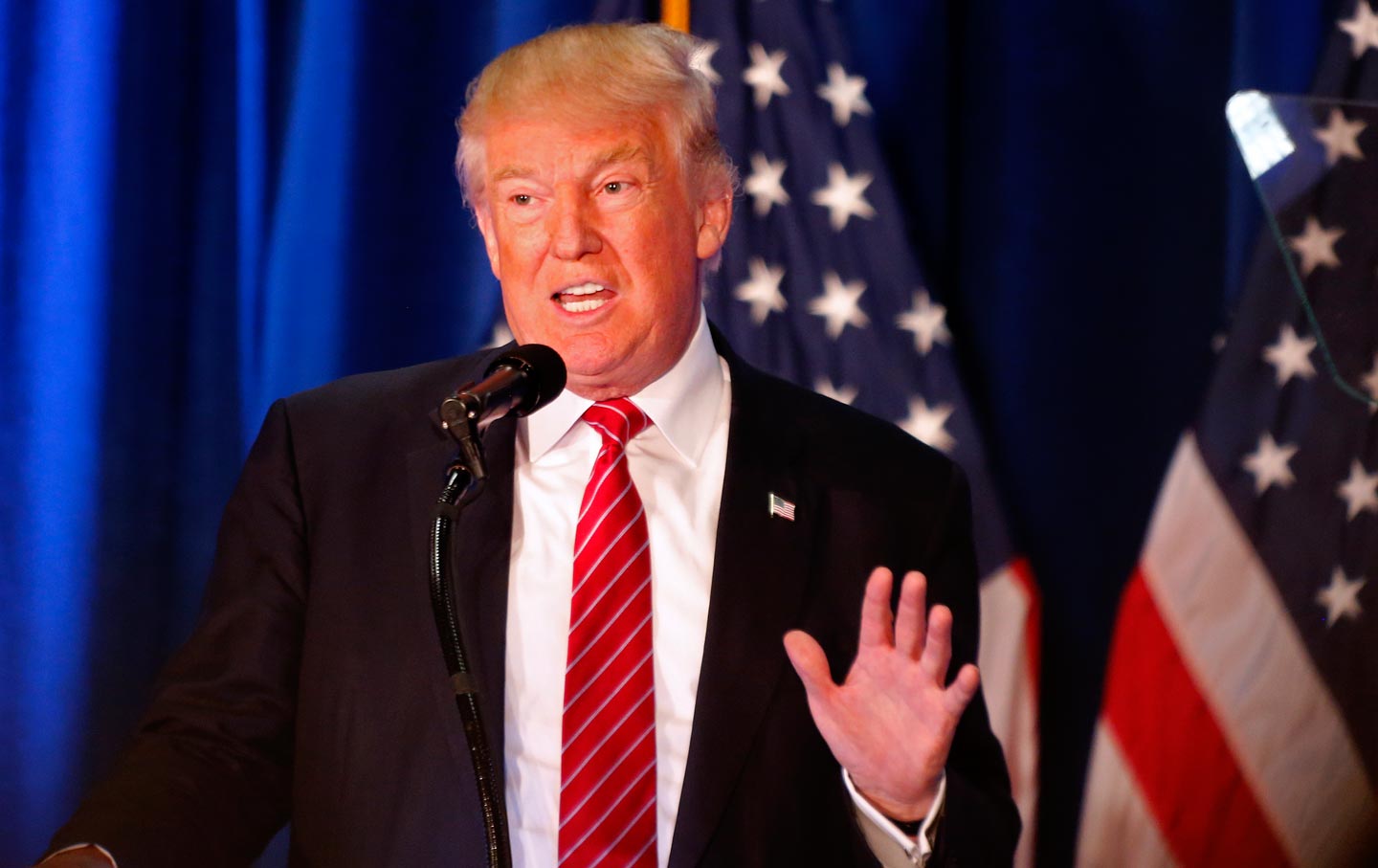 On Monday, Donald Trump gave a speech at Youngstown State University that amounted to an overlong, incoherent exercise in scaremongering. Most of the press coverage, almost uniformly negative, focused on the Republican nominee’s call for the “extreme vetting” of visa applicants. But there was much more to it than that.

A good rule of thumb for knowing you are in the presence of a crank is when he starts in on how Islamofascism or, as Trump repeatedly called it, “Radical Islamic Terrorism” is the great challenge of our age, comparable to the challenges posed by the three great, sinister ideologies of the 20th century: Fascism, Nazism, and Communism. That was Trump’s opening gambit; it only went downhill from there.

After listing a number of terror attacks that have taken place in the United States and Western Europe (not surprisingly, he neglected to mention any of the rather more serious attacks that occurred in Beirut and Baghdad this year), Trump went on to claim that “the rise of ISIS is the direct result of policy decisions made by President Obama and Secretary Clinton.” He further claimed that Obama’s “failure to establish a new Status of Forces Agreement in Iraq…led directly to the rise of ISIS.”

One of the other notable things about Trump’s speech was that, for a candidate who repeatedly claims that he and he alone possesses the will to defeat “Radical Islamic Terrorism,” he seems to be afraid to call out the principal funders of Salafist extremism. According to Trump’s incoherent account, it is Iran that is “the world’s largest state sponsor of terrorism.” And while this has been a common AIPAC talking point for years now—and never more so since the successful conclusion of the Iran nuclear accord—it, again, is false.

The principal funders of ISIS and similar Sunni extremists have been (and continue to be) our very own Gulf State “allies.” But Trump, who proclaimed, “We cannot always choose our friends, but we can never fail to recognize our enemies,” could never quite bring himself to name those who assist our enemies. Saudi Arabia, Qatar, and Kuwait have all provided aid to the Islamic State. Instead of confronting this head on, Trump ducked.

Trump exhibits a similar incoherence in his comments on the Iraq War, which he misleadingly claims he was opposed to from the start. At Youngstown, Trump claimed “I have been clear for a long time that we should not have gone in.” And what is his solution? Well, we should have stayed. You know, for the oil. According to Trump, “If we had controlled the oil, we could have prevented the rise of ISIS in Iraq.”

Not for Trump the prudence of George F. Kennan, who, regarding the debacle in Vietnam, advised: “There is more respect to be won in the opinion of this world by a resolute and courageous liquidation of unsound positions than by the most stubborn pursuit of extravagant or unpromising objectives.”

This brings us to the proto-fascist part of the program. Trump introduced his “new immigration policy” by decrying the practice of “honor killings,” which he claimed “is a practice that has reached our shores.” Trading in the dog whistle for a bullhorn, Trump then went on to say that “9/11, the Ft. Hood shootings, the Boston Bombing, the San Bernardino attack, the Orlando attack” have all “involved immigrants or the children of immigrants.” No need to wonder why he left off the Oklahoma City and Atlanta Olympic bombings from his list. He then went on to single out an entire population of immigrants, claiming, “We…know that ISIS recruits refugees after their entrance into the country—as we have seen with the Somali refugee population in Minnesota.”

Trump’s solution to prevent this veritable Fifth Column of refugee-terrorists-in-waiting from growing? You guessed it: “an ideological screening test.” It is past time, according to the Republican presidential nominee, “to develop a new screening test for the threats we face today.” “Only those who we expect to flourish in our country—and to embrace a tolerant American society—should be issued visas.” One wonders how long it will be before Trump takes the next logical step and proposes that anyone who is not “flourishing” should be shipped out.

Trump’s “immigration proposals” only serve to highlight the fact that he does not understand what it is that actually does make America “great.” It is the country’s ability—particularly compared with its peers in Western Europe—to assimilate newcomers. Trump’s call for “screening” is about an un-American a proposal as one could possibly have: Being an American citizen means not that you have passed some ethnic-lingustic-religious test. It is an act of faith. If you take the oath, then you are as American as anyone else. Period.

Trump’s immigration policies, then, are fundamentally un-American, and it is his call to institute what amounts to an ethnic-religious test that is the strongest argument against his election. It happens to be a case he repeatedly and unwittingly makes against himself.