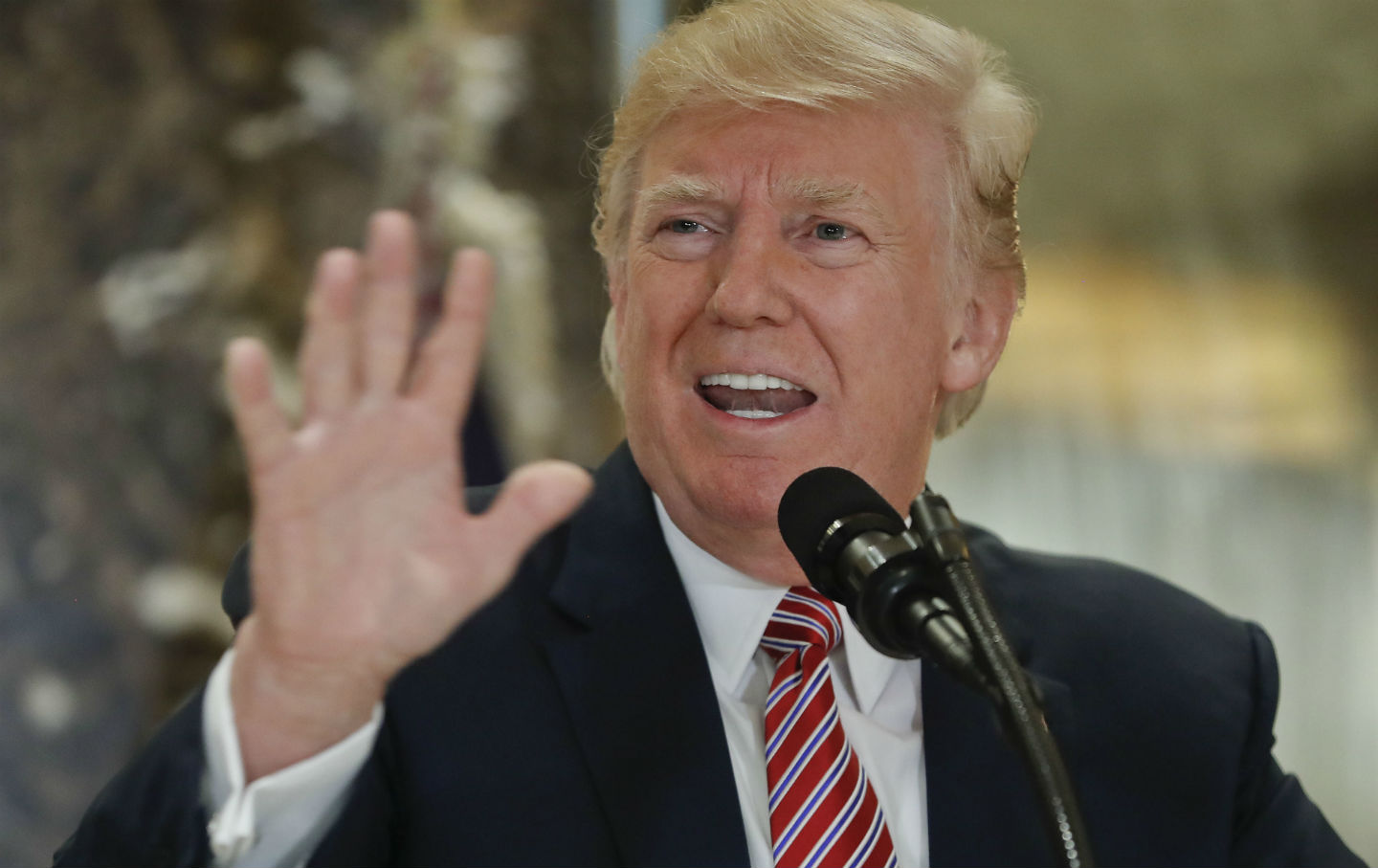 Trump speaks to the media in the lobby of Trump Tower in New York on August 15, 2017. (AP Photo / Pablo Martinez Monsivais)

I should probably be writing about the response by athletes to Donald Trump’s open defense of American Nazis on Tuesday. I could quote LeBron James’ tweet where he said, “Hate has always existed in America. Yes we know that but Donald Trump just made it fashionable again!”

I could point people to Megan Rapinoe’s entire twitter page, a running commentary on the nexus between the white supremacists in the streets and the ones inside the White House. I could speak about the decision of Seattle Seahawks player Michael Bennett and the Oakland Raiders’ Marshawn Lynch to not stand for the anthem. But I can’t. I can’t because I’m going to be sick.

I have no illusions about Presidents and their crimes. Republican or Democrat; Whig or Federalist; there is a great deal of blood at home and abroad that comes with being the CEO of the American empire. But I also—and I feel like a fool—thought that certain things were off the table, like a President of the United States defending torch-wielding, swastika-brandishing Nazis who were chanting “Jews Will Not Replace Us”, and  took someone’s life by ramming a car into chanting protestors.

I thought this was off the table because presidents have always lionized World War II veterans as the Greatest Generation for their sacrifice in fighting the Nazi/Axis powers. I thought the lives lost and the memory of their crimes had created a common reference point. I think of my grandparents and the whispered stories of the Holocaust so we would never forget the 6 million Jews who were killed by adherents of a nihilist ideology. I think of the Warsaw ghetto fighters who took part in a struggle that they knew they would lose but still pressed forward, rather than die like sheep. I think of the over 60 million people—3% of the world’s population—who were killed during World War II. I think about the documentaries, films and books, and the Holocaust museum in DC, all geared toward the simple but binding idea of “never again”: never again would Nazis be tolerated outside of the sewers where they gather to nurse their grievances. 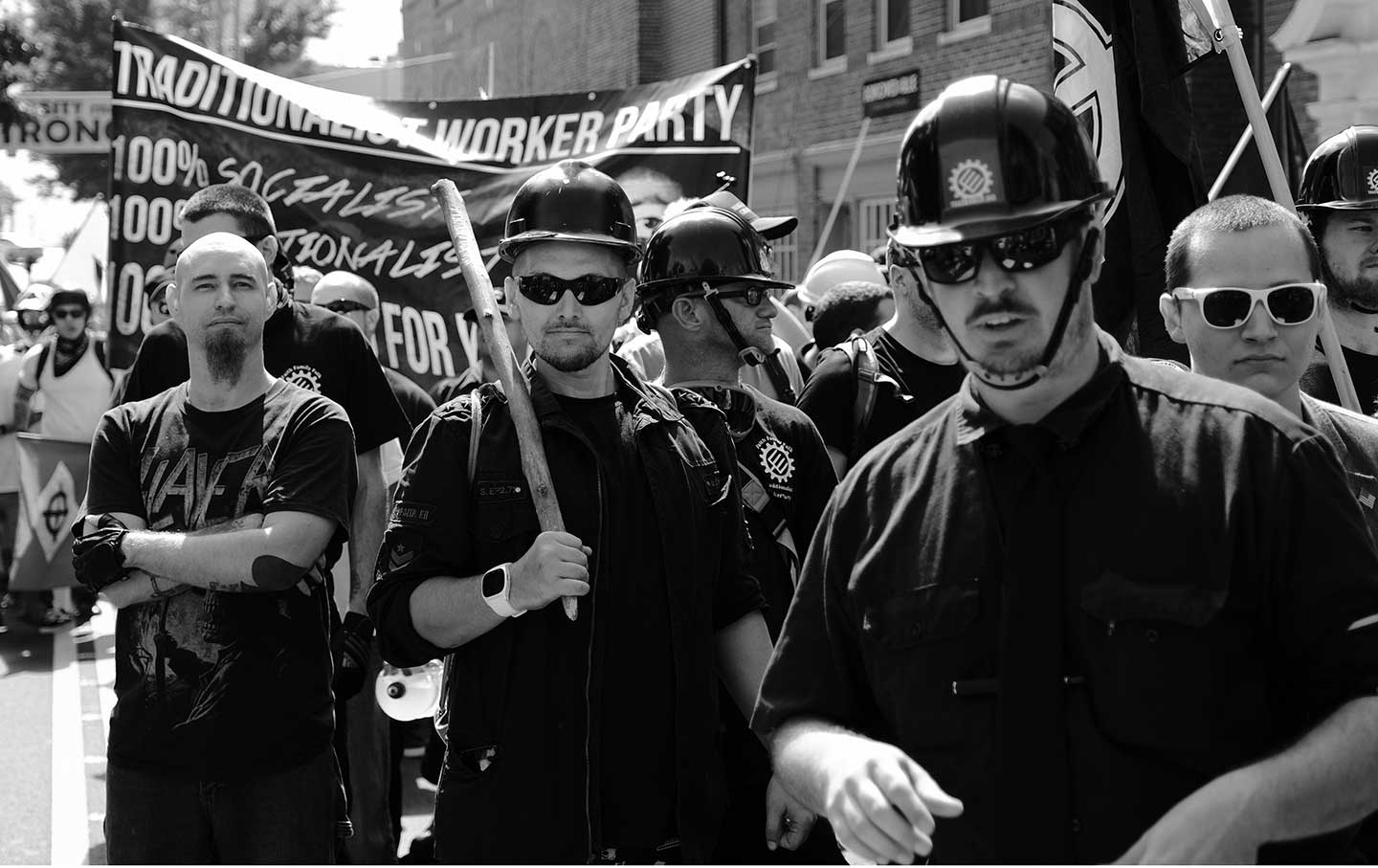 In Charlottesville, It Felt Like the Confederacy Was Trying to Rise Again

But we have a President who believes otherwise. He sees defending monuments to Robert E. Lee as an act of patriotism. He thinks “good people” march alongside Klansmen with torches. He got emotional, his face spotted with red blotches, as he retreated from his “eat your vegetables” condemnation of racists the previous day, as he defended the presence of armed and violent white nationalists in the streets of Charlottesville. He believes that people who confront Nazis are as bad as Nazis. He used the term “alt-left,” a dreadfully stupid phrase that allows for false equivalency and justifies the violence visited upon the brave resistors in Charlottesville. Unlike Saturday, where he blamed “both sides,” this time he took a side for the world to see. We have a President who could watch Casablanca and root against Rick.

Yes, we shouldn’t be surprised. We’ve seen the tweets from open white supremacists that he and his sons like to retweet into higher prominence. We know he is advised by a troika of these white nationalists—Bannon, Miller and Gorka—and has resisted calls for their removal. We know that he has pulled funding from agencies that combat white nationalist violence. We know he set up a government agency just to report on the crimes of “immigrants.” We know that Jeff Sessions is in charge of the Justice Department. We know Trump’s legacy with housing discrimination and the Central Park 5. We know that his father was arrested at a Klan rally. We know that the American Nazis wear his hats and shirts, alongside their swastika armbands. So maybe shame on me for my shock and nausea.

But there is something about hearing Nazis defended just 72 hours after the killing of Heather Heyer that is so unsettling and so evil, no amount of snark, cynicism or jaded ironic distance can inure us from its implications. The comments by Donald Trump on Tuesday, August 15th, have created a new stain on the American flag. The old stains have never quite been washed out: the stains of Native American conquest and the enslavement of African people; the epidemic of lynching and the enduring reality of Jim Crow; the stains of Japanese “internment,” McCarthyism, Vietnam and the Iraq war. But this stain is new. It’s permanent. It’s scarlet red and it’s bloody as hell.