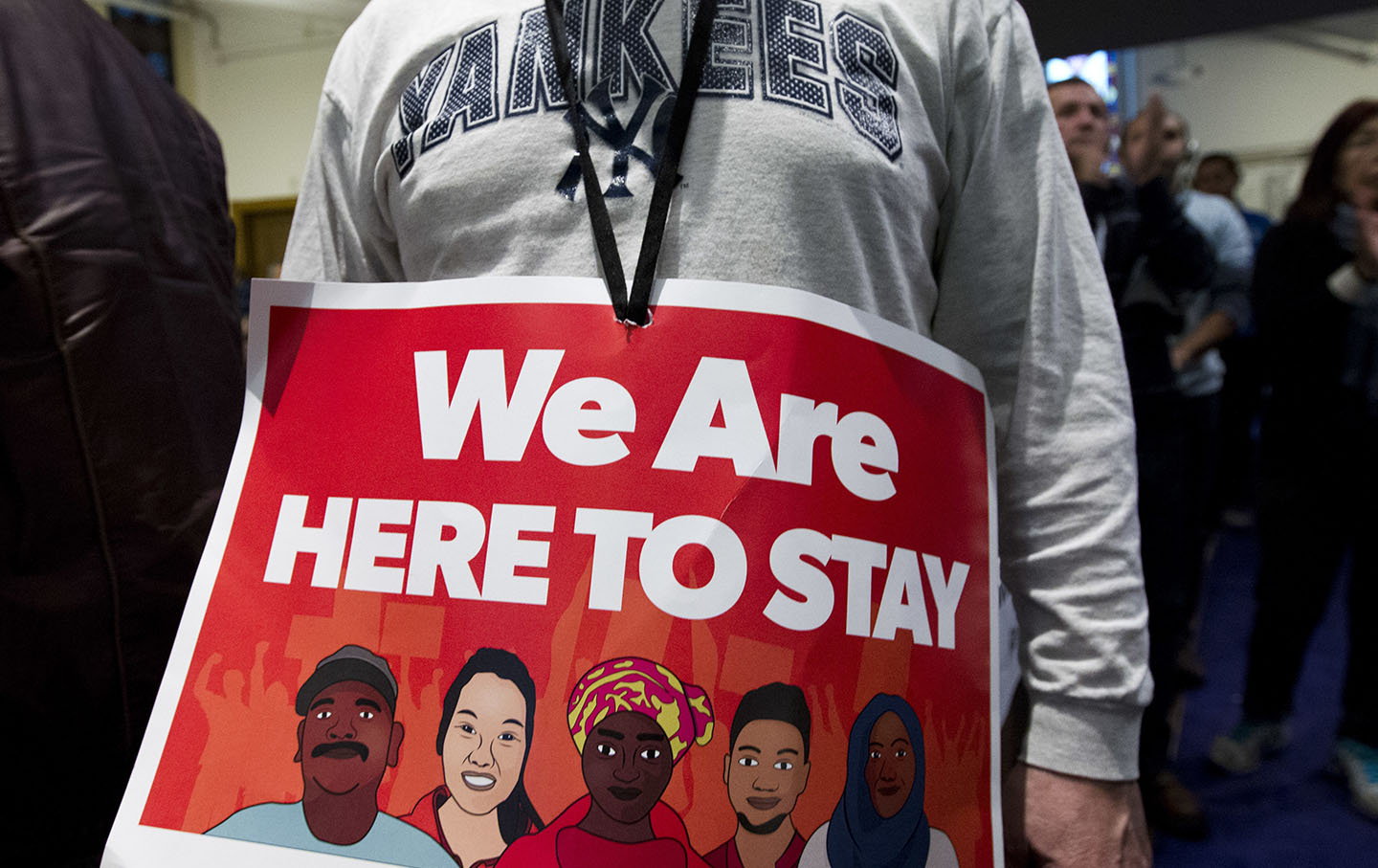 For much of the past year, anti-poverty and immigrant-rights advocates have worried that the Trump administration would reshape immigration policy on the sly. In particular, they were concerned that hard-liners in the administration would use an obscure regulatory change about how to interpret the meaning of “public charge” as a way both of slashing the total number of immigrants allowed into the United States and of reimagining which sorts of immigrants gain access.

Since the late 19th century, immigration authorities have been encouraged not to grant entry to would-be immigrants—or to not grant permanent residency rights to those already in the country—deemed likely to end up reliant on government cash assistance. In the late 1990s, Congress codified those “public charge” regulations. A noncitizen immigrant could not, therefore, receive cash benefits from welfare programs such as Temporary Assistance for Needy Families (TANF). But for more than a hundred years, nutritional and health assistance, and some forms of housing assistance, have been excluded from these rules. There was a humanitarian impulse to this, but also a common-sense, do-no-harm approach to complex public policy.

After all, why would a wealthy country, built by immigrants, and made prosperous and dynamic by its ability to attract newcomers from around the world, exclude families having a temporarily hard time of things—perhaps because of an economic downturn and a spike in unemployment—from, for example, food stamps, thus all but ensuring that their downward spiral intensifies? Or why would it deprive impoverished young kids of free school lunches—a benefit long known to provide bang for the buck by making it easier for children to focus better in school, to thrive educationally, and thus be more likely to earn higher wages down the road? Why would it go out of its way to exile immigrant families from housing assistance, thus making it more likely they will end up homeless or living in unsafe, overcrowded, disease-incubating, slum housing if their economic situation wobbles?

Why would America prevent low-income older immigrants from obtaining prescription drugs through Medicare Part D, thus making them sicker and potentially imperil the broader community through the spread of untreated infectious diseases? And what possible public-health benefit could accrue from the government’s failure to correct rumors such as that immigrants who access government-funded vaccination programs might jeopardize their residency status? 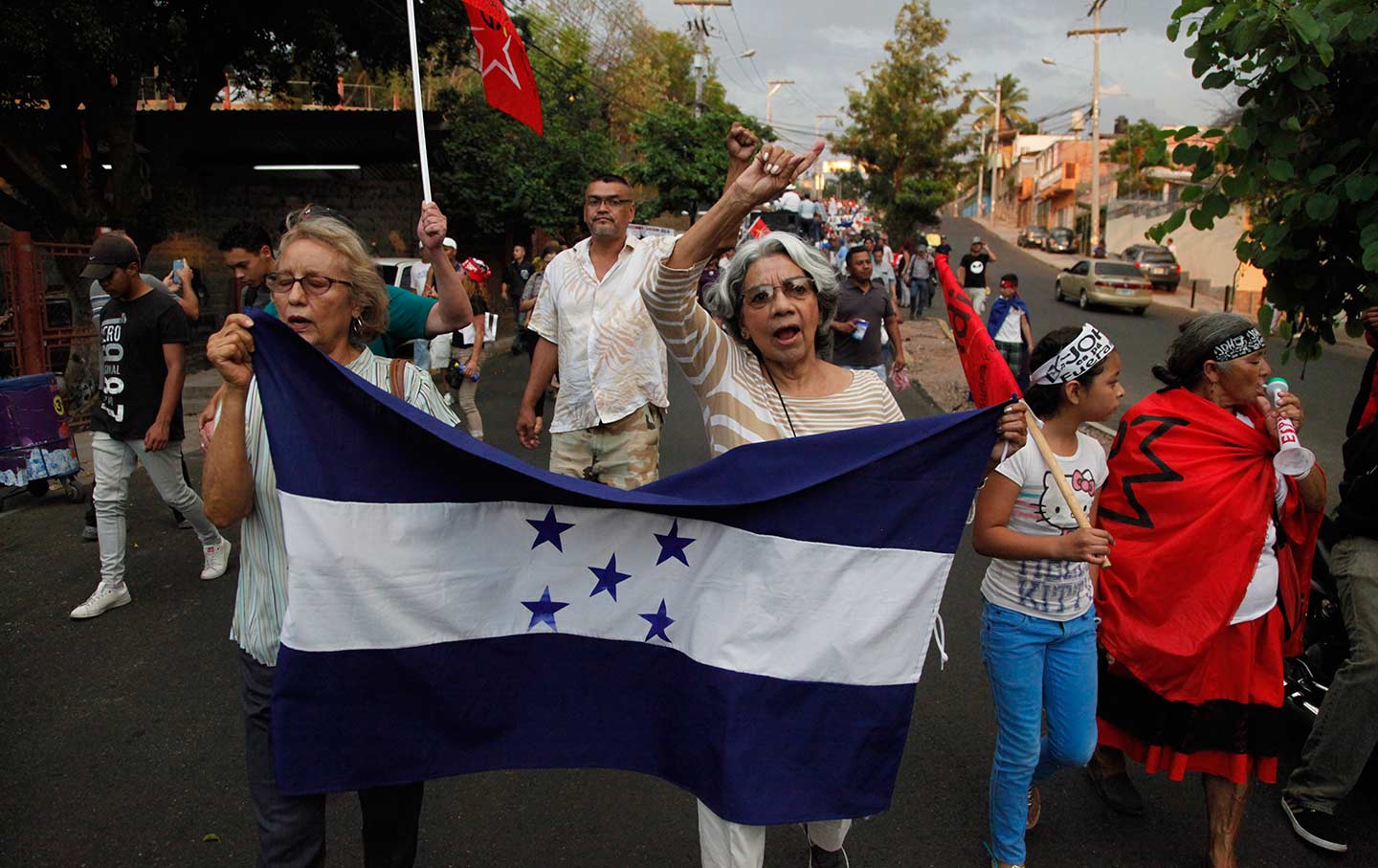 In a rational world, such proposals would be simply beyond the pale. Yet, this is neither a rational nor a humane moment in American politics. Unable to secure congressional approval to dramatically constrict legal immigration, Trump’s blood-and-soil team, with Stephen Miller leading the charge, have looked for alternative ways to implement their warped vision. Partly this involves go-slows on the approval of visas for would-be immigrants; increasingly, however, they have turned to regulatory changes as a back-door method of going after nonwhite, non-affluent immigrants.

Last Saturday, the long-rumored public-charge changes were indeed rolled out—just in time for an election season in which the GOP is seeking to shore up its ever-more-xenophobic, white-nationalist base by portraying nonwhite immigrants as essentially welfare queens, criminals, drug dealers, and predators all rolled into one.

There will be a 60-day public-comments period before the rules go into effect, which means that many GOP candidates, PACs, and their shills in the conservative media will seek to spend the entire run-up to the midterm elections portraying poor, nonwhite immigrants as exploiters sucking on the American teat; and they will attack Democrats and social-justice groups who decry the measures for their inhumanity as being both “weak” on immigration and “soft” on welfare. This is politics at its absolute worst. Numerous news outlets in recent weeks have reported on how Trump and Miller both believe that doubling down against immigrants will prove a vote-winning formula come November.

Let’s be absolutely clear about what’s happening here. Proposing new regulations to deprive immigrants and their US-citizen children of access to basic assistance programs is designed to create a caste of untouchables: immigrants who pay taxes but can’t access services; US-citizen children who are legally entitled to benefits, but whose parents’ residency rights will be challenged by a malignant government if they are indeed enrolled in these programs by their parents. It creates the utterly repugnant situation of the US government denying residency permits to would-be immigrants who meet every other criterion for admission but have a disease such as cancer or a mental-health issue that an immigration official chooses to interpret as meaning they are a “public charge” risk.

The new rules don’t require those officials to deny the applicant a visa, but it does allow them to—thus opening up a vast can of worms as to who is denied and who isn’t. And, given this administration’s long and ignoble track record of racist acts and statements; given how it is using Census questions about citizenship to discourage immigrant participation; given Trump’s incendiary comments about “shithole countries”; given his rollback of Temporary Protected Status for hundreds of thousands of Central Americans, Haitians, and Africans; given his ongoing attempts to end DACA; given his locking up of asylum seekers and locking out of refugees, it’s hard to imagine that black and brown applicants, people from those “shithole” locales, will be given a fair shake in this discretionary process.

If, after the 60-day comments period, these rule changes are implemented, it will represent the biggest constriction of the legal immigration process since the establishment of admission quotas in the early 1920s. The new regulations would shred the intent of the 1965 immigration reforms that have guided immigration policy for more than half a century. And they are designed to sow terror in immigrant communities already in the United States, both because they will expand the list of benefits that are included in the “public charge” definition and because it will spread a miasma of rumor intended to scare immigrants away from even those benefits and tax credits to which they will remain legally entitled.

In August, New York Governor Andrew Cuomo said that his state stood ready to sue the administration to block the implementation of new public-charge regulations. Almost certainly many other states, including California, as well as immigrant-rights organizations nationwide will also file suit. So far, more than 600 groups have signed a letter opposing these changes. “We will work diligently with our partners in the immigrant community to prevent the rule from becoming final,” says Jessica Bartholow of the California-based Western Center on Law & Poverty. “And, if it does become final, we will work to reverse the rule and to ameliorate its impact in California.”

The stakes are extraordinarily high.

Conservative estimates are that nearly 400,000 immigrants and would-be immigrants will be affected each year by this change. That would be bad enough, another shocking addition to the ledger of deliberately inflicted pain that this administration is compiling on America’s poor and vulnerable. But immigration-rights advocates and anti-poverty workers fear the actual effect would be exponentially larger, as immigrants stampede away from any and all benefits that might jeopardize their status in Trump’s snarling, vicious, white-nationalist America.