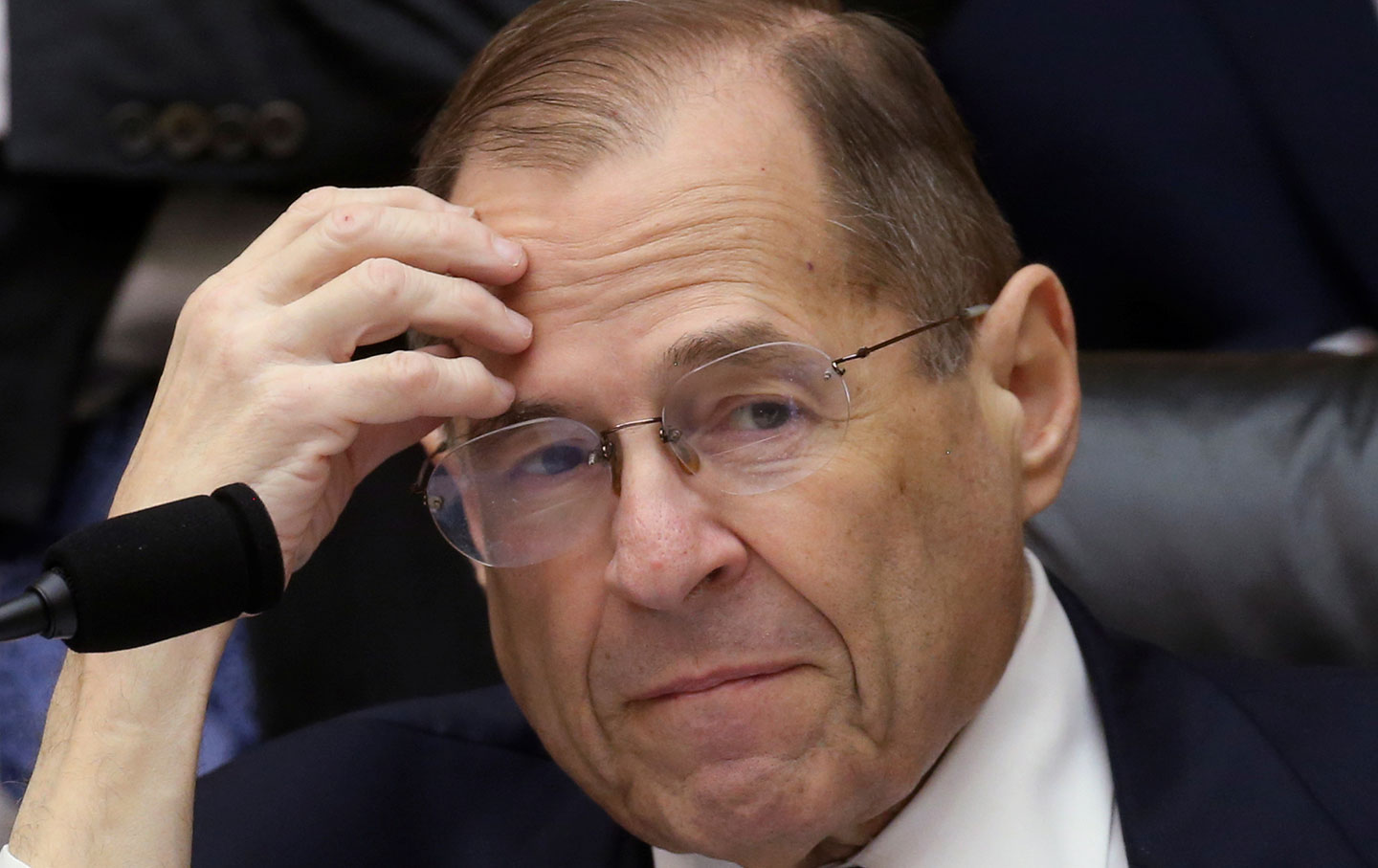 Jerry Nadler at a House Judiciary Committee meeting to vote on holding Attorney General William Barr in contempt for refusing to comply with a subpoena seeking an unredacted version of the Mueller report. (Reuters / Leah Millis)

Congressional Progressive Caucus co-chair Mark Pocan has been saying for months that “Congress must now do its job” and open a formal impeachment inquiry. It’s been a frustrating fight for the Wisconsin Democrat in the face of resistance from House Democratic Caucus leaders.

He’s not alone in his call. Most members of the caucus now support formal action that might lead to the impeachment in the House and a trial by the Senate. They know Mitch McConnell’s amen corner for this presidency might reject its duty to remove an errant executive whose presidency has turned into a daily assault on the Constitution’s Emoluments Clause.

But Representative Alexandria Ocasio-Cortez has it right: “I want to see every Republican go on the record and knowingly vote against impeachment of this president knowing his corruption, having it on the record.” Instead of worrying about holding the president to account, Democrats should be forcing the issue—if only to identify the Republican senators who are willing to “protect the amount of lawlessness.”

But even as the Democrats who matter—the members of the House Judiciary Committee—are acting on the issue, leaders of the party keep sending mixed signals. And the media, obsessed as it always is with the meanderings of the powerful rather than the actual news of the day, tends to go along with the charade. So there is still some confusion about whether the Judiciary Committee has launched an actual impeachment inquiry.

Let’s clear things up: House Speaker Nancy Pelosi says that she’s “not answering any more questions about a possible inquiry, investigation, and the rest” because “there is nothing different from one day to the next.”

But something new did happen on Thursday. The Judiciary Committee’s Democratic majority voted to open an “investigation to determine whether to recommend articles of impeachment with regard to President Donald J. Trump.” In so doing, they established guidelines for pursuing an inquiry—with committee chair Jerry Nadler noting, correctly, that “Some call this process an impeachment inquiry. Some call it an impeachment investigation. There is no legal difference between these terms.”

The “resolution for investigative procedures” that was approved by the committee allows its members to accept sensitive evidence in closed executive sessions. It clears the way for subcommittees to schedule hearings and question witnesses on impeachment-related issues. And it permits legally and technically experienced staffers to join in the questioning of witnesses during committee hearings.

This is how an impeachment inquiry works—no matter what Speaker Pelosi says or refuses to say about it.