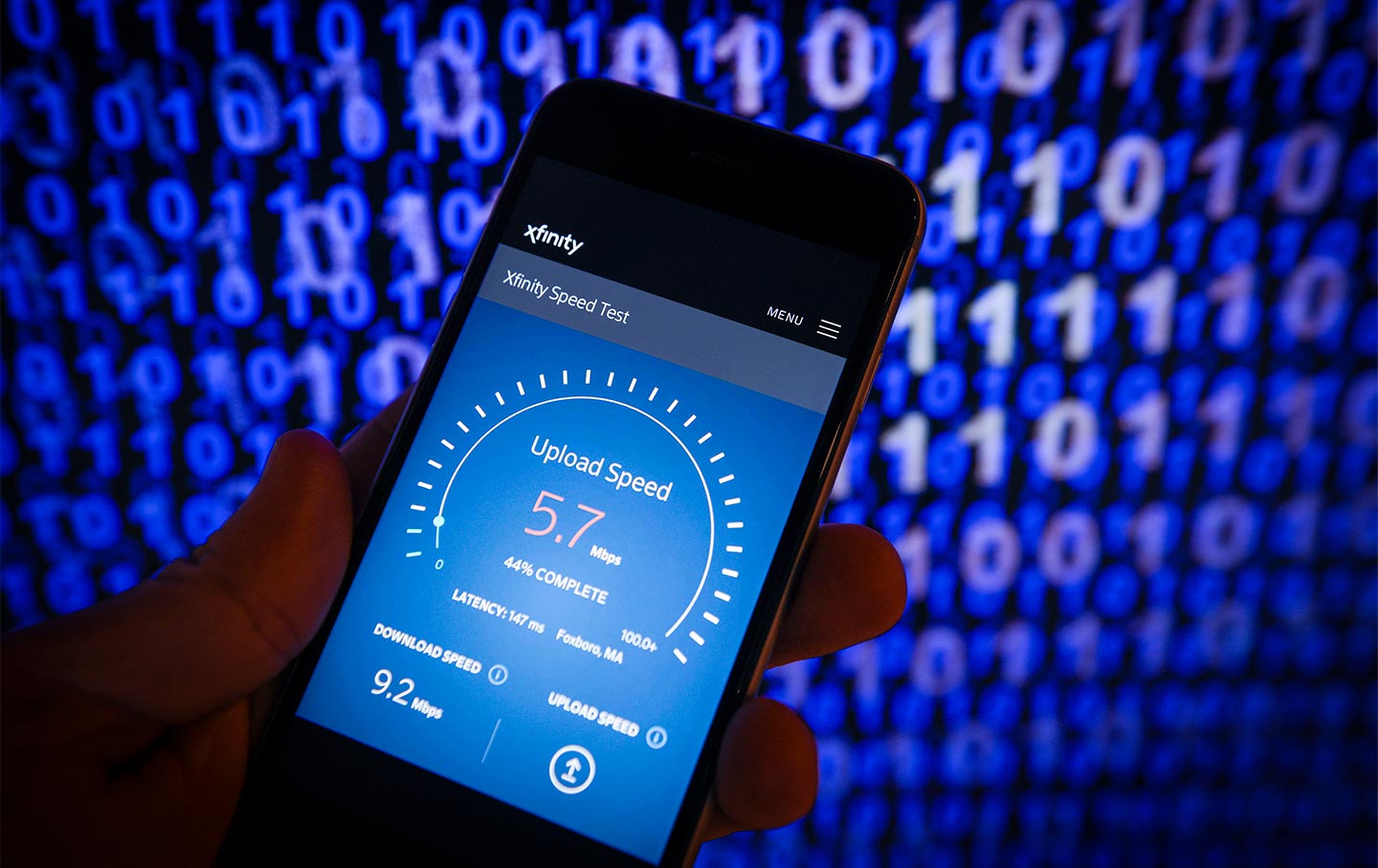 Donald Trump assumed the presidency and immediately attacked the foundations of a free and open Internet. He did this by putting in place a Federal Communications Commission chairman and an FCC majority that overturned net neutrality protections with the commission’s 2017 vote to eliminate what advocates identify as “The First Amendment of the Internet.”

On Tuesday, the US Court of Appeals for the DC Circuit issued a ruling that effectively upheld Trump’s FCC’s decision, even as one of the judges on the panel acknowledged that she was “deeply concerned that the result is unhinged from the realities of modern broadband service.”

“With this decision, the Court demonstrates it just doesn’t ‘get it’ when it comes to an open internet,” says former FCC Commissioner Michael Copps, who now works with Common Cause on media issues. “Without net neutrality rules, Comcast, Verizon, and AT&T are in the saddle and consumers are being ridden to higher prices, internet throttling, blocking, and slow-lane traffic.”

So is that the end of it?

Has Trump gotten away with remaking the Internet as a plaything of telecommunications conglomerates where commercial and entertainment demands will invariably overwhelm civic and democratic values? No, not at all.

The court did not reject net neutrality as an unworkable or unconstitutional concept. “The court’s 186-page decision boils down to this: The judges deferred to the so-called expert agency,” explains Craig Aaron, the president of the media reform group Free Press. “This is in line with the established Supreme Court precedent, even when you have an agency as misguided, biased and just plain wrong on the facts as this one.”

It is disappointing that the judicial branch will not step up to preserve the freedom and flexibility for online organizing that, Free Press notes, serves as “bedrock of every single social-justice movement happening today.” But it is also clarifying. Supporters of net neutrality now know exactly what they can do, and how to do it. Indeed, the DC Circuit has provided something of a road map for how to advocate for a free and open Internet in the Trump era, and beyond.

The court’s ruling, Copps points out, “reverses the FCC’s decision to preempt state net neutrality laws, making clear that states are free to pass such legislation in order to protect their residents. The states thus retain their ability to fill the void caused by the repeal of federal net neutrality rules. California has already passed the gold standard for state net neutrality legislation, and other states should follow that model.”

The Trump Justice Department has, as part of the administration’s fight against net neutrality, challenged the California law. And some states have appeared to be hesitant to follow California’s lead. The DC Circuit’s clarification of the matter, Mozilla chief legal officer Amy Keating says, should “free states to enact net neutrality rules to protect consumers.”

In addition to California and the three other states that have passed strong net neutrality legislation, five have issued executive orders saying they won’t do business with ISPs that violate net neutrality, according to Aaron, who notes that another 27 states have opened discussions about such legislation.”So,” he says, “we’re taking it to the states.”

But don’t stop there. Take it to the Congress, which has the power to pass laws that protect the public interest, and that require the FCC to do the same. In March of this year, Massachusetts Senator Ed Markey and Representative Mike Doyle introduced the Save the Internet Act, a measure that, supporters explain:

enacts the three legacy net neutrality principles—no blocking, no throttling and no paid prioritization—and empowers the FCC to prohibit unjust, unreasonable and discriminatory practices. The legislation also ensures consumers can make informed decisions when shopping for internet plans and restores the FCC’s authority to fund broadband access and deployment, particularly for rural communities and struggling Americans.

The House has already approved the measure, and 46 Senate Democrats are cosponsoring the proposal in their chamber. Several key Republicans have spoken up in favor of net neutrality, including Maine Senator Susan Collins, so Senate approval is within the realm of possibility. But Senate majority leader Mitch McConnell has to allow a vote. On Tuesday, Markey responded to the court ruling by making this point:

“It is more imperative than ever that Congress enacts my ‘Save the Internet Act’. This legislation does exactly what the American people want—it restores the rules that ensure families aren’t subject to higher prices, slower internet speeds, and even blocked websites because the big broadband providers want to pump up their profits. I call on Leader McConnell to stop the obstruction and bring to a vote on this legislation that passed House of Representatives in April. The future of the internet as we know it depends on it.”

Of course, there is still the matter of the presidency, which is currently occupied by the man who put in place the FCC that has gutted net neutrality. It’s essential that those who seek to replace Trump make a commitment, as Massachusetts Senator Elizabeth Warren has, to “appoint FCC Commissioners who will restore net neutrality, regulating internet service providers as ‘common carriers’ and maintaining open access to the Internet.”

Warren’s not alone in that commitment. Vermont Senator Bernie Sanders has made it a theme of his campaign. After the court decision was announced Tuesday, Sanders said, “This ruling threatens to give more power to unaccountable companies like AT&T, Comcast and Verizon over what we see and do on the internet. We must fight to keep the internet free and open—not dominated by corporations. This struggle is essential to free speech and democracy.”