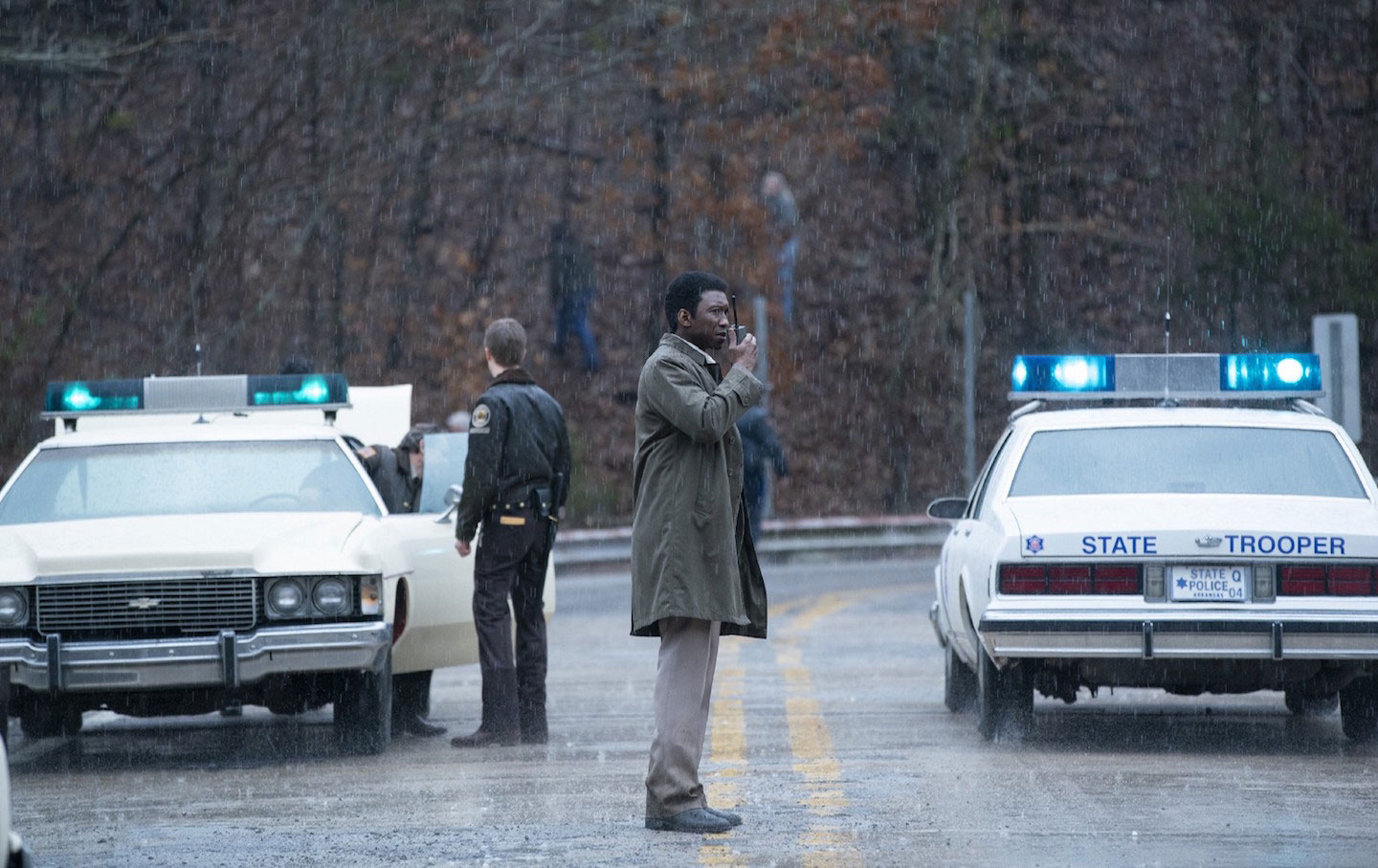 “This is a world where nothing is solved,” Matthew McConaughey’s Rust Cohle told us in the beloved first season of True Detective. “Everything we’ve ever done, or will do, we’re gonna do over and over and over again.” Here was the grim prophecy that showrunner Nic Pizzolatto accepted as a challenge with his anthology crime series, whose third season premieres January 13 on HBO. Back when True Detective debuted to instant critical rapture in 2014, the former English professor was quick to point out the multiple meanings of Cohle’s “time is a flat circle” monologue: “You can see it as Job crying out to an uncaring God,” he explained. “Or you could see it as a character trapped in a TV show yelling at the audience.”

Like everything we’ve come to expect from Pizzolatto and True Detective, this proclamation is either righteously ambitious or a pretension verging on self-parody, depending on how much faith you have in his vision. For a lot of viewers, the line was drawn when the show returned in 2015 for its divisive second season. Eschewing the earnest intensity of its predecessor for a muddled web of California noir, the season widened the show’s scope while operating against Cohle’s theory of perpetual repetition. Although certain trademarks remained (corrupt bureaucracy, rampant alcoholism, brooding characters fond of uninterrupted soliloquies and bold mustaches), the purposefully inscrutable season often felt like the work of someone trying to shed his strengths, desperate not to do the same thing “over and over and over again.”

With season three, Pizzolatto gives up the fight. The similarities with the first season are impossible to ignore. In a fictionalized Southern town (West Finger, northwest Arkansas), two detectives—a shit-talking alpha everyman, the cannily named Roland West (played by Stephen Dorff), and his sensitive, antisocial partner, Wayne “Purple Haze” Hays (played by Mahershala Ali)—investigate the events surrounding the disappearance of two children, who have gone missing in the woods. Over the span of three overlapping timelines, the investigation is closed, reopened, and reexamined, as one of the detectives, now old and worn down by life, finds himself tormented by loose ends, with little left to lose. Along the way, the two men shoot the shit in a police car, smoke audibly sizzling cigarettes, and test their loyalty to each other as circumstances grow dark and strange. It’s maybe exactly what HBO hoped for when the network signed Pizzolatto on after the first season’s runaway success.

Five years later, the stakes are noticeably lower. Despite the new season’s constant flashes forward and back—in 1980, Hays and West first catch the case; in 1990, they return to it after new evidence surfaces; in 2015, a 70-year-old Hays reexamines the evidence while being interviewed for a true-crime TV show—the plot itself is straightforward. There are no Lovecraftian allusions or mysterious gunmen wearing raven masks. Instead, Pizzolatto introduces us to an ominous group of teens who dig Black Sabbath and hang out at a place called Devil’s Den, as well as a tragic Native American outsider, Brett Woodard (Michael Greyeyes). Directed by Jeremy Saulnier (Green Room), the first two episodes deliver the new season’s most captivating action sequences: Tellingly, most of them are simple tracking shots of Hays stalking through the woods for clues. 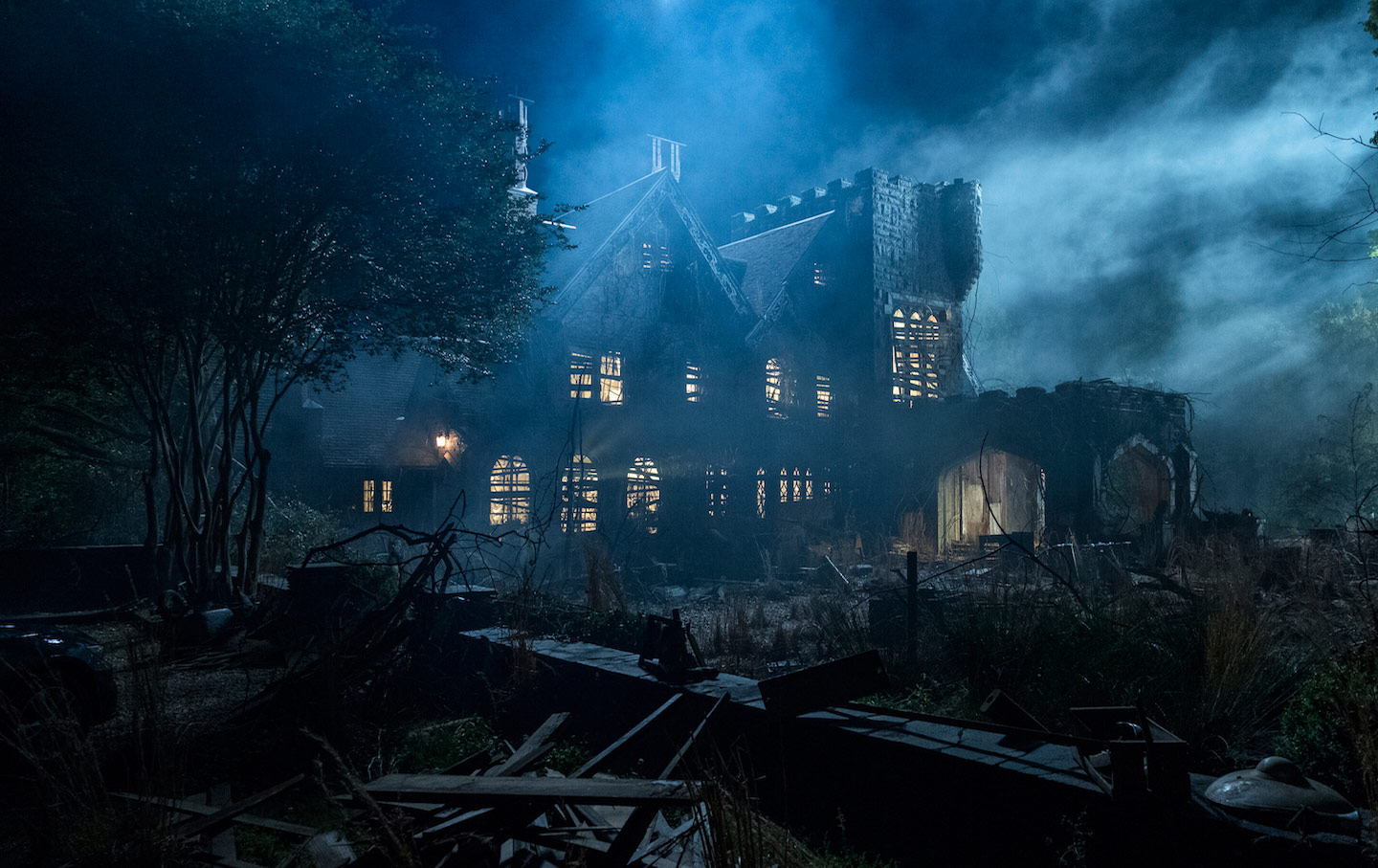 In ‘The Haunting of Hill House,’ Hell Is Other People

As in previous seasons, the actual investigation—which Pizzolatto seems to realize lacks the momentum to focus on for too long at a time—soon becomes less pivotal than the events swarming around it. With an operating principle of simplicity, Pizzolatto and occasional collaborator David Milch (Deadwood, Hill Street Blues) write dialogue that echoes the sensation of entrapment, hiding answers just outside the show’s periphery and often crashing against the limitations of the plot. A grieving father laments that he can neither sleep nor wake up; Woodard reflects while being interrogated, “You ever been some place you couldn’t leave and you couldn’t stay, both at the same time?” Lacking the previous seasons’ surrealist touches, this is True Detective’s bleakest, straightest story yet. Characters often find themselves with literally nothing to say, silently reacting and replaying events in their minds.

Unsurprisingly, the mood is carried best by Ali as Hays. In the later timeline, his character struggles to maintain a sense of dignity and purpose in the early stages of dementia. In the earlier timelines, he encounters constant racism throughout the small, working-class town. “I know where I am in a way you will never understand,” he tells partner West, after one of several demeaning conversations with his white superiors. While Hays is mostly depicted as a loner—his character is known to enjoy comic books and Star Wars but is rarely seen indulging in any pastime apart from sadly sipping beer—he finds a brief connection with Woodard, a fellow Vietnam veteran and an early suspect in the case. As is telegraphed early on, things do not end well. Like many of the season’s dynamics, their relationship is painted in only broad strokes, but their exploration of class and race is admirable new territory for the show.

Also new is the series’ first actual love story—a central partnership that overshadows the more functional alliance between Hays and West. Amelia Reardon (Carmen Ejogo) is a high-school English teacher with ambitions to become a writer when she meets Hays early in the investigation. They immediately find chemistry. Eventually, Reardon becomes more involved in the case, culminating in her writing a lengthy book about it. (By 2015, it is considered a “classic of literary nonfiction.”) A welcome perspective in the world of True Detective, Reardon often mirrors the show’s critics, taking its protagonist to task when he verges on becoming merely a grimacing cliché: “You’re this grown man with no agency of his own,” she snaps at Hays during a fight. “Fate just keeps throwing him curveballs!” Sometimes feeling like a separate show entirely, the arc of their relationship becomes the season’s most compelling focus.

In this way, True Detective’s third season fares best as a story of basic human connection and failure: broken communication, lost identities. Where the first season depicted Cohle’s philosophical transformation from nihilism toward something resembling hope, Pizzolatto now traces a bleaker trajectory. Weighed down by the deteriorated relationships around him, the elderly Hays wanders his home in a fog (and excellent age makeup), using the case as a window into his own sad history. Reading his wife’s book for the first time, he finds himself struck with new revelations about his mistakes, both professional and personal. Exploring the grim certainty of battling time, Ali carries the show by subtly pushing against expectations, finding empathy in the murkiest darkness that True Detective has ever explored. Through his performance, the season’s familiarity doesn’t aim to pander; it only haunts.