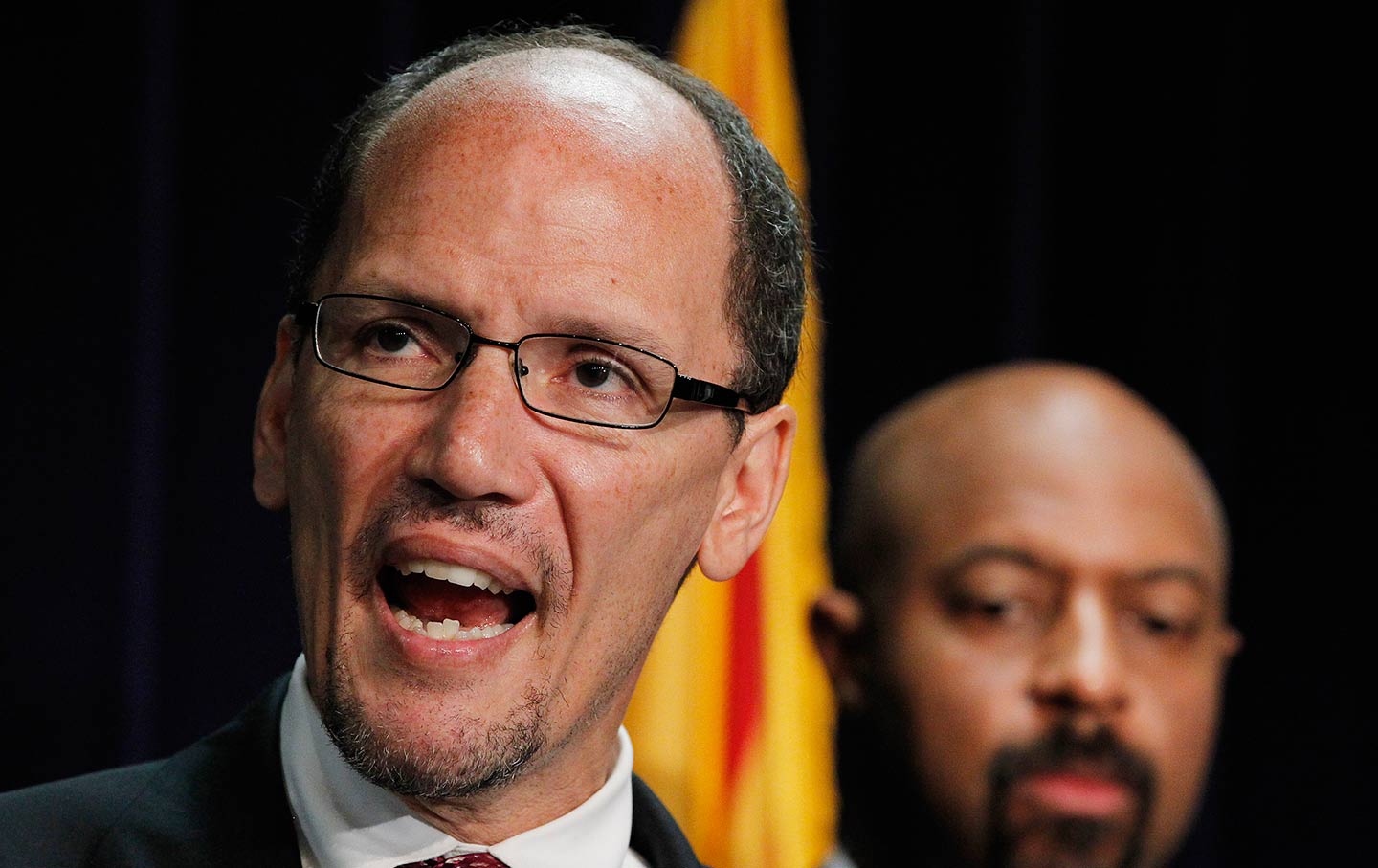 Tom Perez could’ve been attorney general if Hillary Clinton had been elected president. Instead he’ll be chair of the DNC.

Conventional wisdom portrayed the race for DNC chair as a rerun of the 2016 presidential campaign, with Perez as the corporate establishment and Keith Ellison as the insurgent progressive. That narrative was greatly overstated. While I preferred Ellison as DNC chair, Perez has a strong and impressive progressive record, especially on civil rights.

As head of the Justice Department’s Civil Rights Division under President Obama from 2009 to 2013, Perez challenged strict voter-ID laws in Texas and South Carolina, sued Maricopa County Sheriff Joe Arpaio for racial profiling and objected to Arizona’s anti-immigration SB 1070, investigated police misconduct in a record number of cities, and rebuilt the Civil Rights Division after rampant politicization during the George W. Bush Administration.

Following that, as Obama’s labor secretary, Perez expanded overtime for 4 million workers and championed the Fight For $15 movement. Mary Kay Henry, president of SEIU, called Perez “one of the finest labor secretaries since Frances Perkins,” referring to FDR’s labor secretary. Perez is also the child of refugees who fled political persecution in the Dominican Republic.

This experience is particularly relevant now, as the Trump administration plans to wage war on voting rights, Jeff Sessions is already reversing Obama-era directives on LGBTQ rights and private prisons, and congressional Republicans are pushing a national right-to-work law. Trump is the greatest threat to democracy in our lifetime, and few are better equipped to fight back than Perez. (He also shrewdly made Ellison his chief deputy.)

Among other things, he’s called for a “voter empowerment office” at the DNC to make protecting voting rights a top priority for the party. “I’m proposing that the DNC dramatically expand its voter protection efforts and scale a voter empowerment office that is fully funded and fully staffed with legal experts operating year round and integrated with the party’s regional, organizing, and digital staff,” Perez said in January. “This investment is critical to ensure that everyone who is eligible to vote can do so without obstacles.”

Perez’s first task will be to revitalize the party internally—boosting forgotten state parties with a new 50-state strategy, repairing the breach that exists between the DNC and grassroots activists who are bitter about the Debbie Wasserman Schultz era, and channeling the resistance against Trump into electoral results. Perez doesn’t have the political experience of someone like Ellison, so time will tell if he’s up to the job. But at a moment when Democrats are searching for leaders, Perez can powerfully take on the Trump administration on issues like voting rights, policing, immigration,  and the economy. For progressives upset about Ellison’s loss, Perez is a pretty darn good second choice.