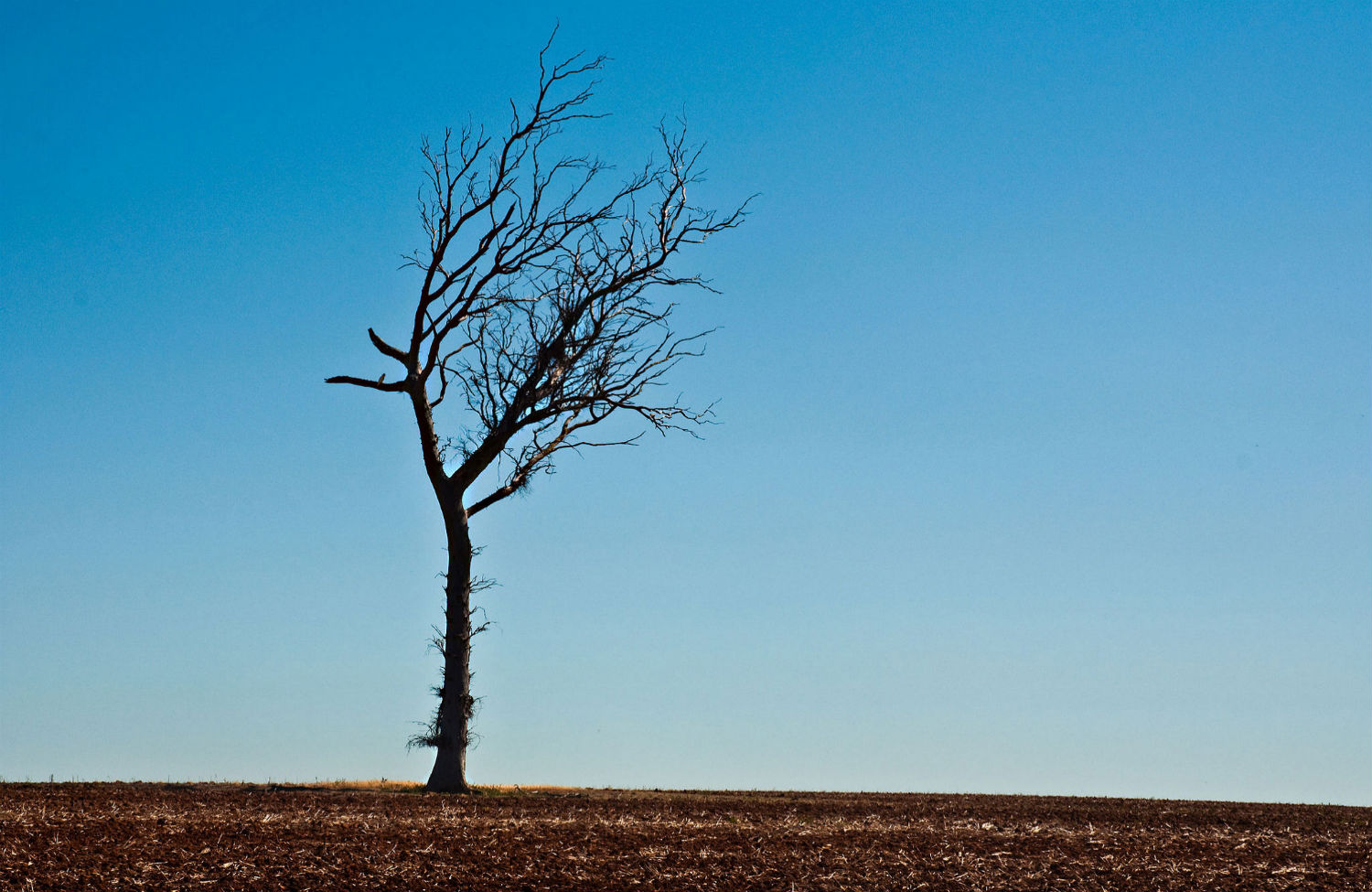 While reading through The Nation’s coverage of the droughts and dust bowls of the 1930s and 1950s—antecedents of the current spell afflicting the American West—I came across three poems published in our pages under the same stark title: “Drought.” The first is from 1964; the other two are both from 1977. Biographical notes on their authors follow the texts. 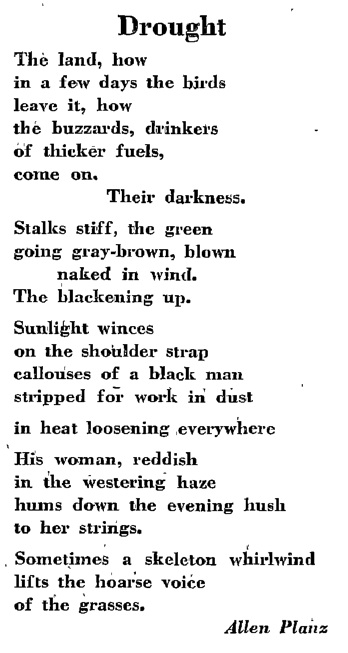 Allen Planz was a poet and commercial fisherman who died in 2010. His most well-known book was perhaps A Night for Rioting (1969). The late Peter Matthiesson praised Planz as “the best poet of the sea that we have.”

Keith Bosley, born in 1937, is a British poet and an accomplished translator, especially of Finnish works such as The Kalevala. 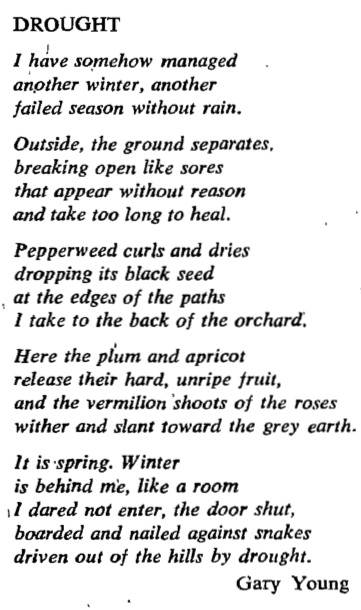 Gary Young, born in 1951, is a poet and artist and the founder of Greenhouse Review Press. Recent volumes include Pleasure (2006) and Braver Deeds (1999). He is currently the poet laureate of Santa Cruz County.