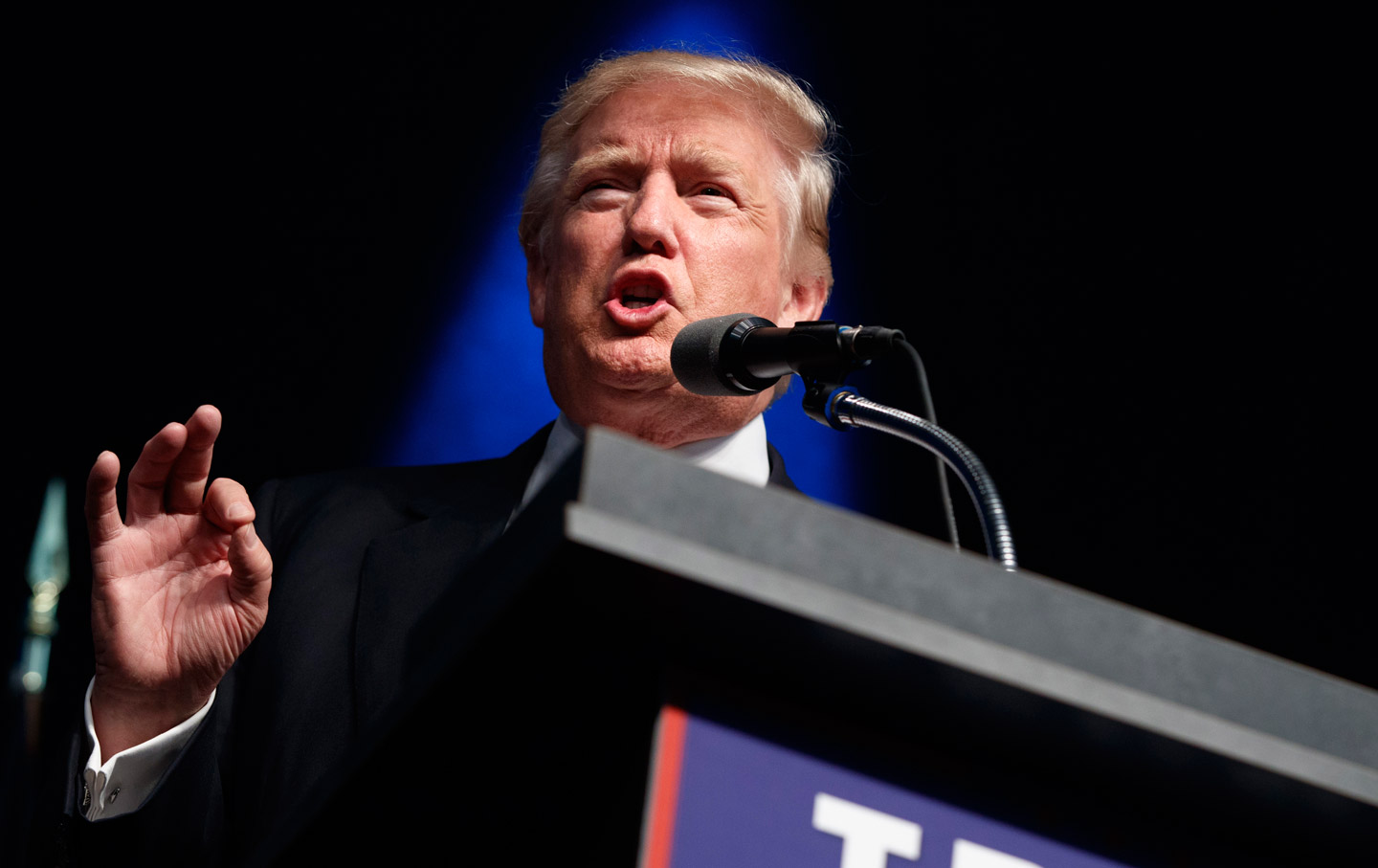 For all the chicanery and foolishness that happened in politics this week—Donald Trump’s appearance on a daytime talk show hosted by a diet pill–hocking fraudster, in order to provide transparency about his health records, bends the capability of satire—two very ominous things occurred.

The first was Troy Newman’s endorsement of Donald Trump, who Newman believes “offers our best hope of pushing back the Culture of Death in America.” Newman is a prominent anti-abortion radical who wrote a book-length argument in favor of killing abortion providers, Their Blood Cries Out, which maintains that

the United States government has abrogated its responsibility to properly deal with the blood-guilty. This responsibility rightly involves executing convicted murderers, including abortionists, for their crimes in order to expunge bloodguilt from the land and people.

Newman’s group, Operation Rescue, has been tied to several abortion-related killings in the United States, most notably the 2009 slaying of Kansas abortion doctor George Tiller. Police discovered a Post-It note with the phone number of Operation Rescue’s “senior policy adviser,” Cheryl Sullenger, on the assassin’s dashboard. (Sullenger herself pleaded guilty in 1987 to conspiring to bomb a California abortion clinic). Operation Rescue still maintains a directory of abortion providers nationwide on its Web site, including photos of the building exteriors.

The other disturbing development happened in a Washington, DC, ballroom over the weekend, when Kentucky Governor Matt Bevin told a conservative conference that some people asked him whether the nation could survive Hillary Clinton as president.

“And while there are people who have stood on this stage and said we would not [survive], I would beg to differ. But I will tell you this: I do think it would be possible, but at what price?” Bevin said. “The roots of the tree of liberty are watered by what? The blood. Of who? The tyrants, to be sure, but who else? The patriots.”

America has a long legacy of political violence, and both of these events remind us of fairly recent iterations. Radical anti-abortion activists have been assassinating abortion providers for the past 20 years; last year, a string of arsons and acts of vandalism hit abortion clinics nationwide and a deranged man shot up a clinic in Colorado Springs, Colorado, killing three, and declaring himself “a warrior for the babies.”

The old Jefferson line about bloody nourishment of the tree of liberty is central to right-wing extremist movements and militias, known loosely as the Patriot movement. Timothy McVeigh, the deadliest member of this movement, was wearing that quote on the back of his T-shirt when he was arrested.

This is the worst possible moment to start hearing these voices in prominent spaces again, because Donald Trump has increased the chances for political violence like no major party candidate in recent memory.

He has literally urged his crowds to attack protesters. In Iowa he said, “Knock the crap out of them, would you? Seriously. Okay?” In Nevada, “I’d like to punch him in the face, I’ll tell you.” He complained to a crowd in Oklahoma that “In the good old days, they’d rip him out of that seat so fast. But today, everybody’s politically correct. Our country’s going to hell with being politically correct.”

Trump suggested that “Second Amendment folks” might be able to do something about a President Hillary Clinton’s nominating Supreme Court judges. One of his surrogates said Clinton should be executed for “treason.”

And Trump has labored to convince his supporters that the upcoming election might be rigged, which undermines many people’s fundamental faith in the transfer of political power.

This isn’t some AM radio barker, but the Republican nominee for president, and he has created an extraordinarily unusual and unstable environment. Maybe nobody will act on Bevin’s remarks in particular, nor be excited by the elevation of Newman’s voice. But both are just more signposts along a very dangerous road that we are on. They shouldn’t be ignored.