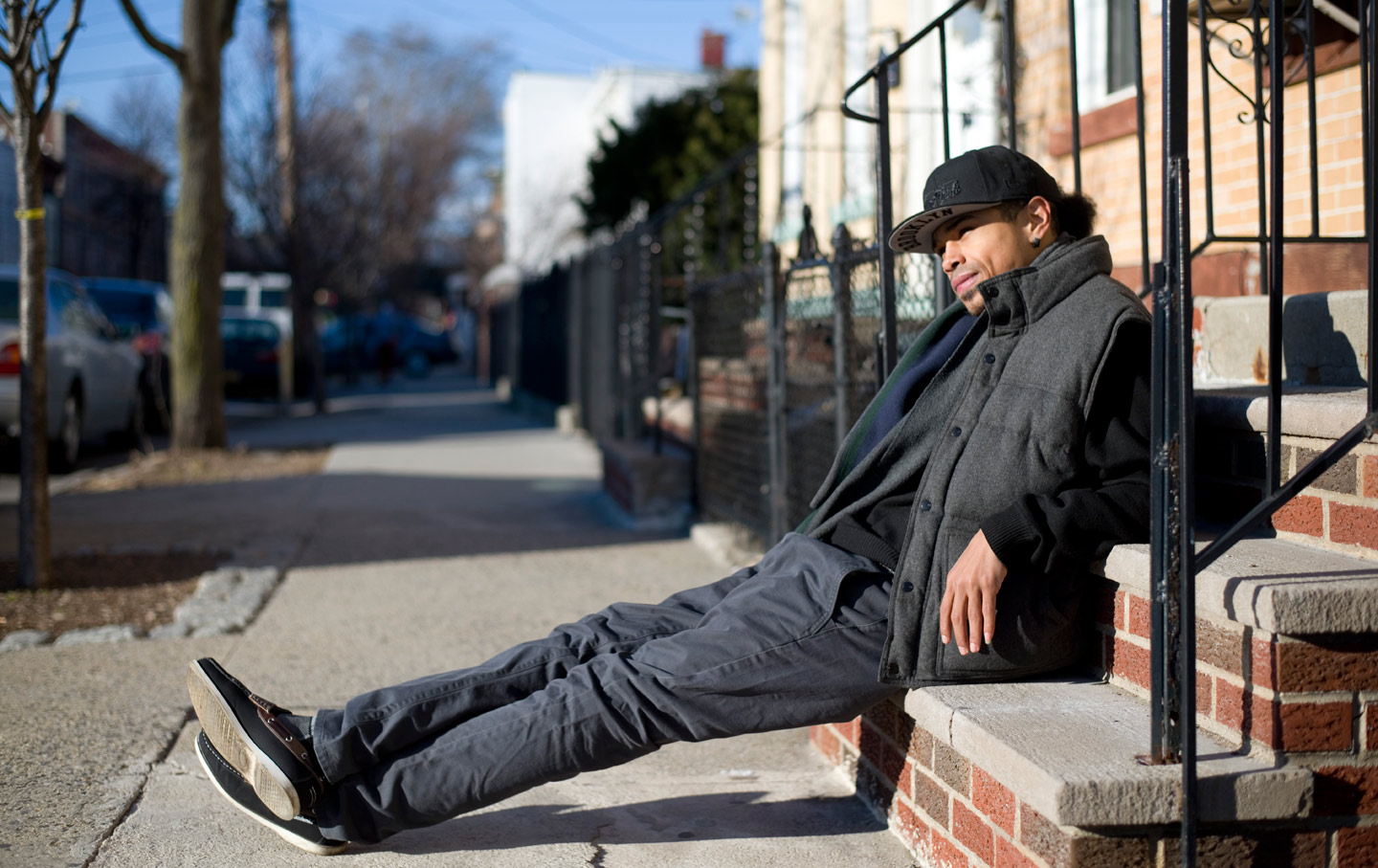 Joshua Jacobo avoids homelessness thanks to a network of friends and family in East New York, Brooklyn, where his family has lived since the 1940s. (Richard Yeh / WNYC)

Subscribe to There Goes the Neighborhood on iTunes. New episodes each Wednesday.

Joshua Jacobo has lost count of how many  places he’s lived in his adult life. He estimates he’s on his 15th room; he’s just turned 29. His family has been in East New York, Brooklyn, since the 1940s, so he’s got roots here. Those connections keep him from becoming homeless. When he’s between rooms or needs to avoid his landlord, he crashes with his grandmother. When he gets evicted, friends and family help find someone willing to put him up for less than $500 a month.

There are many reasons for Joshua’s housing churn—he’s got a criminal record; he’s had fights with neighbors. But whatever the particulars, the real issue is that he’s poor, and housing instability is a defining trait of poverty today, as rents have skyrocketed and safety nets have been shredded. Since 2008, over half of poor renters nationwide have spent the majority of their income on housing.

This is the crisis that lurks beneath the fights over gentrification. In black and Latino neighborhoods across the country, housing is a deeply contested commodity. Developers targeting young professionals and global investors have sent a surge of capital into places where public and private dollars once fled. Families in these areas that never escaped the recession are now feeling the shove.

There Goes the Neighborhood abandons the predictable debates over gentrification and instead examines the political and economic process behind it. Listen each week at TheNation.com, or download it anywhere you get your podcasts.

Preview: What We Really Mean When We Say ‘Gentrification’

Episode 1: How Brooklyn Got Gentrified