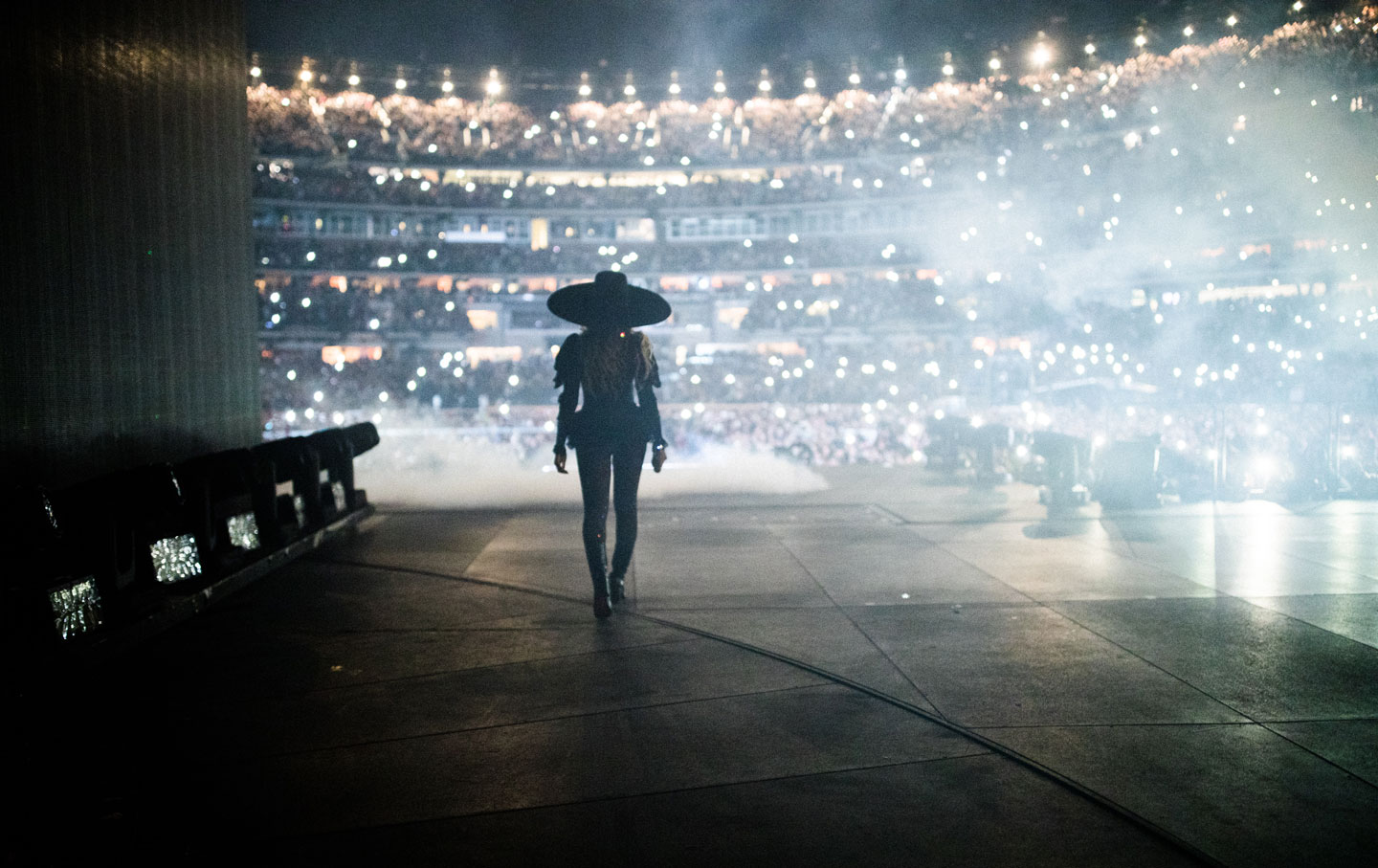 With no one else to call on, not even God sometimes, Beyoncé represents a model of perfection in Morgan Parker’s newest collection of poems, There Are More Beautiful Things Than Beyoncé. The pop icon exemplifies confidence, glamour, beauty, and grace; she is an idol that many fans use to generate visions of their best selves.

There are more beautiful things than Beyoncé: self-awareness,
Leftover mascara in clumps, recognizing a pattern
This is for all the grown women out there
Whose countries hate them and their brothers
Who carry knives in their purses down the street
Maybe they will not get out alive

There are things more beautiful than Beyoncé—maybe a controversial position to some—and, Parker is saying, Beyoncé is the conduit through which many people could find those things. That is if, Parker implies, we could manage to get past the idolatry. By acknowledging, if not embracing, imperfection, Parker allows the struggles and the messiness of life—with a particular focus on black womanhood—to breathe.

Originally from a suburb of Los Angeles, Parker completed her undergraduate studies at Columbia University before moving on to receive her MFA in poetry at New York University. In 2013, she was selected for the Gatewood Prize by Eileen Myles, which led to the publication of her first book, Other People’s Comfort Keeps Me Up at Night (Switchback Books). And she’s received fellowships from Cave Canem and the National Endowment for the Arts, among others. Currently, she works as an editor for the Amazon Publishing imprint Little A and teaches the occasional creative-writing course.

In many ways, Parker is a millennial poet. Her new collection is filled with allusions to contemporary black visual art, music, culture. The predominance of pop culture in Parker’s work feels intrinsically like New York School poetry and brings Frank O’Hara’s poem “Having a Coke With You” to mind. What would be lost if popular culture were not incorporated into poetry? What if Frank O’Hara wrote “Having a Drink With You” instead?

A Seat at Solange’s Table

Contemporary poets often shy away from popular culture, possibly because it marks the poem’s relevance to a specific time, leaving little room for the oft-desired timelessness. However, popular culture has become a trademark of Parker’s work. She doesn’t seem to be preoccupied with timelessness as such. Rather, her poems are concerned with specificity of both time and place, depicting the intimacies and intricacies of contemporary life as a black woman in America. It is through popular culture that a shared experience is created; it’s a way to bridge differences. And yet, Parker is also able to reach the elevated language of poetry, most directly by using works from the canon of fine art as the other main referents in her poetry.

In “Slouching Toward Beyoncé,” Parker enters into conversation with William Butler Yeats’s “The Second Coming.” “And what rough beast, its hour come round at last, / Slouches towards Bethlehem to be born?” Yeats asks, alluding to the second coming of Christ after a time of social turbulence. Parker responds,

O BeyoncéI love you
your fragments like a map.
I think I am addicted.
You soaked blueyou trouble
in my sight. The beast has come
at last:hair of a cattail
and legs of a palm.

What is also of particular interest is how the signifiers of glamour (sequins, bubble baths with lavender and cucumbers) in her poems are juxtaposed to mental health. There is an admiration for leisure and luxury at the same time that she questions what it means to desire or to be desired or to be alone. In the poem “Beyoncé in Third Person,” Parker writes, “I’m a little unpolished / behind the scenes. I am lonely / and so are all my friends.” For Parker, loneliness and depression are not issues to hide but rather issues to be discussed openly. Wine becomes a way to cope with trauma and also a way to celebrate survival. These poems throw glitter and humor and lavishness onto deep hurting. In “Welcome to the Jungle,” Parker writes,

For Parker, there is no divide between what can and cannot exist as poetic language. Her lyrical poems are often arranged in couplets, with occasional internal spacing to dramatize temporal and idea shifts. The images are often clear and direct and sometimes surreal, punctuated with social commentary, raw feelings, and wit. Parker’s brilliance is found in her ability to complicate the gaze on black womanhood. By depicting the varieties of experience, from Hottentot Venus to Michelle Obama, Parker is able reclaim black womanhood as beautiful in its entirety.