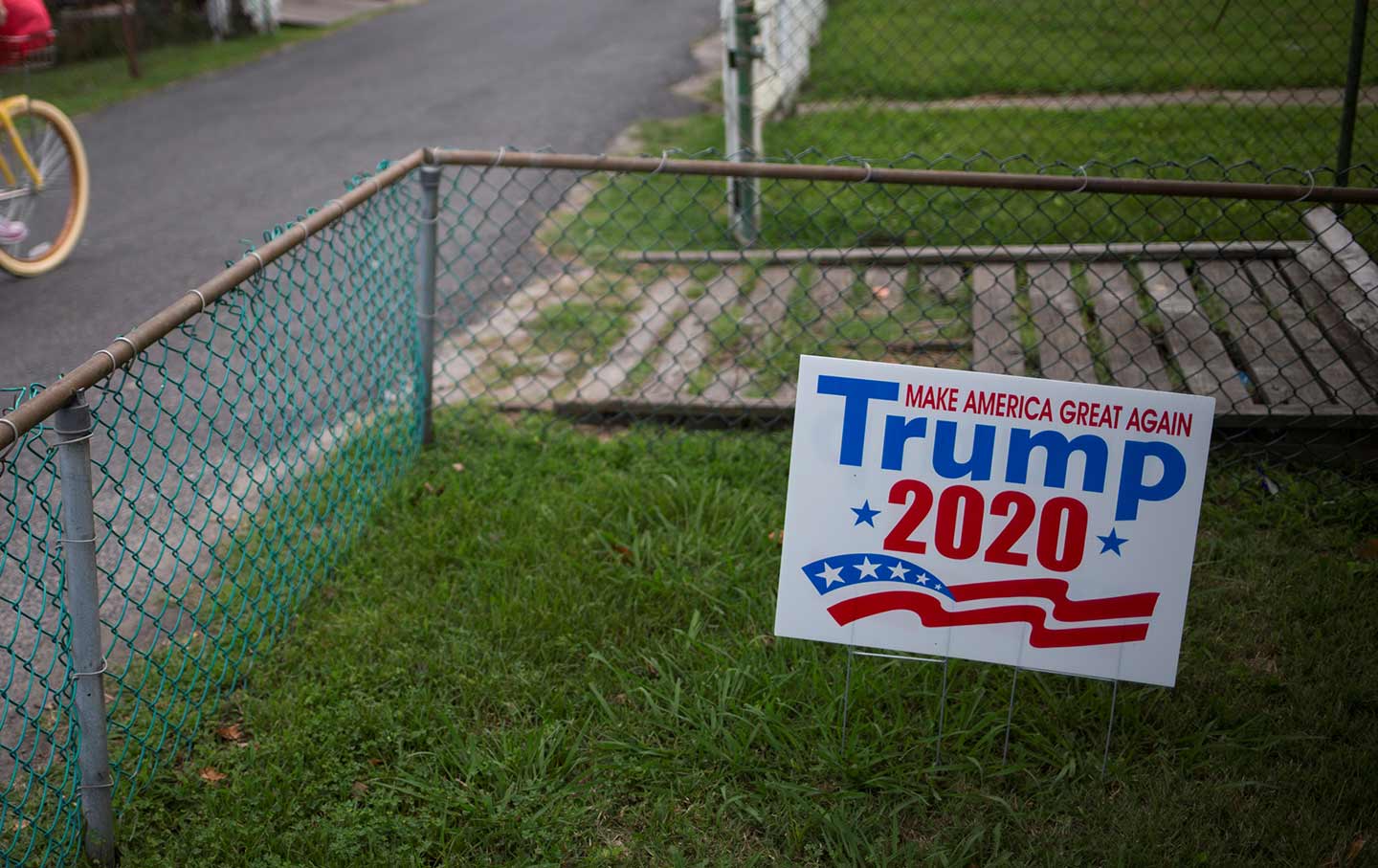 Gary Younge is a columnist for The Nation, a fellow at the Nation Institute, and an award-winning writer for The Guardian, where he wrote about whiteness in America. His most recent book is Another Day in the Death of America: A Chronicle of Ten Short Lives. This interview has been edited and condensed.

You can listen to Gary Younge on the Start Making Sense podcast.

Jon Wiener: A month or two ago, you set out on a trip across America, going from the whitest state, Maine, to the blackest, Mississippi. What exactly where you looking for?

Gary Younge: I’m black and British. Over the years when Obama was in power, white journalists would talk about what that meant for black Americans. I felt that we were now in a particularly racial moment. And it is a strange contradiction how rarely the media will discuss white people, because white people are seen as a default—in the same way that nobody asks me, “When did you come out as straight?” The interrogation of white people, of whiteness, is all too rare. And when it does happen, sometimes it ends up being an interrogation of racism, which is perfectly plausible but not the same thing. My idea was to travel through the country and look at this group of people who, ethnically at least, single-handedly put Trump in the White House. People who he seems determined to represent. And to look at those pockets of both pain and privilege in white America. The idea also was that we would only speak to white people, and only about white people. 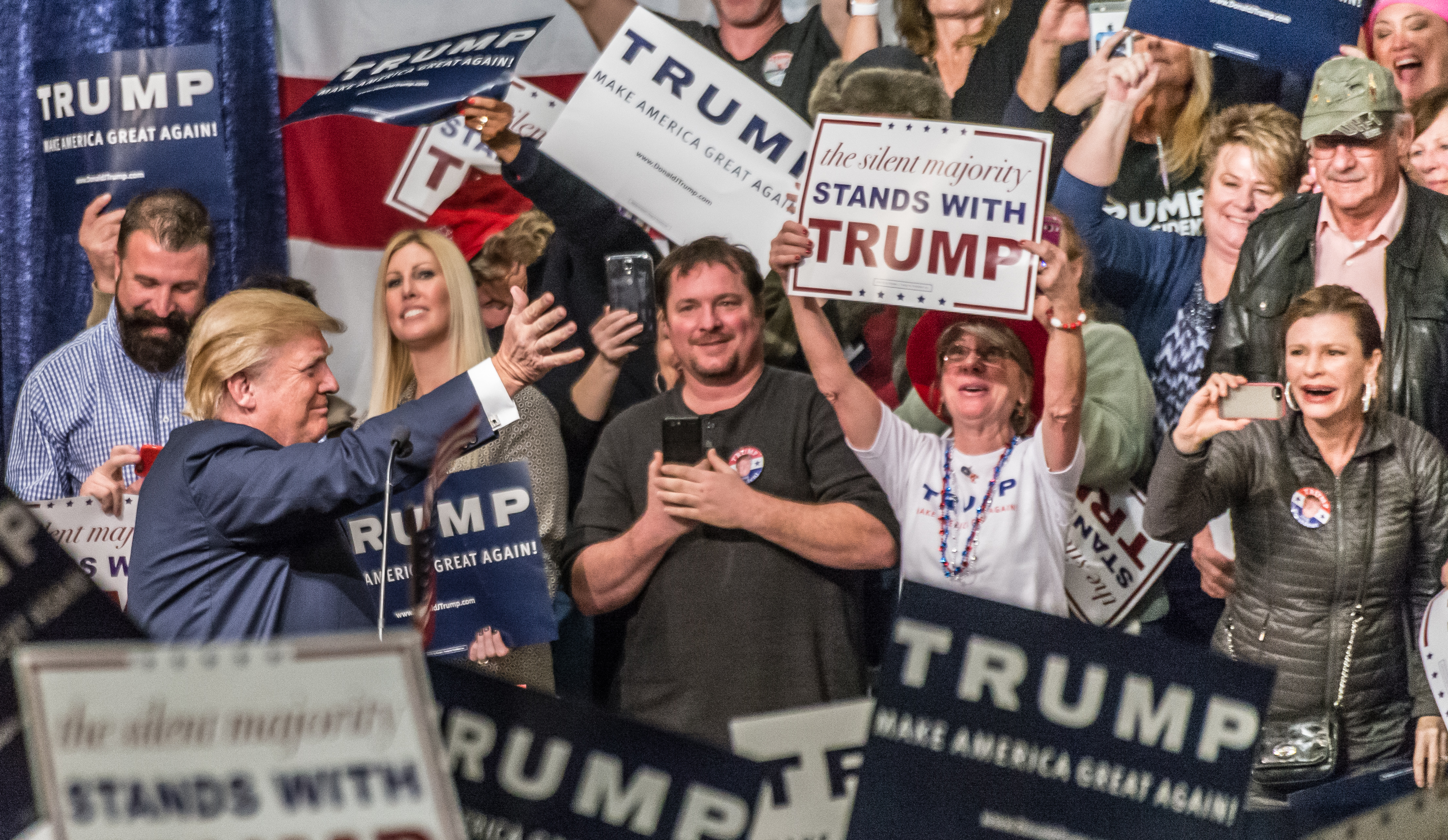 ‘Whiteness Is All They’ve Got’: Gary Younge on Trump’s Working-Class Supporters

JW: What did you look for in Maine?

GY: In Maine I wanted to hear about the opioid epidemic. I drove around with a paramedic who fears that one day she will find her sister, who is an addict. We spoke to a guy called Andrew who’d been opioid dependent and who’d managed to get out of that situation and had been sober now for a while. He had managed to do so without any criminal record. It is progress, in a sense, that the opioid epidemic is now understood as a health crisis. Even Trump says so. Whereas the crack epidemic was understood as a crisis of culture and crime. That’s one of the things about white privilege: Even when you’re on your back in the street with a needle hanging out of your arm, it could always be worse. You could be black.

JW: From Maine you went to Johnstown, Pennsylvania.

GY: That whole area, formerly coal mining and steel manufacturing, has been hollowed out. The town looks like what happens when capitalism doesn’t need people anymore; it just leaves. Johnstown is in Cambria County, which voted narrowly for Obama 2008, narrowly for Romney in 2012, and then voted in a landslide for Trump.

JW: This phenomenon is crucial to us. The Republican party is the white people’s party, but there are white people who voted for Obama and then switched to Trump. These are not lifelong Republicans. They’re the new converts that we need to understand. Did you talk to any of those people in Johnstown, Pennsylvania?

GY: I did. There’s a guy who’d voted for Obama. He had liked Obama’s jingle. He said, “I voted for hope. And then the jobs didn’t come. And then Trump said he’s going to make America great again. And I voted for that.” I said, “Okay. They see.” It’s the Democrats’ failure to deliver that to a large extent can explain some of these people switching sides. And why even more of them just stayed at home—they felt “there’s nothing out there for me.”

JW: Did the white working-class Trump voters you talked to actually like Trump? Or was it more that they hated Hillary?

GY: They definitely didn’t like Hillary. And they didn’t necessarily like Trump, but a lot of them felt they had nothing to lose. I did say to this one guy, Jeff, “Trump looks like the guy that closed your factory—not the guy that was in the picket line with you.” And he said, “Yeah, but he looks like maybe he’d be the guy who might start another factory up.” It’s important to remember in all of this that Trump’s base was the white and wealthy and they will be the primary beneficiaries of his tenure. The white working class was a decisive but junior partner in the electoral coalition. The question is what was in it for them. I think in the absence of an appealing alternative, they thought, “Screw it. I’ll give this guy a go.” For those who bothered to vote, it was, “Let’s try this.”

JW: We are told that white Americans feel more pessimistic about their own future than any other group. Why do you think that is?

GY: I think it’s because they have farther to fall. I don’t think many African-Americans are raised to think, “All you’ve got to do is work hard at school and you’ll be fine. You’ll get the job you want. The world is out there for you.” Whereas white people had a sense of economic entitlement that was actually quite reasonable—except that they shouldn’t have been reserved for one race. The idea was that “if I work hard and graduate from school, I should be able to get a job, support my family, have health care, have a decent life.” And that was the assumption until the mid-’70s when wages started stagnating and then the jobs started to go away. Then the bottom fell out. So white Americans had further to fall than black Americans. In fact, during this time the gap between black and white has grown in terms of wealth. But pessimism has grown among whites because they have seen a more dramatic fall in their expectations. And that’s one of the reasons why they’re so angry. During that time, Democrats have been in power pretty much as long as Republicans, and you have this system rooted in money and lobbyists—and it isn’t working for them, for the white working class. So they’re desperate.

JW: Is there one conclusion that you came to after your travels?

GY: It should be said first of all that white America is big group of people. There are rich and poor and there’s a North and a South and so on. And in terms of the ones I’m most interested in, the working-class whites, there are some who are happy to throw in with others and fight for a better lot. We should not pretend that there isn’t a resistance. But of all of the groups in America, white American life expectancy has either stalled or is falling. So their health is failing, their wages are stagnating, their jobs are fleeing. In terms of white privilege, whiteness is all they’ve got left. So they fight for it even harder—because without that, what are they?