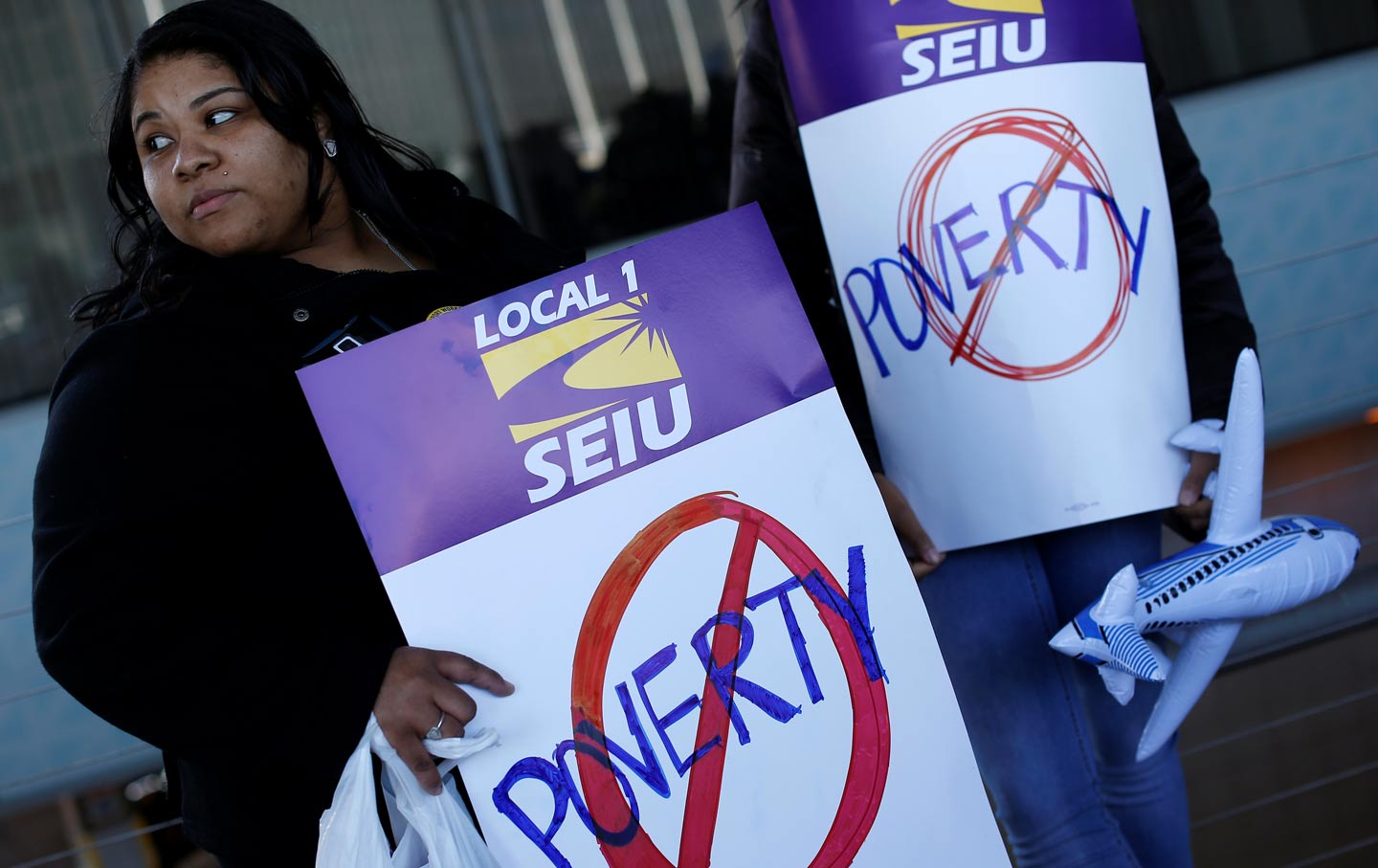 How can the Democratic Party best respond to Donald Trump’s election? The current debate rages around whether to unify around class or instead to build a coalition of identity groups, key among them racial minorities. We reject as fundamentally flawed the implicit assumption that class and race are incompatible bases for moving forward. Race is not a distraction from but a key driver of widening inequality and stagnant or declining wages for the majority. To meaningfully help working people, the Democratic Party must simultaneously engage class and race.1

Trump’s election reflects the triumph of dog-whistle politics—the use of (barely) coded racial appeals to mobilize white voters who have become anxious about their social position and economic standing. Nothing better illustrates this strategy’s potency than the demographics of Trump’s support. Exit polls show non-Hispanic whites contributed 86 percent of Trump’s votes, while a further 3.4 percent came from Hispanic whites. African Americans constituted only 2 percent of Trump’s votes.2

But Trump’s campaign also spoke powerfully to the economic anxieties experienced by so many white working-class voters. Trump’s greatest success came among white men without a college degree, where Trump bested Clinton by 73 to 23 percent. Even the higher-income whites who voted for him have been on a downward economic escalator. They’re clearly worried about their futures.3

So how should Democrats move forward? Despite the obvious role of race, many hesitate to acknowledge this fact, worrying that even raising the issue of racism would unfairly and unwisely insult Trump voters. Because race divides us, a developing consensus seems to hold that we should move forward on what instead ostensibly unites us: a common interest in addressing surging economic inequality. The injunction to eschew “identity politics” has become shorthand for a strategy that sets aside seemly divisive matters like racism and focuses almost exclusively on economic inequality.4

Engaging with identity doesn’t mean accusing white men of being racist or sexist, nor does it mean neglecting class issues.

Yet in order to more clearly discern the way forward, Trump’s election must be placed in historical context. In the 1960s, the Republican Party spied a possible advantage in the rising racial resentment among whites generated by the civil-rights movement, and quickly sought to harness and then to foment this seething sense of insecurity. From Richard Nixon’s invocations of “law and order” and “the silent majority” to Trump’s resurrection of those loaded terms, the GOP has made racial grievance a core organizing principle.5

For all its ugliness, this was strategy, not simply bigotry. The goal was to win elections and to satisfy the demands of the moneyed class funding Republican campaigns. This required stoking resentment not only against nonwhites but also against liberal government, which was painted as coddling minorities with welfare while refusing to control them with lax criminal laws and weak border enforcement. By pandering to racial anxiety and enflaming hatred against government, powerful elites distracted voters from recognizing the threat posed to whites as well as people of color by increasing concentrations of wealth and power. In other words, white resentment helped build a toxic degree of economic inequality.6

The strategy worked. No Democrat has won a majority of the white vote since 1964, when GOP dog whistling began. And no one better epitomizes this conjoined politics of race and class than Donald Trump, the self-serving billionaire who convinced three in four white working-class men to vote for him by promising to ban Mexicans and Muslims.7

Democrats struggle to respond because they have their own sorry history. Democrats have occupied the White House for 16 of the past 24 years, and in that time scored some important victories for working families. But as early as the 1980s, the Democrats began feeding from the same campaign-funding trough as the Republicans—big corporations, Wall Street, and the very wealthy. The Democrats soon achieved a rough parity with Republicans in contributions from these coffers, but the deal proved a Faustian bargain as Democrats become financially dependent on big corporations and the Street.8

Meanwhile, the Democrats also moved in the wrong racial direction. Bill Clinton understood the need to address racial resentment among whites. But rather than speak to how everyone loses when working people turn on one another, he pandered to white racial fears, pursuing his own version of dog-whistle politics around welfare and crime.9

The Democratic response to Trump that will guide the next few years is being set right now. Democrats could still forge a powerful coalition of the working class and poor of all races, of everyone who has been shafted by the shift in wealth and power to the top. This would give Democrats the political clout to restructure the economy—rather than merely enact palliatives that paper over increasing concentrations of wealth and power in America. To do so, Democrats must immediately start addressing the deepest concerns of the 70 percent of Americans who are being left behind and demonized.10

Democrats cannot speak authentically to white concerns by addressing pocketbook issues alone. However important those issues are, many whites have been conditioned to fear for their place in a society that is rapidly becoming more racially and ethnically mixed. Similarly, many men struggle to understand their roles in families moving beyond patriarchy. We cannot pander to these insecurities, as Trump does, but neither can we ignore them.11

Moreover, a class-only strategy risks alienating the Obama coalition—the people of color, women, and millennials who provide the party’s energy as well as its demographic future. It betrays their lived experiences to ask them to ignore the threats of mass deportation, mass incarceration, abortion restrictions, and religious tests, out of some presumably more basic economic interests shared in common with white men.12

Engaging with identity doesn’t mean seeking to set blame by accusing white men of being racist or sexist, nor does it mean neglecting class issues.13

To the contrary, it requires that Democrats develop a narrative about how political opportunists have used race and gender to divide us, to demonize government in the eyes of many working-class whites, and to prevent us from joining together in a broad-based coalition to fight widening inequalities of income, wealth, and political power. Democrats must re-tell the story of the last 50 years, emphasizing how race and other culture-war issues have been used to divide and conquer.14

More than a story of blame, Democrats must also offer a positive alternative identity, one capable of supplanting the false allure of racism and sexism. We must articulate a renewed sense of solidarity in America—a shared identity as part of a multiracial social movement of people coming together to retake the country from the rising plutocrats. A sense of belonging across the lines of race, ethnicity, and gender is a necessary precondition for a new politics and a new political coalition.15

Our deepest American ideals insist that everyone is created equal and that, out of many, we forge one people. Only by recognizing the totality of what we share can we form a coalition sufficiently powerful to wrest government from the hands of the corporations.16