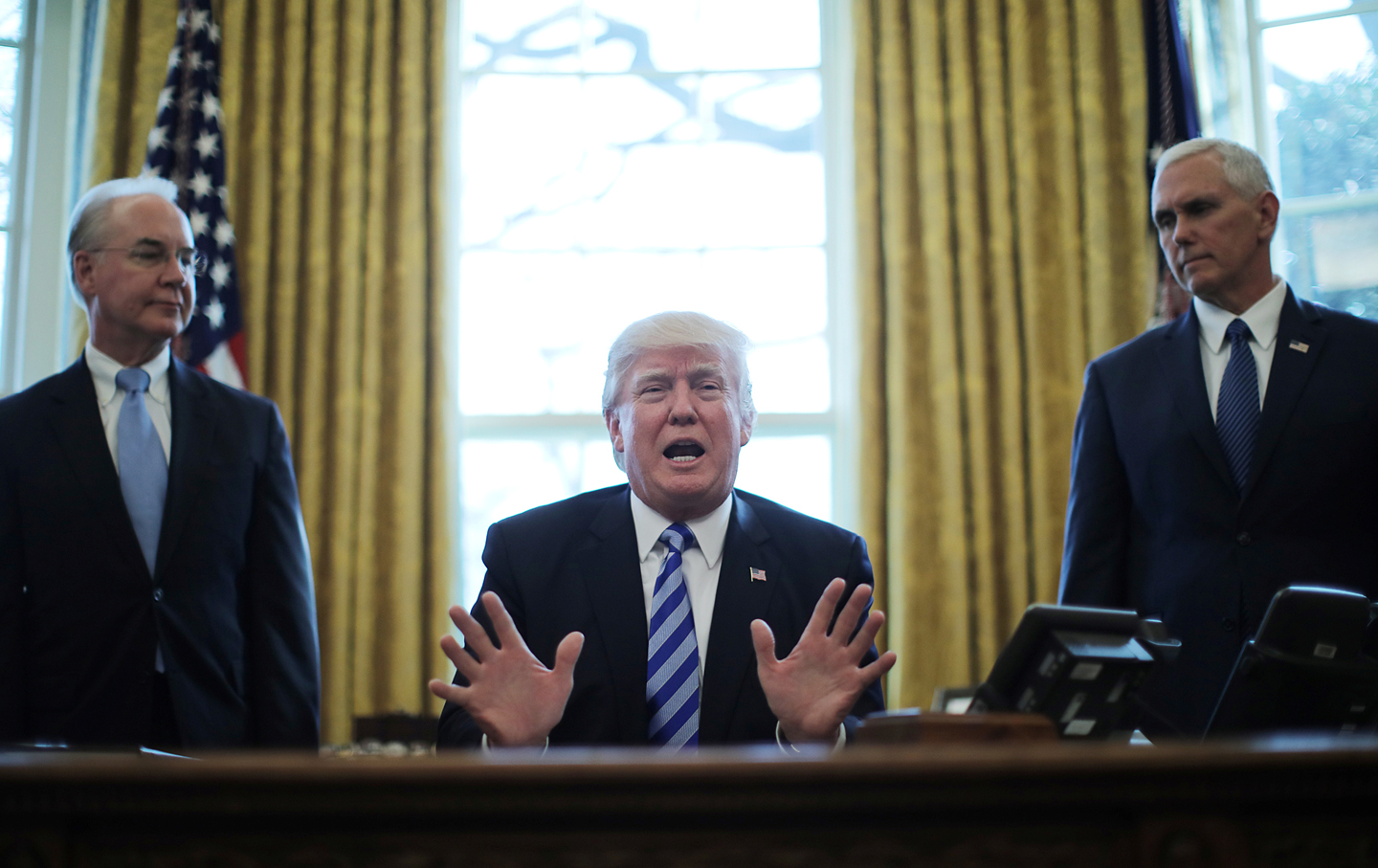 Democrats won a big victory Monday, when at least 42 members of the Senate agreed to filibuster the Supreme Court nomination of Judge Neil Gorsuch, joining #TeamSpine and finally combating Republicans with comparable audacity. The media spent the day debating whether that would provoke Senate majority leader Mitch McConnell to organize his GOP members to vote away the filibuster, while behind the scenes, Donald Trump and his team were up to unthinkable cruelty.

Attorney General Jeff Sessions announced the Justice Department would review all police-reform agreements to make sure they don’t counter Trump’s primary concerns: reducing crime and promoting police morale. It also asked for 90 days to examine the Obama administration’s signed consent decree with the Baltimore Police Department, triggered by the rough treatment that led to the death of Freddie Gray in police custody in April 2015.

“This is terrifying,” former Justice Department investigator Jonathan Smith told The Washington Post. “This raises the question of whether, under the current attorney general, the Department of Justice is going to walk away from its obligation to ensure that law enforcement across the country is following the Constitution.” The NAACP Legal Defense Fund’s Sherrilyn Ifill tweeted simply:

That is the plan. To set policing back decades. We cannot allow it to happen. https://t.co/2jY7heJ4uE

"This is terrifying," a former Justice Department investigator told The Washington Post.

The administration made another move toward promoting cruelty in the world by halting funding to the United Nations Population Fund, which provides family planning and maternal-health services to women globally. Evaluators say the US contribution to the program prevented an estimated 100,000 unsafe abortions last year and 10,000 maternal deaths, but anti-abortion advocates have charged that the group may somehow, somewhere promote abortion—even though it officially does not provide or promote abortion services. George W. Bush pulled US funding because the agency was working in China, under its coercive “One Child” policy. But it no longer provides any services in China, a UN official told The Huffington Post’s Laura Bassett. The $76 million US contribution makes up 7 percent of the budget.

Maybe most shocking, to revive his dashed attempts at replacing the Affordable Care Act, Trump sent Vice President Mike Pence and other top officials to meet with the ultra-conservative House Freedom Caucus, and they reportedly hashed out a proposal that would effectively gut the ACA’s most popular provision: ending insurance discrimination against people with preexisting conditions. Freedom Caucus chair Mark Meadows insists the draft proposal holds on to that provision, but as The New York Times explains, that’s in name only.

The plan would let states opt out of what the ACA describes as “essential health benefits” to be included in every plan, which currently range from maternity care to chemotherapy. That, after all, is the nature of “insurance;” it covers conditions we don’t expect to have. A woman who doesn’t expect to find herself pregnant can nonetheless find herself pregnant and needing maternity care; a healthy young man might get cancer and need chemotherapy. Conservatives and insurance companies don’t like that provision, so this proposal would let states scrap it. It would also do away with the requirement that insurance plans charge everyone in the same age group the same premiums, regardless of health history, known as community rating.

The Times explains how the two provisions gut the protection for patients with preexisting conditions:

The ability to opt out of the benefit requirements could substantially reduce the value of insurance on the market. A patient with cancer might, for example, still be allowed to buy a plan, but it wouldn’t do her much good if that plan was not required to cover chemotherapy drugs.

The second opt-out would make the insurance options for those with pre-existing conditions even more meaningless.

Technically, the deal would still prevent insurers from denying coverage to people with a history of illness. But without community rating, health plans would be free to charge those patients as much as they wanted. If both of the Obamacare provisions went away, the hypothetical cancer patient might be able to buy only a plan, without chemotherapy coverage, that costs many times more than a similar plan costs a healthy customer. Only cancer patients with extraordinary financial resources and little interest in the fine print would sign up.

Trump hasn’t signed on to the Freedom Caucus proposal yet, but it’s worth noting that while he publicly pledged to work with Democrats on a new version of health-care reform, he did nothing to pursue that, instead beginning a new round of negotiations with the antigovernment Freedom Caucus. (He also golfed with Senator Rand Paul, a conservative who simply wants to scrap the ACA and start over.) Judging from the last go-round, it’s unlikely Trump understands the policy details well enough to know what this plan will do—but he clearly doesn’t care enough to learn about them. Again, aging white working-class Trump voters—his loyal base—will suffer heavily under this plan.

Meanwhile, the evidence of the Trump team’s ties to Russian government officials, banks, and oligarchs continues to grow. I challenge the notion that paying attention to the ever-widening, ever-weirder Russia probe is “distracting” progressives, an argument frequently found even in the pages of The Nation. I’d argue that #TeamSpine needs to face the evidence of Russian meddling and Trump administration cruelty with equal passion. There’s evidence that questions about Russia are now animating the Resistance. The powerhouse group Indivisible listed five priorities for its members going into the next congressional recess—saving the ACA dominated town halls during the last one—and the top one was “Independent Russia Investigation.”

Learn how to make the most out of the upcoming Congressional Recess (April 8-23) pic.twitter.com/FDtCTTbYKS

There’s no doubt the Resistance is animated by increased evidence of Trump’s illegitimacy. I have no doubt it contributed to the unexpectedly strong Democratic opposition to the Gorsuch nomination. This is not an “either/or” question; it’s “both/and.” Progressives don’t have to choose between issues of Russian meddling and his administration’s appalling policies on police reform, global family planning and health care. We must pay attention to both, and there’s synergy when we do. Trump’s increasing vulnerability and unpopularity make it harder for him to convince the fractured GOP to support him, and we should turn up the heat on every front.