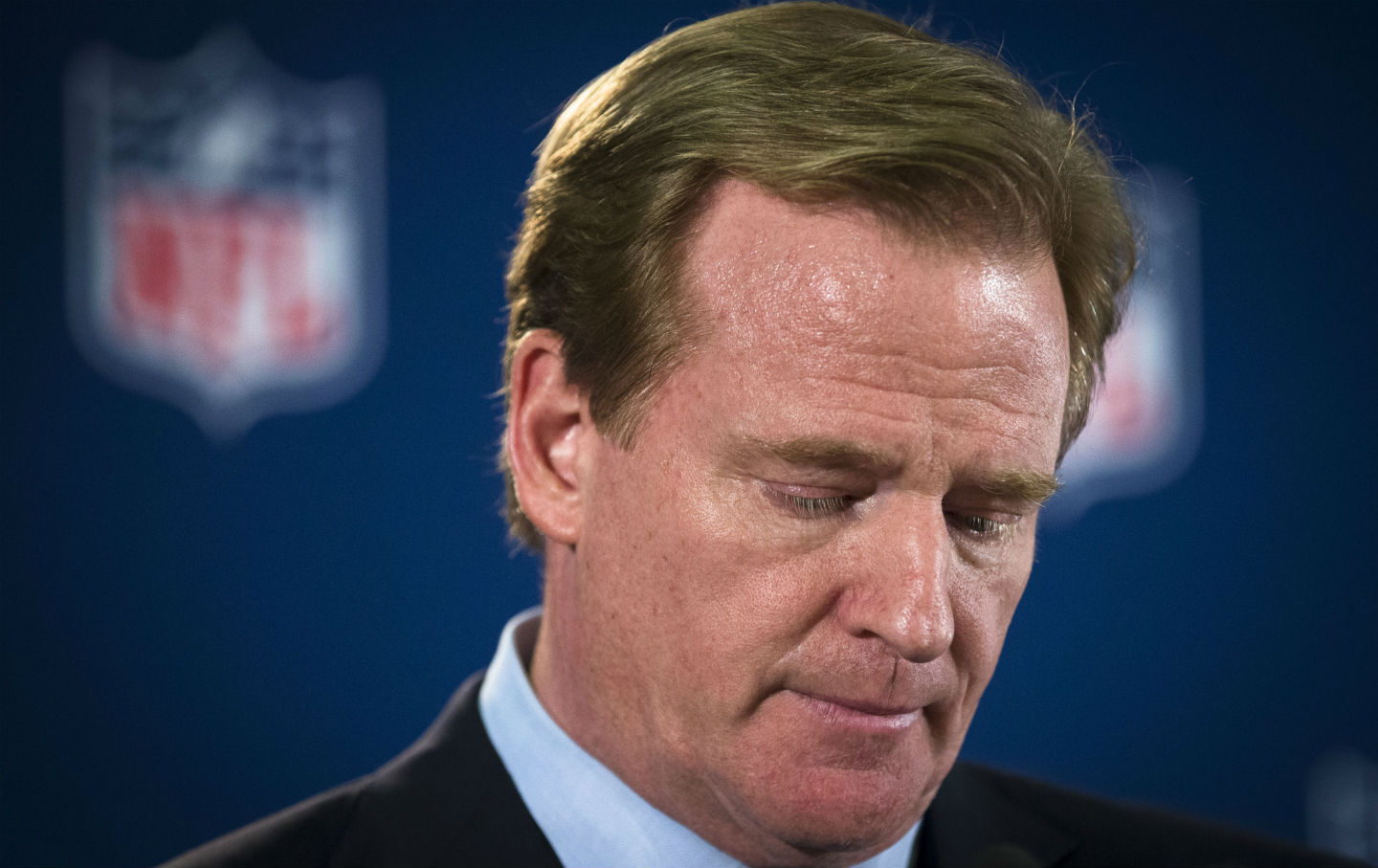 The NFL should be afraid of the forthcoming film Concussion, due to be released this December. Very afraid. I say that having not seen the film, just the trailer. But already there is enough revealed to know that the Will Smith vehicle should be giving league commissioner Roger Goodell night sweats.

First, there is the story itself. To tell the NFL’s concussion saga, director Peter Landesman has centered the story around the true story of Dr. Bennet Omalu, who first discovered the football-related brain injury CTE (chronic traumatic encephalopathy) when performing an autopsy on Steelers Hall of Fame center Mike Webster, who died at the age of 50, and Dr. Omalu’s efforts to get the NFL to give a damn. Landesman also made the criminally overlooked film Kill the Messenger about journalist Gary Webb, the late San Jose Mercury News reporter who uncovered the long rumored connections between the CIA and the wholesale importing of crack cocaine into the inner city to underwrite Latin American military coups.

In an interview with Sports Illustrated’s Peter King, the most mainstream of football writers, it is clear that Landesman is not giving any damns. He said:

I gravitate towards stories of David versus Goliath, the small man versus the machine. Whether it is Bennet Omalu or Gary Webb, a reporter who discovered the cocaine trafficking with the CIA and was destroyed by the Washington Post and the CIA and others. In my writing career as a journalist, it was little man against the machine so I think I am just hard-wired for that narrative.

Then there is the casting. Will Smith has long taken roles that portray himself as an avatar of what is heroic in this world. It may be a waste of the transgressive talent shown in his 1993 debut Six Degrees of Separation, but it has made him an icon of an almost Old Hollywood righteousness. You don’t root against Will Smith. It would be like, to use another edgeless Smith performance, wanting George Foreman to triumph over Muhammad Ali. But Will Smith is just the beginning. Landesman cast Luke Wilson, an actor best known for Idiocracy and a film where Will Ferrell first showed his ass, to play Roger Goodell. This is like casting Rob Schneider to star in a Reagan biopic. You are making a statement just by the choice. Another actor whose casting implies the politics at hand is Paul Reiser, who will play Dr. Elliot Pellman, the longtime chairman of the NFL’s Mild Traumatic Brain Injury Committee. Dr. Pellman is a rheumatologist without an expertise in brain research, and is alleged to have suppressed much of the data, at the NFL’s behest, linking head injuries and the sport.

The casting of the real-life NFL players also looks rocky for the league. Lined up against Luke Wilson and Paul Reiser, Will Smith will be assisted by David Morse: he of the soulful, sad eyes that make you involuntarily well up, as Mike Webster. Other actors with seriously heart-wrenching dramatic chops, Adewale Akinnuoye-Agbaje and Richard T. Jones, have been cast in prominent roles to play Dave Duerson, the onetime Chicago Bears star who took his own life by shooting himself in the heart so his brain could be examined for CTE, and Andre Waters, who committed suicide at the age of 44. Waters’s brain tissue was described as looking like that of an 80-year-old with Alzheimer’s.

Serious football fans can cite the cases of Duerson, Waters, and Webster, chapter and verse. But for those who don’t pay attention beyond casual cheering on Sunday, the names will justly return to haunt the league.

Then there is the timing. If Concussion came out now, it would get less coverage than the Washington quarterback controversy. But tragically, we know that by December, another season of injuries, another season of tragedies will be winding down and the film will amplify all of those renewed concerns.

THE NATION IS READER FUNDED. YOUR SUPPORT IS VITAL TO OUR WORK

Lastly, there is the savvy perspective by Landesman himself. He is pressed by Peter King about whether this film is about campaigning to end football, he said:

I have no position on whether or not people should play football or whether they should have their kids play football. To me, this is a story about making adult choices. Once you have the information—and the information has been obscured for a long time, it’s been buried and covered up by people who don’t want to damage the sport—the information is now out there, and I hope this movie brings together the information in a way that the general public can metabolize and now make their own decisions. So now that you know that concussions can kill you and playing the sport can kill you, it’s on every parent and it’s on every college player, it’s on every high school player and professional player on whether you are going to let your child play…. I like to think in some ways that life is an occupational hazard. Something we do in our life is going to kill us; maybe now, maybe 50 years from now. You have to choose what those things are. We love to drink and be merry and be happy, we know it’s not good for us, but we do it. It’s about making adult choices.

The NFL spent decades infantilizing the public and denying parents the informed consent about the dangers of the game. Science is not a friend to Roger Goodell, and neither is full disclosure. Concussion looks like it could cement the growing conventional wisdom that this league damages the brain and its leaders are in over their heads. Roger Goodell should start sweating now. Peter Landesman is coming, and he’s bringing Will Smith.