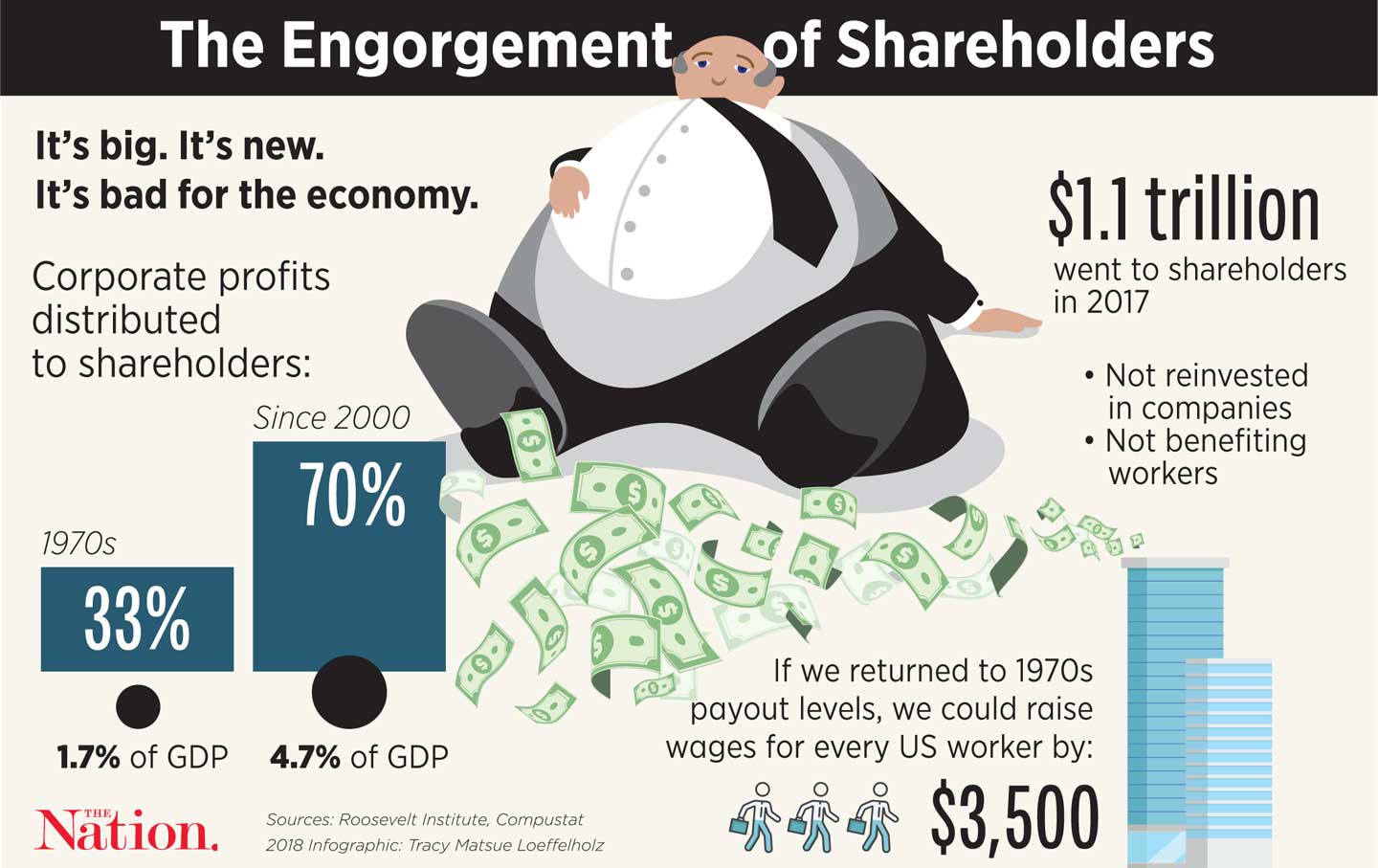 President Trump’s tax cuts all but guaranteed that 2018 would be a fantastic year for shareholders. Predictably, corporations are taking advantage of this windfall not by funding other companies or boosting worker pay, but by showering their shareholders with cash. Of course, 2017 wasn’t a bad year for shareholders either. Indeed, the last four decades have seen shareholders take home larger and larger slices of the economic pie.1

In the early 1980s, economists started to believe that a company’s only goal should be to maximize the wealth of shareholders, who would then pour money back into the economy as investments. During this time, our laws and institutions were radically overhauled to make this happen. One especially crucial change occurred in 1982, when the Securities and Exchange Commission made it legal for firms to buy back company shares—giving more money to investors and allowing corporate boards to prop up stock prices. This “shareholder revolution” transformed the nature of capitalism, though it has taken until now to see just how extreme it would be.2

Granted, shareholders have always gotten returns in the form of dividends for—at least in theory—bearing risk and monitoring management, but the scale is new. From the 1950s to 1970s, shareholders took about a third of corporate profits. Since the year 2000, they’ve been taking more than twice that. You can get a sense of the magnitude by comparing shareholder wealth to the entire US economy. During the 1960s, shareholders took about 1.7 percent of GDP in the cash paid in dividends and in the net number of stocks that were bought; now it’s around 4.7 percent of GDP. This is a shift of about 3 percent of GDP, or $567 billion a year.3

This is a staggering number, and it can easily overwhelm our sense of proportion. Three percent of GDP in a single year is enough to give every working adult a nearly $3,500 bonus. Three years of this increase could wipe out all student debt. It could also give us a magnificent set of public goods. With just two-thirds of that increase each year, you could have free public college, universal paid family and sick leave, universal preschool, and a rapid expansion of Social Security and Medicare.4 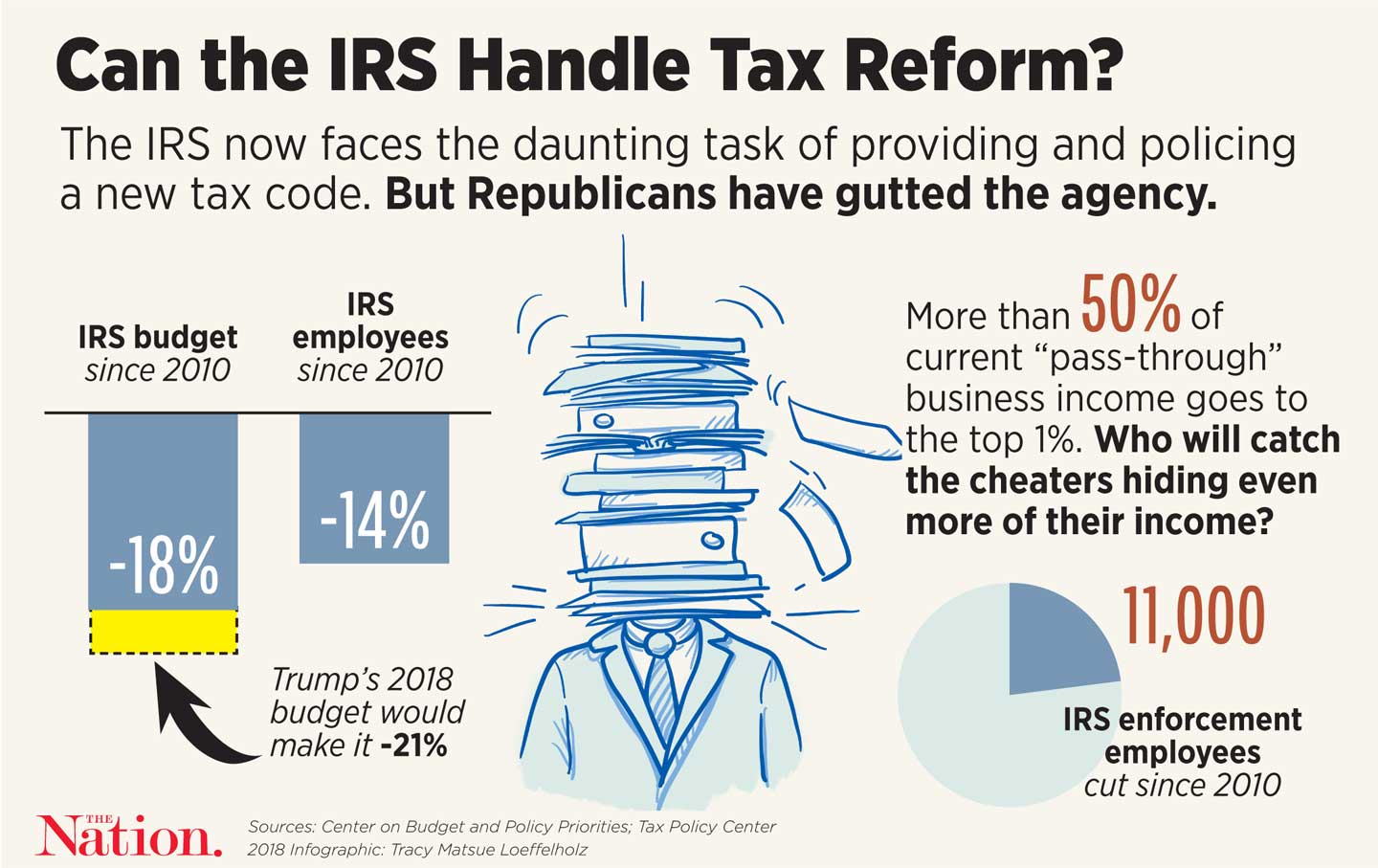 These programs would actually help people, unlike all this money that is shoveled to shareholders every year. None of the promised benefits of shareholder primacy have come to pass. Instead of a wave of entrepreneurs taking advantage of a constant flow of new capital, we have seen the business-formation rate collapse by 35 percent since the early 1980s. The money also isn’t going to investments. As the economist Thomas Philippon has noted, a firm’s profitability used to predict how much investment it would make. Now that relationship has broken down, and that break is particularly strong in industries that are more concentrated and face stronger shareholder pressure.5

These shareholders are also probably not you. Despite what you may have been able to save in a 401(k), the top 4 percent of households hold half of all stocks; the bottom half own just 9 percent.6

People increasingly feel the economy is rigged against them, but can’t quite understand why. It’s led people to lash out at immigrants, trade, and technology, and even to lose hope that things can change at all. That we’ve given so much power to shareholders is a central part of the problem. Despite what you hear, shareholders don’t actually own companies; they just own a claim to its earnings. Shares are mostly used by early investors to get money out of firms once they are stable, and they are just one stakeholder in a whole web of contracts that make up the modern economy. That economy is a vast community of workers, customers, and communities, and we shouldn’t let a handful of people suffocate it in order to better suck the wealth out. We can ban and limit the way they channel money to themselves—but to change these structures, we have to admit we have a problem, and that this problem is big.7