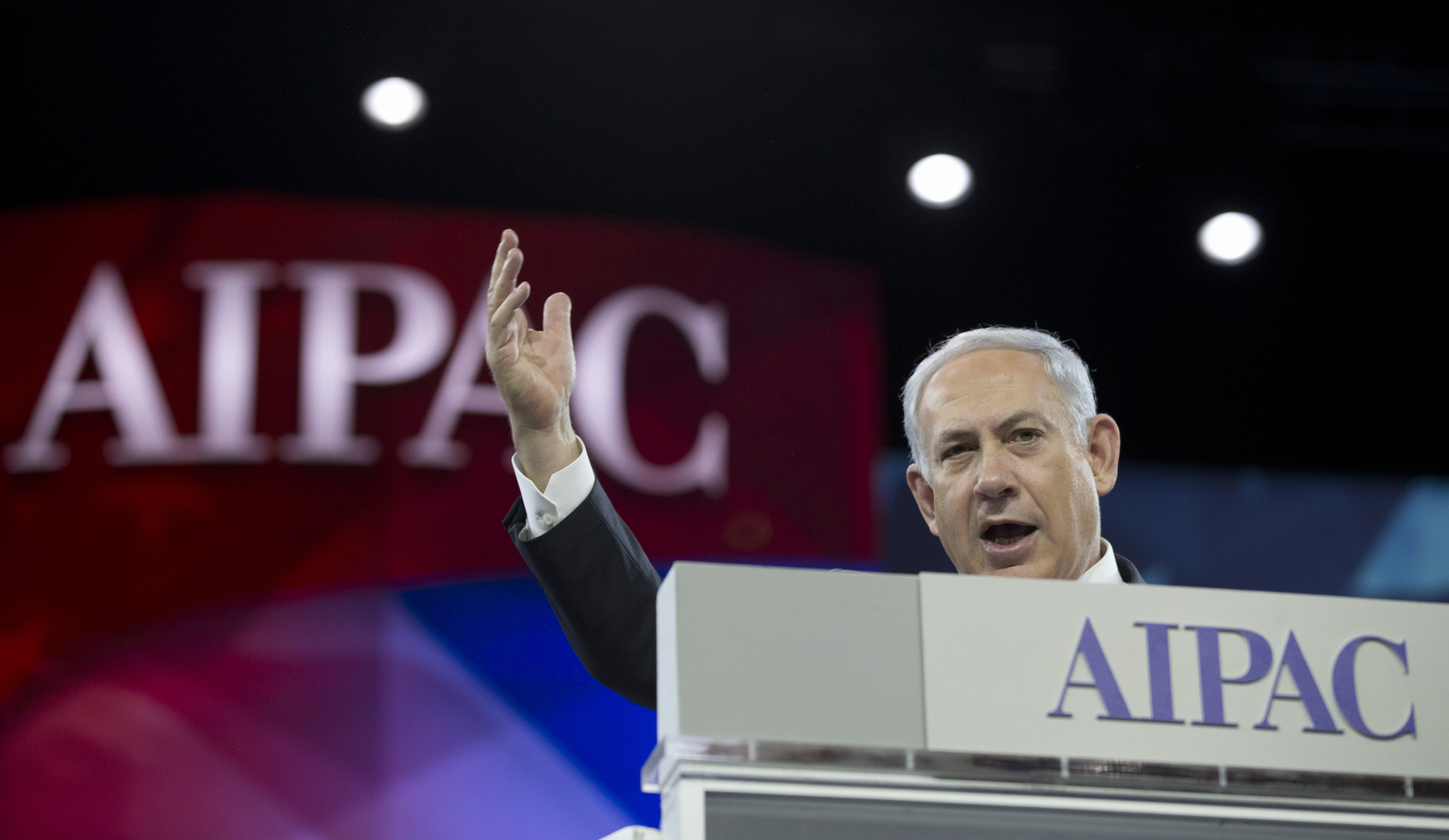 Since last week, we have seen a unique sequence of events, some unprecedented and others less so, that have brought the Palestine-Israel issue back to the fore. Last Friday, the United States abstained at the United Nations Security Council on Resolution 2334, thereby allowing it to pass when the 14 other members of the council voted for it.

The language of the resolution as it relates to settlements was nothing really new. The UN—and the whole world, with the exception of the Israeli right wing—has understood that the Fourth Geneva Convention applies to the territory Israel occupied in 1967, and thus that civilian settlements are illegal. In fact, even the Israeli legal counsel understood this in 1967. The Israelis thought that if they could colonize the West Bank under the guise of the military, they could argue that it didn’t put them in violation of the convention’s statute against transfer of civilian populations. This is why they initially called them “paramilitary settlements,” which were set up through a division of the military. Once it became clear that the world would not press them on this, they dropped the disguise and openly violated international law by building, financing, and subsidizing scores of settlements, which would grow to include hundreds of thousands of Israeli settlers.

What is unique in the language of Resolution 2334 is the utter desperation it reflects concerning the prospects of a two-state solution to the conflict. That solution itself had not even made it into a Security Council resolution until the George W. Bush era. Now, at the end of his successor’s tenure, this resolution states plainly that such a solution is on the verge of death due to Israeli settlements.

The upcoming funeral of the two-state solution may account for the passion behind Secretary of State John Kerry’s remarks in a speech today, in which he criticized the settlements and said Washington cannot allow a two-state solution “to be destroyed before our eyes,” arguing that there is “no viable alternative.” This was an attempt to get out ahead of the blame game in the history books. Kerry made clear that if the Israelis want to kill peace with settlements, that is their choice. Indeed, it is a choice they have already made.

The two-state solution is dead. I don’t think it is possible, and I doubt most honest observers do either.

I believe the two-state solution is dead. I don’t think it is possible, and I doubt most honest observers do either. Nearly two-thirds of Palestinians in the occupied territories—the highest numbers ever recorded on this question—also believe that because of Israeli settlement expansion it is no longer possible. But the world has pretended that it is still alive, in part because it is not prepared to confront the fact of its death. This pretense has helped shield Israeli colonization: As long as there is hope for a two-state solution, there is less reason to press Israel on settlements, since at least most of them would have to be removed to create a viable Palestinian state. This pretense regarding the settlements’ “temporary” status has allowed Israel to entrench the occupation ever more deeply. But the theater surrounding the two-state solution required actors who were willing to play their parts. The Obama administration did so for its eight years, but the incoming Trump administration is entirely off-script.

Everything we have seen from Trump suggests that he will fully embrace the Israeli hard right. Those voices were the most jubilant over Trump’s victory—so much so, in fact, that the Trump team actually had to ask them to take it down a notch. This past summer, Trump’s campaign introduced the most anti-Palestinian language ever to enter into a US national party platform, and Trump’s appointment as ambassador to Israel, David Friedman, supports Israeli settlements—not just rhetorically but financially. Friedman has actually helped funnel millions of dollars through an organization he heads to an Israeli settlement deep in the West Bank.

It looks like Trump is going to drop the pretense of US opposition to Israel’s apartheid policies.

The next president of the United States isn’t going to pretend anymore. Instead of doing what peace advocates have long called for—putting America’s money where its mouth is by ending US support for Israel as long as it contravenes US policy and well-established international law—it looks like Trump is going to put America’s mouth where its money has been by dropping the pretense of opposition to Israel’s apartheid policies.

How can the rest of the world, including the Europeans and the Palestinians, go on with the charade if the United States, the country that is supposed to be leading negotiations, won’t play along anymore? It’s simple: They can’t. This means the Trump era will finally provide the death certificate for the two-state solution. When that happens, UNSC 2334 will be seen as the autopsy. That is what those Israeli leaders who are responding to it with hysteria are most afraid of. They are not afraid of killing the two-state solution—they increasingly take pride in that. But they are afraid of being held responsible for its death, because they know that in the 21st century, the only acceptable alternative to it is equality for all in a single state.

The Israeli response has been a scorched-earth campaign, threatening retaliation of all kinds and in all directions. Most important, however, has been the direct Israeli attack against President Obama. The outgoing US president is being treated by Israeli officials as uniquely anti-Israel despite the fact that he has given more military aid to Israel than any president before him, and despite the fact that until last week, he had not permitted a single resolution critical of Israel through the Security Council, even as predecessors allowed many, with Ronald Reagan alone allowing 21. Reagan even found a way to support condemnations of the Israeli siege and bombardment of Beirut in the 1980s, while Obama was silent in the Security Council as Israel killed 551 children in its 2014 attack on the long-besieged Gaza Strip.

The truth is that many in Israel never trusted President Obama because of who he is. Barack Hussein Obama, whose middle name is often emphasized in the side conversations and chat forums of this narrative, is seen as someone incapable of understanding the story of Israel. While Netanyahu won’t say it directly, the echo chambers of the Israeli right, both in Israel and the United States, have trafficked in the narrative that Obama is betraying Israel and the Jewish people.

The reactions we are seeing from the Israeli right reflect a worldview that is anti-multicultural and anti-equality.

We heard this during the hyperventilation over Obama’s statement that the 1967 lines should be the basis of a two-state solution, which happens to be long-standing US policy. His observation was greeted with hysteria by Israeli leaders, some of whom call those lines “Auschwitz borders,” adopting a phrase that Israeli diplomat Abba Eban popularized in the late 1960s, in arguing against withdrawing from the newly conquered territories. We heard this when people like Elie Wiesel were taking out ads in major metropolitan newspapers attacking Washington’s nuclear diplomacy with Iran, portraying it as appeasing annihilationism. Netanyahu has routinely characterized Obama’s diplomacy with Iran in two frames: that of Neville Chamberlain’s appeasement of the Nazis at Munich, and that of the biblical story of Esther. Today, we are hearing from Netanyahu about how outrageous it is for Obama to support a resolution that says occupied East Jerusalem is occupied, even as Israeli settlers are lighting Hanukkah candles there.

These narratives are the product of a trend that has grown since the end of the Cold War. As the “evil empire” disappeared, Israel worried that so too would its utility to the United States, which had developed because of Cold War geopolitics. We began to hear of a new global bipolarity, famously promoted by Bernard Lewis, between the Judeo-Christian West and Islam. After 9/11, this approach accelerated, and right-wing Israeli voices found great utility in it. Immediately after 9/11 Netanyahu said that “it’s very good” before saying “well, not very good,” but that it would “strengthen the bond between our two peoples.”

Since 9/11, “Judeo-Christian” and Muslim have become increasingly racialized categories, often propelled by right-wing voices that have placed Israel at the forefront of the battle with Islam and sought to distract from any criticism of Israel’s treatment of the Palestinians by pushing a “with us or against us” worldview. What we are witnessing today are allegations of race-traitorism against Barack Hussein Obama (there’s that name again).

It should come as no surprise, then, that the Israelis are boldly aligning with President-elect Trump, whose political career was launched through the birtherist slur that the first black president, who had a funny-sounding name, really wasn’t one of us.

Netanyahu is Donald Trump’s reflection. The reactions we are seeing from the Israeli right today, which are not only the official voices in Israel but increasingly dominate the pro-Israel establishment in the United States, reflect the doubling down on a view of the world that is anti-multicultural and anti-equality. They are the desperate, last throes of a bankrupt vision that may buy its adherents a few years in power but which has undoubtedly lost the future.