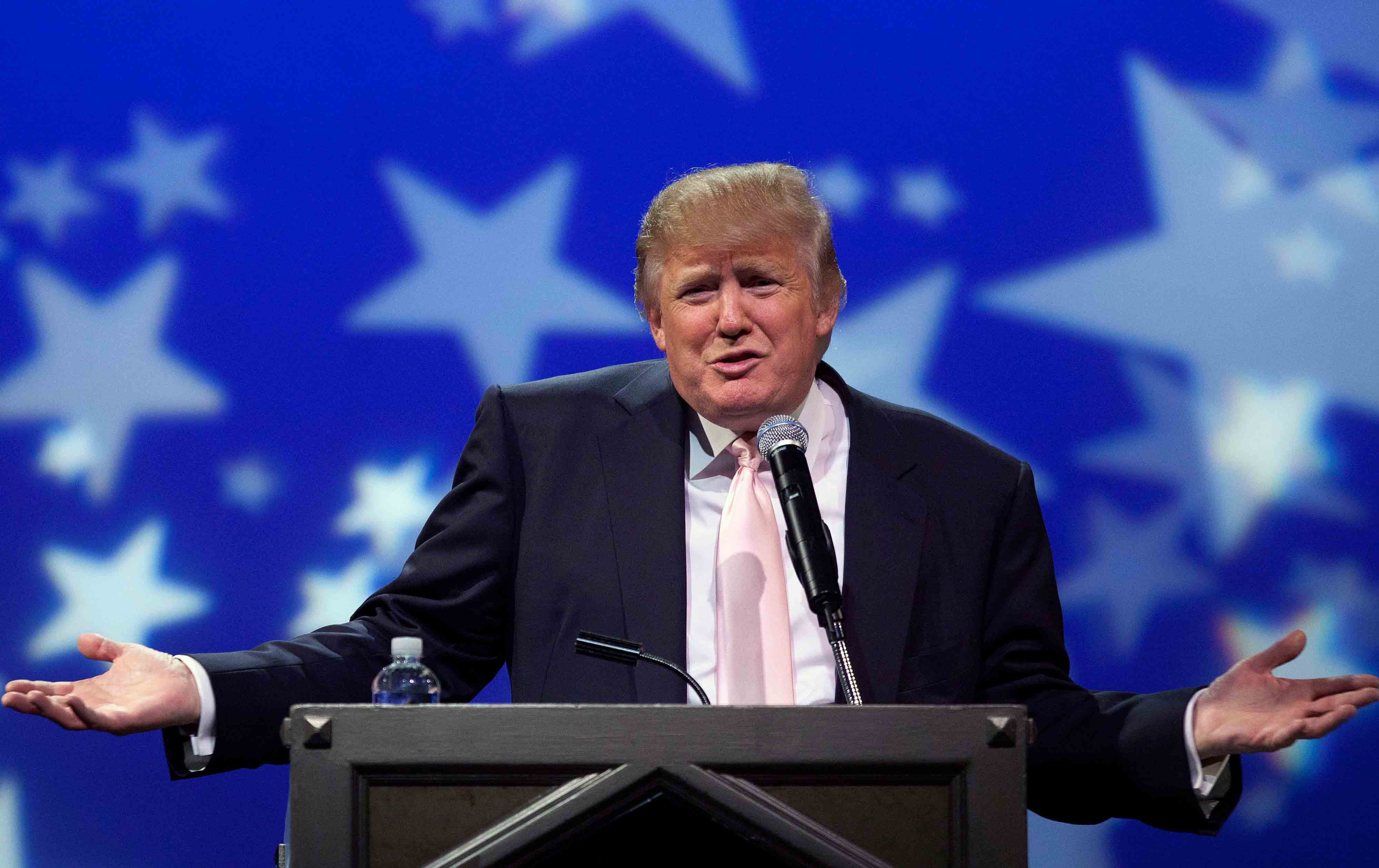 Since Sunday morning, President-elect Donald Trump has been tweeting madly, first about Green Party candidate Jill Stein’s decision to ask for a presidential election recount in at least some states. Trump began by merely quoting Hillary Clinton’s own words, in the third debate, after Trump said he couldn’t promise to accept the election results unless he won. He quoted her calling it “horrifying,” and so on, over four tweets that were a mashup of her words and his.

Those tweets seem sane by comparison with Trump’s later Twitter tantrum, in which he accused the Clinton campaign of voter fraud.

In addition to winning the Electoral College in a landslide, I won the popular vote if you deduct the millions of people who voted illegally

He went on to claim “serious voter fraud in the states of Virginia, North Carolina and California” and ask why the media aren’t covering it. That’s probably because it’s not true.

Trump’s claim about “millions of people who voted illegally” sounded familiar. That’s because every time I tweet about actual voter suppression, or that Hillary Clinton won the popular vote by at least 2.5 million votes, I’m overwhelmed by trolls, some of them sporting their signature new-account egg avatars, informing me that “3 million illegals” voted, so Clinton actually lost the popular vote too. Some get more specific, noting that 3 million undocumented voters have obtained drivers licenses in California, accounting for the illegal votes. Others cite a speech Obama gave to a Latino group in which, they argue, he urged noncitizens to vote (he didn’t). Right-wingers from Allen West to Alex Jones to Milo Yiannopolous have spread the claims via their Web sites and Twitter. The claim is so rampant that Snopes.com debunked it November 16 and updated its analysis last Wednesday.

So there it is: Our future president is an Internet troll, staying up at night tweeting about debunked right-wing conspiracy theories. He followed all of that up with a Tweet about Cuba on Monday morning, and threatened that “if Cuba won’t make a better deal…I will terminate deal.” Oh, and did I tell you the part where he kicked off this latest Twitter madness by gleefully declaring early Saturday morning, “Fidel Castro is dead!” This is not how a president conducts foreign policy.

Normally, I’d expect Trump’s handlers to lock him out of his Twitter account, as they did to great success during the election. But members of his transition team are in open internal warfare, with both The New York Times and Politico reporting that campaign CEO Steve Bannon and campaign manager Kellyanne Conway have teamed up against Vice President–elect Mike Pence and incoming chief of staff Reince Priebus over whether Rudy Giuliani or Mitt Romney should get the secretary of state post. Conway has used both Twitter and television interviews—most notably Sunday, on Meet the Press—to insist that appointing Romney would insult the Trump voter base. “People feel betrayed to think that Gov. Romney, who went out of his way to question the character and the intellect and the integrity of Donald Trump, now our president-elect, would be given the most significant cabinet post of all, secretary of state,” she told NBC’s Chuck Todd. She has also repeatedly tweeted out her objections to Romney. On Monday morning, the other side struck back, with MSNBC’s Morning Joe reporting that “sources” claimed Trump was “furious” with Conway for trashing Romney.

This is crazy, but it also makes sense: Trump’s presidency is a creation of reality television, cable news, and Twitter. It’s no surprise those latter two are the way he’s conducting his transition. The whole thing feels like a bad reality TV pilot run amok. If only we could cancel the whole season.

So far our print and broadcast media don’t seem up to the challenge of covering Trump with the gravity or alarm his latest moves would merit. They stumbled to report his voter fraud tweets, with CBS News and The Washington Post simply repeating what he said in headlines and on Twitter, and only later debunking it. The Post’s Glenn Kessler did a thorough takedown of Trump’s Twitter claims, but overall, the impulse to treat the president-elect’s inflammatory tweets as “news,” whether to drive viewers or page views, is deeply ingrained and changing only slowly, and inadequately.

Particularly given the nomination of Senator Jeff Sessions as attorney general, Trump’s tweet storm likely foreshadows a major assault on voting rights. He signaled as much during the campaign when he told his crowds to go monitor “urban” polling stations for alleged voter fraud (which is so negligible that prior Republican investigations haven’t found evidence.) The Nation’s Ari Berman agrees that Trump will attempt to make it harder to vote, and The Washington Post’s Greg Sargent wrote about this Monday morning as well. More reporters need to take seriously what Trump’s post-election meltdowns tell us about the coming excesses of his administration.

We already know Trump is on a collision course with the emoluments clause of the Constitution, which prevents the president from receiving gifts or financial rewards from other countries. His investments in at least 20 countries provide many opportunities, and his Washington, DC, hotel, which foreign diplomats are already paying top-dollar to curry favor with Trump, is already an example. But constitutional scholars are looking at the 25th Amendment, which deals with presidential “incapacity.” Trump’s Twitter behavior ought to prove him incapable of being president, but to be fair, it resembles his pre-election behavior, and he was elected—with about 46 percent of the vote—anyhow. Still, if I were an elector in the Electoral College, I’d be thinking hard about how to cast my vote on December 19.