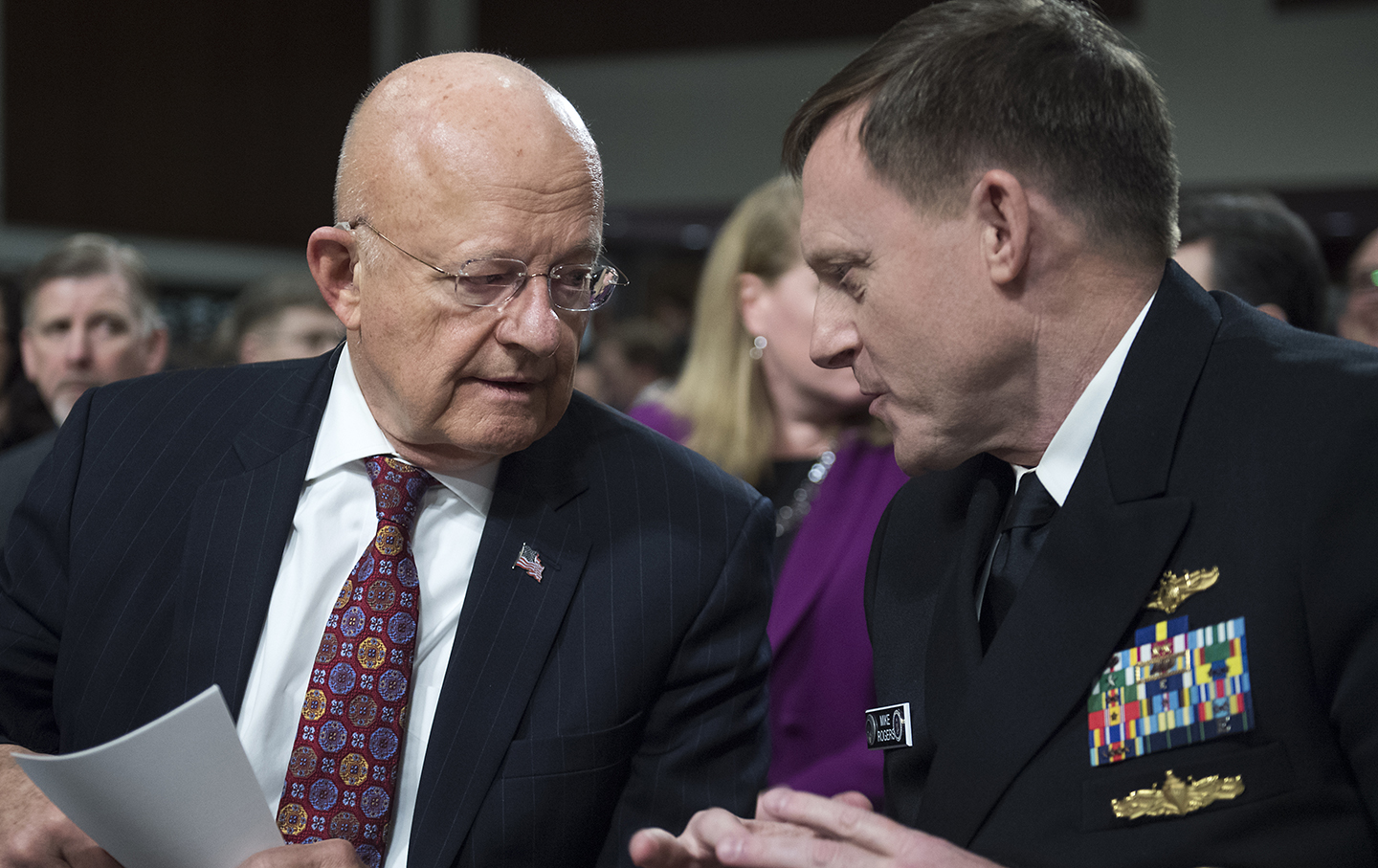 In 1966, the scholar-diplomat George F. Kennan testified before Senator William J. Fulbright’s Senate Foreign Relations Committee and said that the United States would be well advised to quit its habit of overhyping communist threats abroad. To continue, in Kennan’s words, to “jump around” like “an elephant frightened by a mouse” was unbecoming a great power and ultimately detrimental to its national security interests.

The 25 page declassified report on Russia’s campaign to influence the 2016 presidential election by the Office of the Director of National Intelligence (ODNI) proves, if nothing else, that old habits die hard: we are still jumping around like that frightened elephant.

Released on January 6, the public version of the ODNI report is presented as an “analytic assessment drafted and coordinated among the Central Intelligence Agency (CIA), The Federal Bureau of Investigation (FBI), and The National Security Agency (NSA).”

The report assesses with high confidence that Russian President Vladimir Putin ordered an “influence campaign in 2016 aimed at the US presidential election.” The aim of Putin’s campaign was threefold: “undermine public faith in the US democratic process, denigrate Secretary Clinton, and harm her electability and potential presidency.”

The trouble with the ODNI report, as quickly becomes clear, is that there is simply “no there there.” The report contains not a single shred of forensic evidence that the Russian government directed the hacks of the DNC or of Clinton campaign chairman John Podesta.

Instead of demonstrating conclusive links between the government of Russia and the hackers or between the government of Russia and Wikileaks, we are provided with a series of undocumented, evidence-free assertions of “high confidence” that Vladimir Putin directed an influence campaign to discredit Hillary Clinton in order to hurt her chances at the polls in November.

The report is marred by a reliance on innuendo and amateur psychological insights into Putin’s motives, while adding no new forensic or other hard evidence. Nowhere does the report indicate the ODNI’s sweeping conclusions were based on either HUMINT (human intelligence) or SIGINT (signals intelligence).

Nor does the report necessarily indicate agreement between the three lead agencies. According to The New York Times, “the eavesdroppers of the NSA believe with only ‘moderate confidence’ that Russia aimed to help Mr. Trump, while their colleagues at the CIA and the FBI have ‘high confidence.’” This is especially troubling because, as William Binney, a 36-year veteran of NSA and the creator of many of its collection systems, has pointed out, “the NSA would know where and how any ‘hacked’ emails from the DNC, HRC or any other servers were routed through the network.”

Given the shoddy, and at times risible, nature of the ODNI report, one can’t help but wonder why it was released in the first place, particularly since the bulk of the report is focused not on the hacking allegations but on the Russian state media channel RT, to which seven of the 25 pages of the report are dedicated.

While it’s certainly not wrong to say Russia is trying to influence public opinion in the United States through its English language channel (as the US does through its own government-funded media outlet in Latin America, the Spanish language Radio Martí, or in Eastern and Central Europe through the Slavic language programming of Radio Free Europe/Radio Liberty) the level of influence Russian media actually have in the United States is really quite small.

The country’s leading expert on Russian media, Duke University professor Ellen Mickiewicz, asks why the ODNI takes at face value RT’s own estimate of its viewership at “550 million people worldwide and 85 million in the US.” That estimate, says Mickiewicz, “is wholly imaginary. It refers to potential audience: households that can receive a signal—if and only if—they bother to turn it on.”

The question remains: Do large numbers of Americans tune in to RT? According to Professor Mickiewicz, “They do not. Nielsen analyzed the top 94 cable news programs from December 2014 through March 2015. RT did not even make it onto the list.”

In that case, another question arises: did the ODNI not know that? And if not, why not?

In any event, the focus on RT is puzzling for another reason: A number of RT’s best-known personalities, like former MSNBC host Ed Shultz, the radio host Thom Hartmann, and Pulitzer Prize–winning reporter Chris Hedges, were openly critical of Trump during the campaign. So the idea that RT was exclusively an engine for pro-Trump messaging just doesn’t hold up. Still more puzzling is that one of the RT programs singled out by the report for its role in influencing the election results, Breaking the Set, ended 2 years ago.

Meanwhile, major media outlets have gone into overdrive in denouncing President-elect Trump for seeming to question the validity of the intelligence community’s fundings. On January 7 Trump took to Twitter to pronounce: “Having a good relationship with Russia is a good thing, not a bad thing. Only ‘stupid’ people, or fools, would think that it is bad!”

Trump, it must be said, is a lousy messenger, and progressives are right to view his coming presidency with a very deep sense of alarm—but he is not, in this case, wrong.

There are indeed many grounds on which to criticize the president-elect. But the current hysteria over Russia may tie Trump’s hands during a time when US-Russia relations are at an exceedingly dangerous point. And that puts us all at risk. As Bill Clinton’s Defense Secretary William Perry told Politico magazine last week, “We are starting a new Cold War.”

“We seem,” says Perry, “to be sleepwalking into this new nuclear arms race. We and the Russians and others don’t understand what we are doing.” If the ODNI report is anything to go by, that is almost certainly the case.

With that in mind, we should welcome an independent, bipartisan commission to examine the intelligence community’s classified findings and to recommend measures to ensure the integrity of our elections going forward. Legislation sponsored last week by Maryland Congressman Elijah Cummings and California Congressman Eric Swalwell to create such a commission is, perhaps, a good first step.