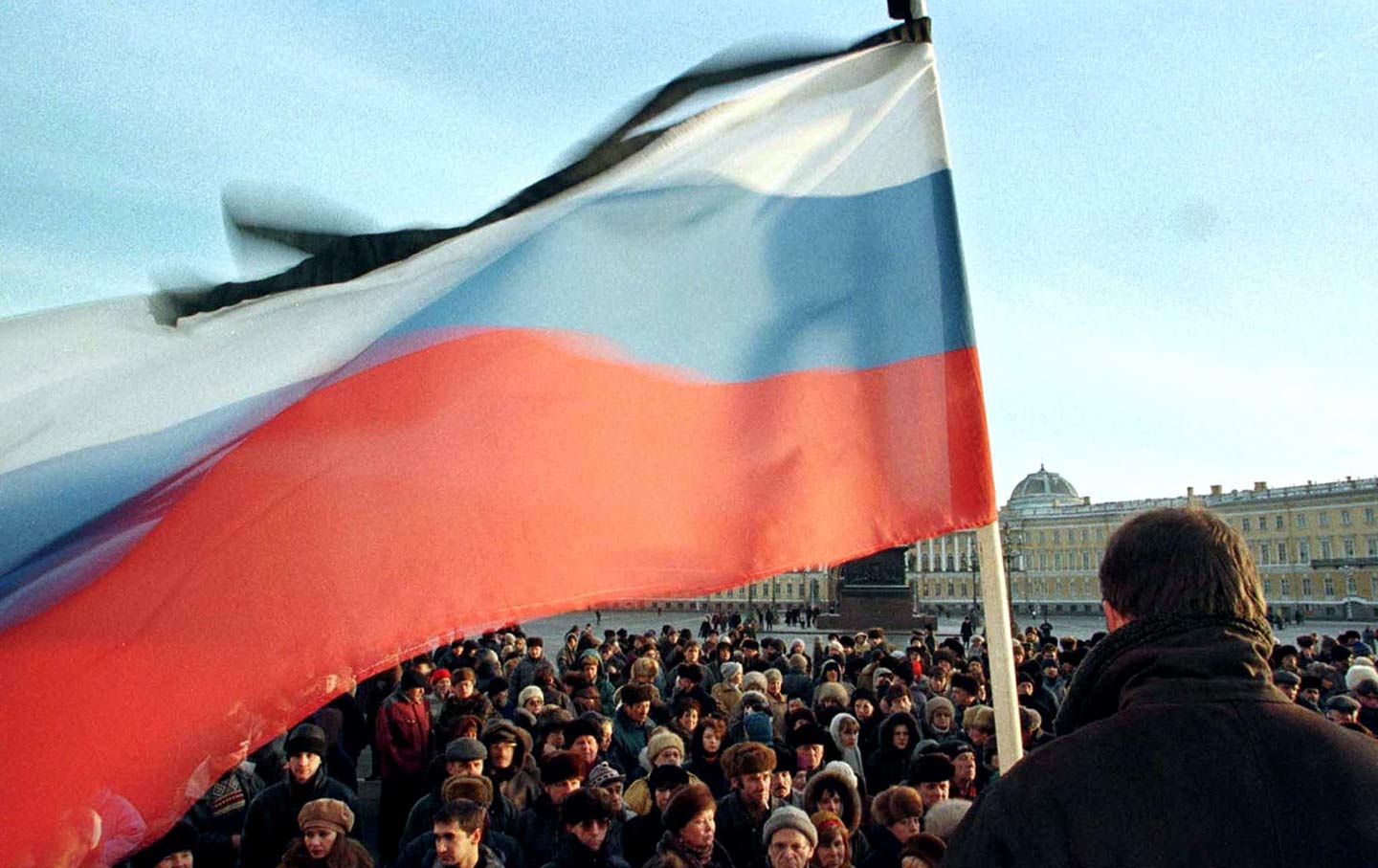 Even though the bipartisan Senate Intelligence Committee found “no direct evidence of a conspiracy between the Trump campaign and Russia,” Russiagate allegations of “collusion” between candidate and then–President Donald Trump and the Kremlin have poisoned American politics for nearly three years. They are likely to continue to do so for the foreseeable future, due not only to the current subpoena-happy Democratic chairs of House “investigative” committees.

At the core of the Russiagate narrative is the allegation that the Kremlin “meddled” in the 2016 US presidential election. The word “meddle” is nebulous and could mean almost anything, but Russiagate zealots deploy it in the most ominous ways, as a war-like “attack on America,” a kind of “Pearl Harbor.” They also imply that such meddling is unprecedented when in fact both the United States and Russia have interfered repeatedly in the other’s internal politics, in one way or another, certainly since the 1917 Russian Revolution.

For context, recall that such meddling is an integral part of Cold War and that there have been three Cold Wars between America and Russia during the past one hundred years. The first was from 1917 to 1933, when Washington did not even formally recognize the new Soviet government in Moscow. The second is, of course, the best known, the 40-year Cold War from about 1948 to 1988, when the US and Soviet leaders, Ronald Reagan and Mikhail Gorbachev, declared it over. And then, by my reckoning, the new, ongoing Cold War began in the late 1990s, when the Clinton administration initiated the expansion of NATO toward Russia’s borders and bombed Moscow’s longtime Slav and political ally Serbia.

That’s approximately 85 years of US–Russian Cold War in a hundred years of relations and, not surprisingly, a lot of meddling on both sides, even leaving aside espionage and spies. The meddling has taken various forms.

In the period from 1917 to 1933, such interference was extreme on both sides. In 1918, President Woodrow Wilson sent approximately 8,000 US troops to Siberia to fight against the “Reds” in the Russian Civil War. For its part, Moscow founded the Communist International (Comintern) in 1919 and urged the American Communist Party to pursue revolutionary regime change in the United States, an historical analogue of the “democracy promotion” later pursued by Washington. During these years, both sides eagerly generated, and amply funded, “disinformation” and “propaganda” directed at and inside the other country.

During the second Cold War, from 1948 to 1988, the “meddling” was expanded and institutionalized. At least until the McCarthyite attempted purge of such activities, the American Communist Party, now largely under the control of Moscow, was an active force in US politics, with some appeal to intellectuals and others, as well as bookstores and “schools”—all amply supplied with English-language Soviet “propaganda” and “disinformation”—in many major cities.

US meddling during those years took various forms, but the most relevant in terms of the role of social media in Russiagate were nearly around-the-clock Russian-language short-wave radio broadcasts. When I lived in Moscow off and on from 1976 to 1982, every Russian I knew had a short-wave radio as well as a nearby place where reception was good. Many were enticed by the then-semi-forbidden rock music—Elton John was the rage, having surpassed The Beatles—but stayed tuned for the editorial content, which was, Soviet authorities complained, “disinformation.”

Suspect “contacts” with the other side was another Cold War precursor of Russiagate. Here too I can provide first-hand testimony. By 1980, my companion Katrina vanden Heuvel—now my wife and publisher and editor of The Nation—joined me on regular stays in Moscow. Most of our social life was among Moscow’s community of survivors of Stalin’s Gulag and the even larger community of active dissidents. In mid-1982, both of us were suddenly denied Soviet visas. I appealed to two sympathetic high-level Soviet officials. After a few weeks, both reported back, “I can do nothing. You have too many undesirable contacts.” (Our visas were reissued shortly after Mikhail Gorbachev came to power in March 1985.)

In the post-Soviet era since 1992, at least until Russiagate allegations began in mid-2016, almost all of the “meddling” has been committed by the United States. During the 1990s, under the banner of “democracy promotion,” there was a virtual American political invasion of Russia. Washington openly supported, politically and financially, the pro-American faction in Russian politics, as did American mainstream media coverage. US government and foundation funding went to desirable Russian NGOs. And the Clinton administration lent ample support, again political and financial, to President Boris Yeltsin’s desperate and ultimately successful reelection campaign in 1996. (For more on the 1990s, see my Failed Crusade: America and the Tragedy of Post-Communist Russia.) Conversely, there was almost no Russian meddling in American politics in the 1990s, apart from the pro-Yeltsin lobby, largely made up of Americans, in Washington.

As for Russia under Vladimir Putin, since 2000, again there was virtually no notable Russian “meddling” in American politics until the Russiagate allegations began. (Not surprisingly, in light of the history of mutual “meddling,” Russian social media were active during the 2016 US election, but with no discernible impact on the outcome, as Aaron Maté has shown and as Nate Silver has confirmed.) American meddling in Russia, on the other hand, continued apace, or tried to do so. Until more restrictive Russian laws were passed, US funding continued to go to Russian media and NGOs perceived to be in US interests. Hillary Clinton felt free in 2011 to publicly criticize Russian elections, and, the same year, then–Vice President Joseph Biden, while visiting Moscow, advised Putin not to return to the presidency. (Imagine Putin today advising Biden as to whether or not to seek the US presidency.)

Indeed, the Kremlin may be more tolerant of American “meddling” today than Washington is of Russian “interference.” Maria Butina, a young Russian woman living in the United States, has been in prison for months, much of the time in solitary confinement, charged with “networking” on behalf of her government without having registered as a foreign agent. Hundreds of Americans have “networked” similarly in Russia since the 1990s, myself among them, to the indifference of the Kremlin, though this may now be changing, largely in reaction to US policies.

How should we feel about US-Russian “meddling” of the kind that involves dissemination of their respective information and points of view? We should encourage it on both sides. Attempts to suppress it is leading to censorship in both countries, while the more conflicting information and dialogue we have the better—better understanding and better policy-making and more and better democracy on both sides. (Disclosure: All of my own books and many of my articles have been published in Moscow in Russian-language translations. The reactions of Russian readers are exceptionally valuable to me, as they should be to any American author.)