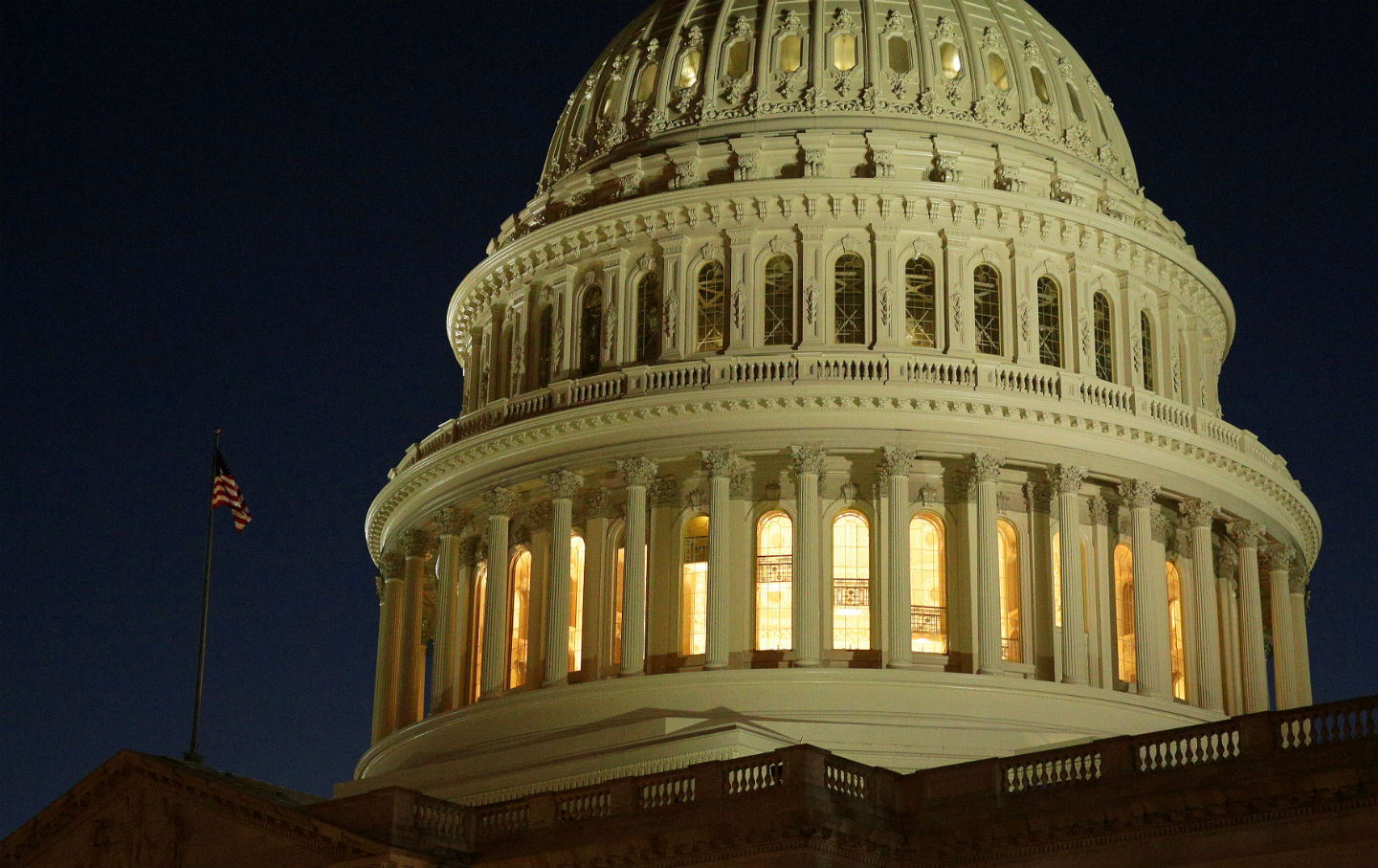 On January 3, the House of Representatives passed a little-remarked funding package with an insidious provision. It reinstates the so-called Holman Rule and gives any legislator the power to amend fiscal appropriations so as to reduce the salary of certain federal employees to $1. In other words, it allows members of Congress to get rid of individual civil servants who are not to their taste.

First proposed in 1876 by Representative William Steele Holman (D-IN), the provision’s original object was to curb corruption among customs officials. Today, the rule has strayed far from its original purpose, instead giving Republicans another tool with which to “starve the beast” and enforce political conformity. Its reincarnation does not grant the power to fire outright, as the original Holman Rule did, but it does allow civil-service salaries to be reduced to $1 at the whim of legislators. Representative Morgan Griffith (R-VA), who spearheaded the rule’s revival, rebuffed the notion that it could be used to fire federal employees en masse. According to The Washington Post, he “favors a strategic application, likening it to a bullet from a sniper rifle rather than a shotgun.” Griffith deemed it unlikely that Congress would “go crazy” with such cuts, but “I can’t tell you it won’t happen…. The power is there. But isn’t that appropriate? Who runs this country, the people of the United States or the people on the people’s payroll?”

A 1943 instantiation of the rule was used to justify eliminating the salaries of civil servants who were deemed too leftist.

History can be a remarkable echo chamber: Griffith’s language is very similar to earlier defenses of the Holman Rule. A 1943 instantiation of the rule was used to justify the proposed elimination of the salaries of thousands of federal employees targeted for being too leftist. The pressure to retrench those salaries was fueled by secret investigations led by Representative John Kerr (D-NC), who summed up the issue as follows: “Whether or not the people of this country want men who are not in sympathy with the institutions of this country to run it…these people under investigation have no property rights in these offices.”

It was in response to those clandestine investigations that Representative Martin Dies, chair of the House Committee on Un-American Activities, proposed an appropriations bill defunding the salaries of 39 employees whom he denounced as “irresponsible, unrepresentative, crackpot, radical bureaucrats” whose associations included “Communist front organizations.” Dies’s appropriations bill became law.

Three of the 39 employees so indicted went on to sue the federal government, becoming plaintiffs in the 1946 case of The United States v. Lovett. One was Goodwin B. Watson, an educational psychologist and, years later, founder of The Journal of Applied Behavioral Science. Another was William Dodd Jr.; he had worked for the Federal Communications Commission, but was apparently punished for his associations with the American League Against War and Fascism and the Committee for Anti-Nazi Literature. Robert Lovett, the named plaintiff, was a Harvard-educated English professor whom President Franklin Roosevelt had appointed as secretary to the Virgin Islands. Perhaps because he’d signed the Humanist Manifesto—a document attesting to the values of humanism, atheism and freethinking—Lovett was accused of being a communist, a charge later shown to be untrue.

It is not unreasonable to fear a coming wave of ex-post-facto punishment that might disable federal agencies.

All three men had performed their jobs well, and the agencies in question wished to keep them. Justice Hugo Black, writing for a majority of the Supreme Court, ruled that their being targeted was no “mere appropriation measure” (which would not be reviewable by courts) but instead was designed to “permanently bar respondents from government service.” The Court ruled that the salary amendment was effectively a bill of attainder that was prohibited by Article I, Section 9, of the Constitution. As Justice Black wrote: “Those who wrote our Constitution well knew the danger inherent in special legislative acts which take away the life, liberty, or property of particular named persons because the legislature thinks them guilty of conduct which deserves punishment. They intended to safeguard the people of this country from punishment without trial by duly constituted courts.”

These safeguards include the right to due process, hearing, and review. They include the First Amendment’s proscription against government censorship and the system of independent oversight provided by the Office of Government Ethics, recently attacked by  Republicans in Congress.

The federal government is the nation’s largest employer, with nearly 2 million civilians on the payroll. For all the glee expressed in some quarters about eviscerating “the bloat” and “draining the swamp,” public jobs are an important part of our democracy as well as our economy. Competitively assigned civil-service positions underwrite America’s remarkable continuity of governance; such an unshakable foundation is enabled by job security and the long-term store of accumulated knowledge produced thereby. As the Trump administration gathers the names of those who believe in abortion rights or global warming or equal pay for women or aid to African nations, it is not unreasonable to fear a coming wave of ex-post-facto punishment, including salary retrenchments that might disable not only bureaus like the Environmental Protection Agency, the Department of Housing and Urban Development, or the Social Security Administration, but also the Public Broadcasting System, the National Institutes of Health, the Kennedy Center, and the Smithsonian’s National Museum of African American Art and Culture.

In view of the Supreme Court’s Lovett verdict, the reassertion of the Holman Rule is unsettling. This Congress seems prepared to gut precisely the insulating mechanisms of nonpartisanship so essential to an enduring agency system—one based on performance rather than unbridled political patronage.