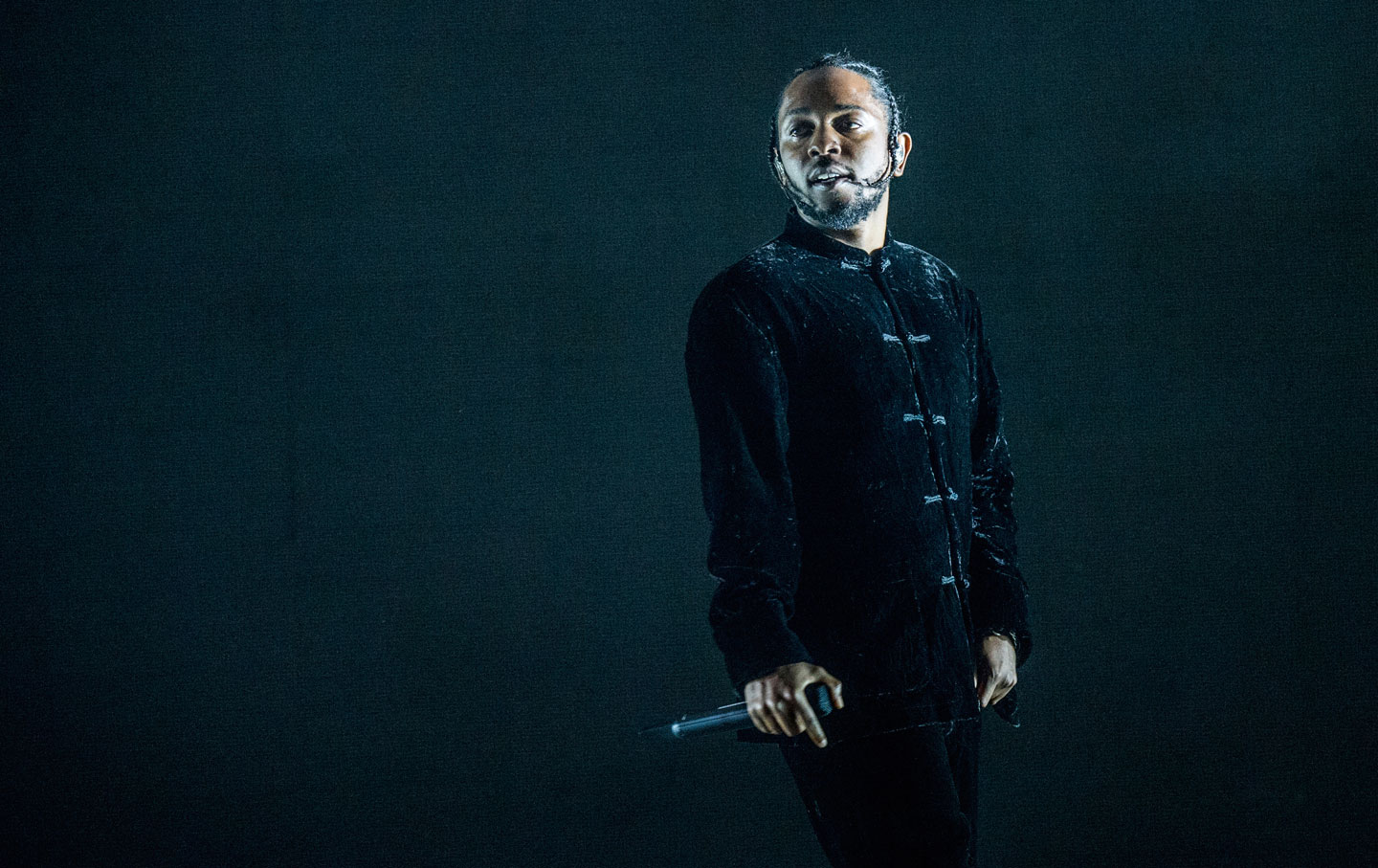 In a recent interview with T: The New York Times Style Magazine, rapper Kendrick Lamar addressed the creative arc of his music after To Pimp a Butterfly, his 2015 avant-rap opus, by first offering an analysis of society. “I think now, how wayward things have gone within the past few months, my focus is ultimately going back to my community and the other communities around the world where they’re doing the groundwork,” Lamar said. With its unflinching critique of racism and classism, Butterfly sought to offer uplift to black Americans suffering under the weight of oppression. But according to Lamar, there is something else missing from both our music and our culture: “We’re in a time where we exclude one major component out of this whole thing called life: God.”1

The divine has always been present in Lamar’s art. “Lord God, I come to you a sinner, and I humbly repent for my sins,” went a prayer from his major-label debut, good kid, m.A.A.d. City (2012). “I receive Jesus to take control of my life, and that I may live for Him from this day forth.” Set in summertime Los Angeles, good kid is a coming-of-age tale in a place where urban blight and gang culture threaten many people’s daily existence. Here, God offers a way out; faith keeps the “good kid” from abusing alcohol and his friends from retaliatory violence. As expressed on that album, Lamar’s notion of faith and praise isn’t grandiose; he looks to God to bring inner peace.2

By 2015, on Butterfly, the scope of this forgiveness and redemption had widened. “Nobody speaks on it because it’s almost in conflict with what’s going on in the world when you talk about politics and government and the system,” the rapper told T magazine. And, indeed, the public’s reception of the single “Alright,” which became a protest anthem against police violence, funneled the lyrics into a chant and emphasized the pithy optimism of “We gon’ be alright.” The complete lyric, however, expresses a more honest reckoning with human failures in a precarious conditional statement: “I’m fucked up / Homie, you fucked up / But if God got us / Then we gon’ be alright.”3

Released on Good Friday, Lamar’s excellent fourth album, DAMN., finds the rapper looking to God again, and it becomes clear that Lamar’s “if” statement isn’t a question of existence, but rather of God’s willingness to intervene. “Why God, why God do I gotta suffer,” a distorted voice wonders on “FEAR.,” one of the album’s many great songs. Lamar’s focus on God doesn’t have the gospel flair of Chance the Rapper, whose use of full choirs and Kirk Franklin features give his music a jubilant feeling. While Chance uses his art to openly praise God, Lamar equivocates, always concerned about his own (and humanity’s) standing in the eyes of the Supreme Being: “All this money, is God playin’ a joke on me? / Is it for the moment and will he see me as Job? / Take it from me and leave me worse than I was before?”4

But he’s not offering a solipsistic worldview. As a storyteller and craftsman of highly conceptualized albums, Lamar frequently uses the first-person voice as a literary (or listening) device. He wants us to hear how various individual American types—the posturing media pundit, the unconcerned celebrity, the bombastic hustler, the impoverished and fearful mother—have, each in their own way, lost touch with the common good. Or, as Lamar would have it, with God.6

In this way, Lamar has given us an album that is as concerned with the United States as it is with God. The connectivity embodied by a Supreme Being represents both our threatening downfall and our potential redemption. Much of Lamar’s message strikes the same chord as Marvin Gaye’s What’s Going On, the Motown singer’s landmark 1971 album. On it, Gaye assumes the role of a Vietnam War veteran returned home, who looks longingly to the heavens as racial hardship and societal distress unfold all around him. “People, we all gotta come together…,” the singer pleads on “Wholy Holy.” “Jesus left a long time ago, said He would return. / He left us a book to believe in / In it we’ve got a lot to learn.”