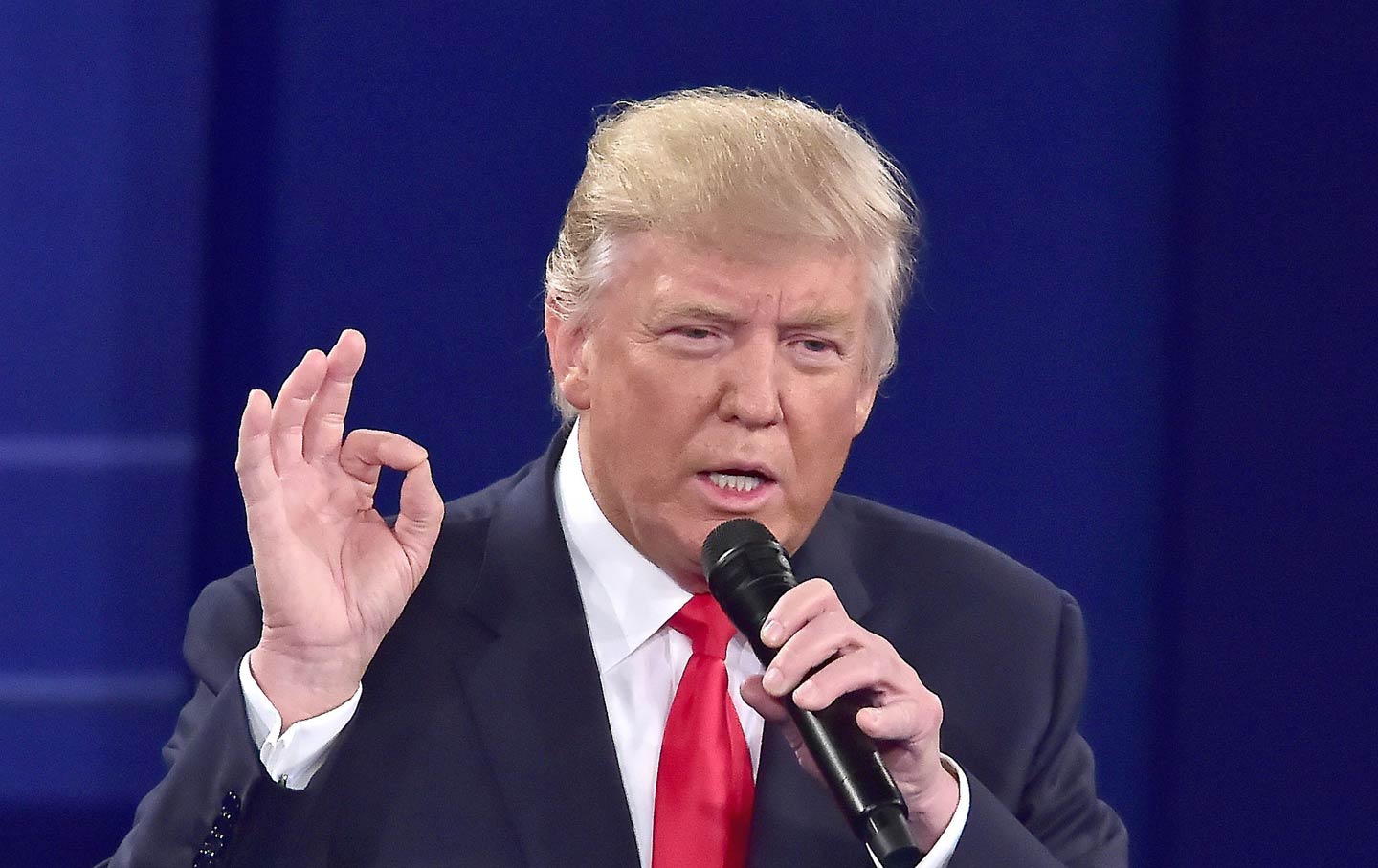 The third and final presidential debate of the 2016 campaign should begin with a simple question for Donald Trump and Hillary Clinton: Will you accept the results of the election in which both of you are currently competing?1

The candidates should be allowed to answer at length. And they should be prodded to reflect seriously on what they believe to be the basic requirements of a fair election. The Commission on Presidential Debates and moderator Chris Wallace need not fret about the prospect that a discussion of the legitimacy of this election, and future elections, might dominate the final debate. What could be more illustrative, more instructive, more valuable than an extended discussion of democracy itself?2

The beginning point for the discussion must, necessarily, be with Trump.3

“Right now, we’re not aware of any systemic problems in our voting system.” —Ohio Secretary of State Jon Husted

The Republican nominee for president has aggressively advanced a discredited claim that the November election will be “rigged.” If he sticks to this argument in the debate, he should be:4

1. Encouraged to define the word “rigged.” Is he claiming, as seems to be the case, that there is a looming threat of massive illegal voting? If so, then he should be required to provide credible evidence of his claim.5

2. Confronted with the academic research that has called into question talk of a “rigged election,” especially claims regarding illegal voting. As an example, Trump could be pressed to discuss the long-term research by election-law expert Justin Levitt, a Loyola Law School professor who has determined that just 31 credible incidents of alleged voter impersonation occurred in the “general, primary, special, and municipal elections from 2000 through 2014…[in which] more than 1 billion ballots were cast.”6

3. Asked to reconcile his “rigged election” talk with statements from Republican secretaries of state who have explained that this is not a legitimate fear.7

If Trump embraces the classic definition of a “rigged election,” in which the machinery of popular democracy (machines, ballots, counting processes, tabulation of totals, and the reconciliation of the numbers) is manipulated to favor a candidate, then he should be asked to explain precisely where the threat is playing out. Is he concerned about particular states? Trump claims “the election is being rigged…at many polling places.” Has he contacted state and local election officials to alert them regarding his concerns? Has he provided those officials with evidence that he has not to this point provided to the media or to his own supporters?8

Ohio Secretary of State Jon Husted, a Republican who plans to vote for Trump, says: “If there is a systemic problem, please identify it. Don’t just make an allegation on Twitter. Tell me. Tell the secretaries of state around the country what the problem is so we can fix it. Right now, we’re not aware of any systemic problems in our voting system.” Is Trump aware of Husted’s comments? Has he spoken with Husted?9

And here are a few more questions: Does Donald Trump worry that making the “rigged election” charge such a major focus of his campaign might lead any of his supporters to engage in voter intimidation on Election Day? Does he worry that any of his supporters might resort to violence if he is defeated? Is he aware that officials are worrying about how to assure that voters feel safe at their polling places and that offices of local election boards are secure? What will Trump say to his supporters to assure that this will be a fair and orderly election, and that the counting of votes will proceed without interruption?10

But this is not just about Trump. Debates are not interviews. Moderator Chris Wallace has to address pointed questions to both candidates. And there are plenty of questions for Hillary Clinton.11

Clinton can argue that restrictive voting laws represent an attempt to rig the election in favor of the GOP.

If Clinton says she is confident in the system, she should be asked why. Does she think it is perfect? Or does she recognize flaws and vulnerabilities? Clinton should be reminded that Democrats have, for many years, raised concerns about the actions of election administrators (remember Florida Secretary of State Katherine Harris) and nefarious practices (remember the controversies over voter caging and other unfair practices that have been used the removal of eligible voters from voter rolls). And she should be reminded that the Democratic party of onetime Chicago mayor Richard J. Daley and the old big-city machines has itself faced accusations of wrongdoing.12

Clinton can express confidence that the current election is not being rigged (and justify that confidence with references to statements from election officials who are members of Trump’s own party), while at the same time acknowledging the steps that can and should be taken to improve our election processes.13

A serious discussion of voting and elections can have nuance. It can have depth. And it can frame the debate more honestly than has Trump.14

Clinton has every right to assert that restrictive voting laws enacted by Republican legislatures in states across the country represent an attempt to rig the election in favor of the GOP. She can also talk about the need to renew and extend the Voting Rights Act, about best practices in the United States (such as Oregon’s universal-voter-registration law) and about next steps (like establishing a constitutionally defined right to vote and enacting national standards to address uneven and unequal rules for voting and counting votes).15

What if the whole of the final presidential debate was given over not only to an examination of Trump’s bogus claims but to a serious discussion of how to make real the promise of American democracy? Well, then this would be the most worthwhile debate of 2016.16