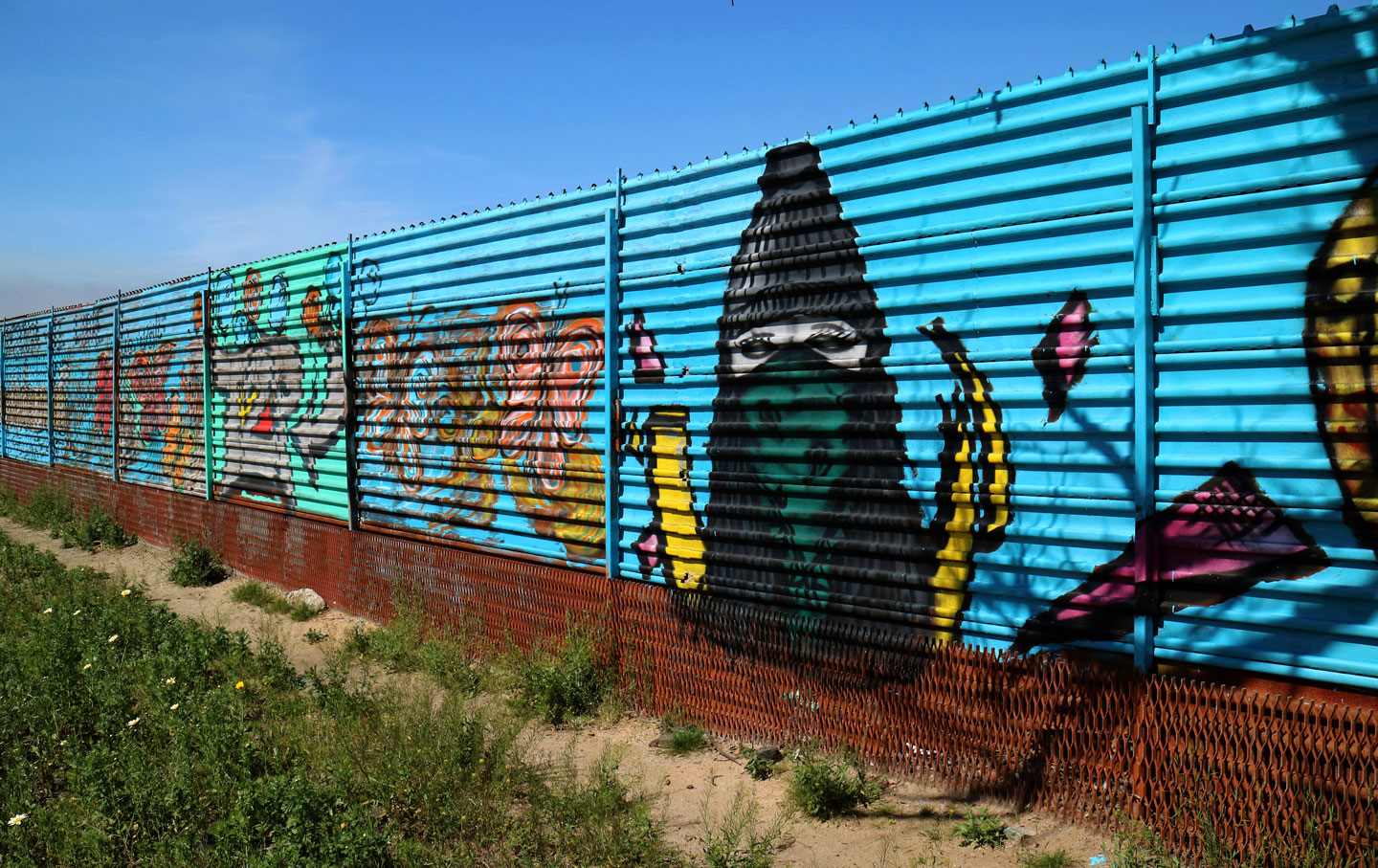 America needs a new policy toward Mexico. I’m not talking about the renegotiation of NAFTA. But something that helps restore the amity and goodwill among people on both sides of the US-Mexico border. I’m calling on citizens to adopt the “Fandango Doctrine,” in which we use the arts to create more harmony between both nations.

The arts can be a forerunner to progress in society. It was the jazz band that was integrated in the 1930s, with Benny Goodman playing alongside Lionel Hampton, long before Jackie Robinson broke the color barrier in Major League Baseball in 1947. The US Department of State hired jazz musicians like Louis Armstrong and David Brubeck in the 1950s to tour abroad to win the hearts and minds of audiences in communist countries. When there was a thaw in US-Cuba relations in the late 1970s, musicians such as Billy Joel and Billy Swan participated in the multiday “Havana Jam” festival in Cuba in 1979, several decades before Presidents Barack Obama and Raúl Castro eventually normalized relations between the two countries in 2015.

But America has lost the hearts and minds in Mexico: Some 65 percent of Mexicans have a negative view of America, a sharp turn from the 66 percent who viewed the United States favorably in 2015. This reversal can be traced to President Donald Trump’s xenophobic rhetoric and policies. But Trump’s policies don’t reflect the feelings of the majority of the American people. According to a recent Gallup poll, 72 percent of Americans consider Mexico an ally or friend, yet this number has fallen from 78 percent in 2013.

Because anti-Mexico rhetoric is integral to Trump’s political success, we can’t expect his administration to adopt a friendlier posture towards our southern neighbor. Instead, it falls upon citizens to foster more harmonious cross-border relations.

One of these citizens is Jorge Francisco Castillo, a retired librarian who worked in Chula Vista, California, and now resides in Tijuana, Mexico. I consider him the fountainhead of the Fandango Doctrine, though he doesn’t use this term. He volunteered to clean up the beaches of Tijuana in 2007, and that’s when he noticed the hulking border wall. He saw the people on the other side and realized it would be a terrific place for a fandango, a jam session in which families and friends sing, dance, eat, and drink.

In 2008, Castillo organized the first annual “Fandango Fronterizo,” in which musicians and members of the public gathered on both sides of the wall to participate in a fandango. The music performed at these events is known as son jarocho, which means “from Veracruz,” a coastal southeastern state of Mexico. Son jarocho music usually only has a couple chord changes, which makes it easy for members of the public to sing and strum along. While the participants in this fandango can’t cross from one side of the border to the other, the music traverses the mesh, and the festival has become an incredible display of cross-border artistry and friendship.

Earlier this year, acclaimed jazz pianist Arturo O’Farrill and I led a delegation of musicians to attend the eleventh annual Fandango Fronterizo. We recorded an album inspired by the festival—Fandango at the Wall: A Soundtrack for the United States, Mexico, and Beyond. All told, the album has over 30 tracks, includes over 50 musicians, and was recorded during five sessions that took place in Tijuana and also in New York. Some of the guest artists include violinist Regina Carter, rapper Ana Tijoux, Hamilton’s Mandy Gonzales, drummer Antonio Sánchez, Villaobos Brothers, Rahim AlHaj Trio, as well as son jarocho stars like Patricio Hidalgo and Ramón Gutiérrez Hernández.

Fandango Fronterizo has become a pilgrimage for activists who believe that both countries should work toward a diplomatic rapprochement. This cross-border fandango recasts and even subverts the purpose of the wall, by turning it into a common space of peace, perhaps even presenting a vision of what US-Mexico relations may one day become.

The Fandango Doctrine calls for Americans to participate in fandangos that take place in their own communities. You can learn about some of these events by following the Facebook pages of SonJarocho.MX and the band Radio Jarocho. Type “Son Jarocho” and your city name into Facebook and Google, and you may discover a network of communities who host fandangos, from the Son Jarocho Collective in Arizona to the San Francisco Son Jarocho Festival. I recently attended one in the Bronx, which was organized by Son Pecadores, a band that includes Mexican-Americans who throw a fandango almost every month in the New York City area. When you join a fandango someone may hand you a jarana, an instrument similar to a guitar, and urge you to start strumming. Or you may become engulfed in a conversation about logistics: “What song should we play next?” and “Who brought the food?” These person-to-person exchanges are what tears down the walls of hostility and builds the bridges of friendship.