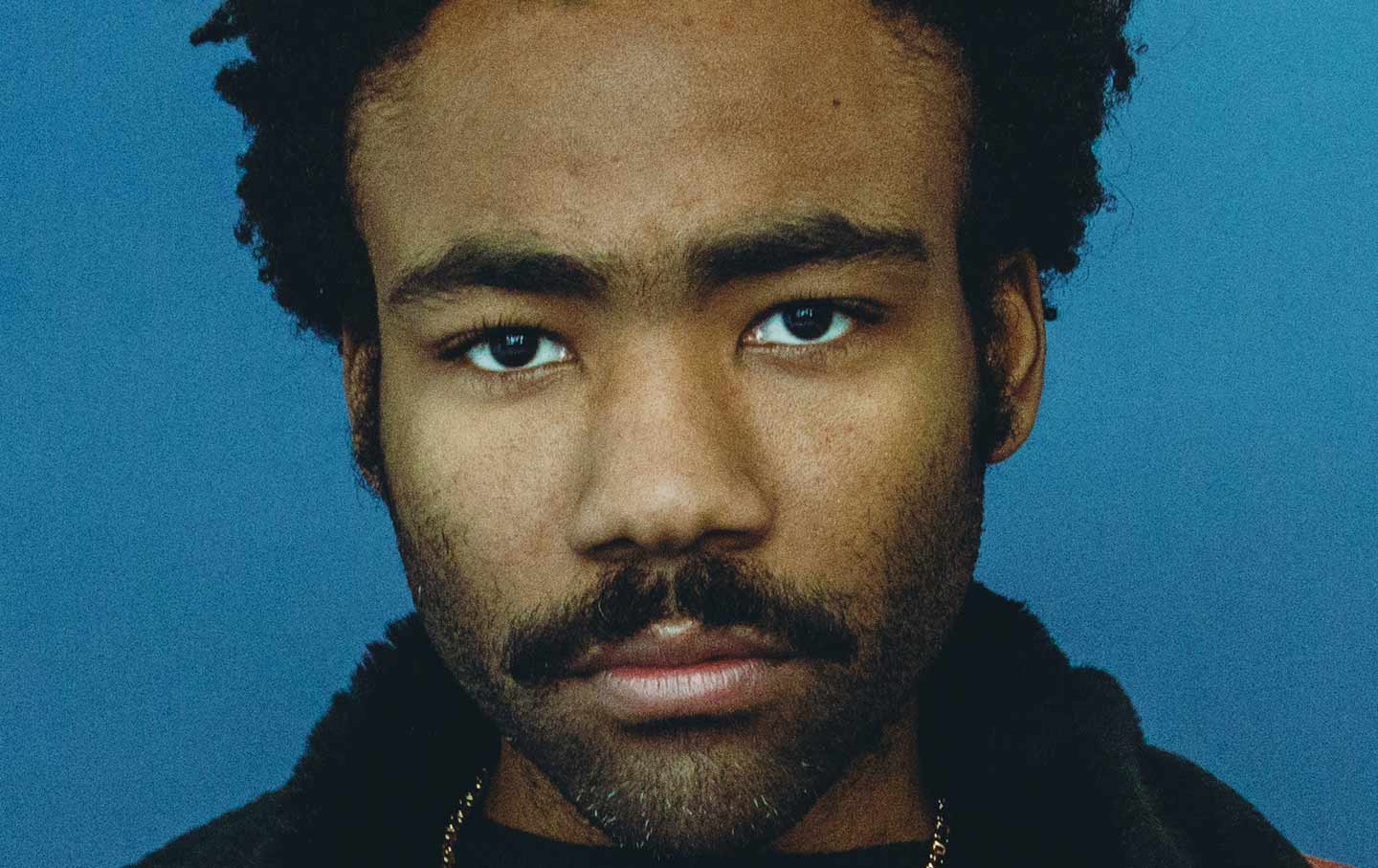 Donald Glover has worn several hats thus far. In 2006, at the age of 23, he was hired as a writer for 30 Rock, Tina Fey’s long-running sitcom. Four years later, he tried his hand as a stand-up comic. Glover’s first special aired on Comedy Central in 2010; a follow-up, Weirdo, aired in 2011. On NBC’s Community, he played a quirky college student and former athlete who idolized the actor LeVar Burton. But lately, Glover seems to have hit his stride: As Earnest “Earn” Marks on Atlanta, a TV show that he created and stars in, Glover thrives by doing barely anything at all. He is witty and sarcastic, but mostly he stays in the background and lets his castmates shine.

When it comes to music, Glover is tougher to peg. Recording under the name Childish Gambino, he’s developed a sound that doesn’t quite fit into any easily identifiable category. From the studio albums Camp (2011) and Because the Internet (2013), to the mixtapes Royalty (2012) and STN MTN/Kauai (2014), Glover’s music has sounded like a mixture of Atlanta street rap, tropical dance, and R&B. On his latest, “Awaken, My Love!,” he ditches rap altogether, crafting an 11-song set of ’70s-inspired soul. In interviews, Glover has said that he created the album as a tribute to the music in his father’s collection. “I remember listening to songs my dad would play—albums by the Isleys or Funkadelic—and not understanding the feeling I was feeling,” he told Billboard. “I remember hearing a Funkadelic scream and being like, ‘Wow, that’s sexual and it’s scary.’ Not having a name for that, though; just having a feeling.”

“Awaken, My Love!” marks a stunning shift in Glover’s sonic evolution. It’s his most enjoyable release, mostly because the production around him sounds so rich and expressive. The album has remarkable highs: Opener “Me and Your Mama” is a scorching gospel-rock hybrid on which he pleads for a lover’s affection. “Girl, you really got a hold on me!” Glover screams over loud drums and acoustic guitar. “So this isn’t just puppy love!” On “Have Some Love,” he embodies a War-like essence, preaching unity with a group of backup singers: “Have a word for your brother / Have some time for one another / Really love one another / It’s so hard to find.” A message like that is sorely needed in this social climate, but the tune—a methodical, organ-driven groove—mimics Funkadelic’s “Can You Get to That” a bit too much. Indeed, the whole album borrows liberally from the past. “Baby Boy,” a sweet, hazy ode to Glover’s newborn son, sounds eerily similar to Sly and the Family Stone’s “Just Like a Baby.” On “Redbone,” the album’s delightful second single, Glover spins a cautionary tale about street vigilance: “Stay woke! Niggas creepin’ / They gon’ find you, gon’ catch you sleepin’.” While the song is infectious, perhaps because he sounds like Prince, the music is too obviously a Bootsy Collins rehash.

Glover also occasionally uses voice modulators on “Awaken,” tweaking his vocals to emulate funk icons George Clinton and Sly Stone. Not a bad place to land, but to my ears, he seems to be reaching for the same creative benchmark that another Georgia native, Atlanta’s Andre 3000, achieved on a similar funk-soul hybrid, 2003’s The Love Below. There, the OutKast member lifted just enough from the 1960s and ’70s, mixing it with Southern pop to establish his own vibe. While “Awaken” is a good listen from song to song, and by far Glover’s best album, the music doesn’t always connect. As it plays, there’s a sense that his personal voice—who he is, the view of the world he’s trying to convey—is still largely missing, that he’s still playing dress-up. (Not to mention that he clearly enjoys blurring the lines between his Glover and Gambino personas.)

Donald Glover’s Show About Nothing

Common and the New Aesthetics of Blackness

It’s not until the album’s final song, “Stand Tall,” that Glover clarifies his larger goal: This is a record dedicated to his son, using the music that his own father loved. Glover ponders his dad’s teachings, looking back on the life lessons that drive him today: “Keep on your dreams, keep standing tall / If you are strong, you cannot fall.” It’s the record’s most heartfelt moment, and a message that Glover can deliver to his own child. Until this album, though, he has often sounded like an actor playing the role of an MC, just messing around with the art form like it’s no big deal. This perceived playfulness on Glover’s part has had a polarizing effect, mostly between younger and older listeners who debate the artist’s sincerity. But there has always been a certain amount of seriousness beneath the surface—and, anyway, who says Glover can’t be everything all at once?

Editor’s note: This review has been slightly updated and published in the January 30 issue of The Nation.