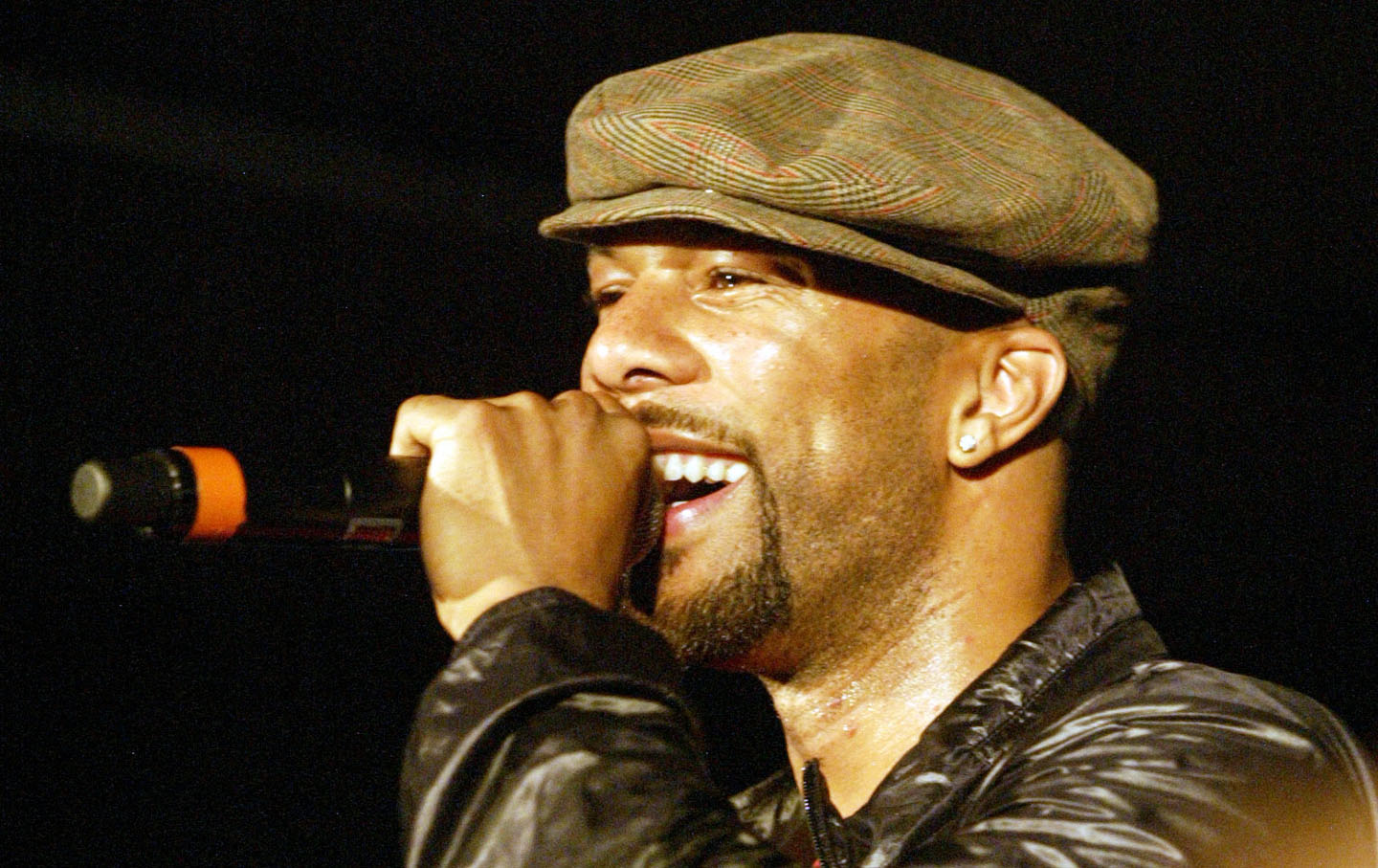 In 2015, rapper Common and singer John Legend won the Academy Award for Best Original Song; their collaborative track “Glory” had become the unofficial theme for director Ava DuVernay’s film Selma, which depicts the 1965 voting-rights marches in searing detail. Though the award was a great achievement for both musicians, it seemed to hold larger significance for Common, who for the past 20 years, has developed a reputation as rap music’s nice guy. With his megawatt smile and positive demeanor, he’s always been the rapper you wanted to succeed. In the mid-1990s, when others spit terse narratives about selling drugs and toting guns, Common was a likeable battle rapper and a romantic figure, equally adept at rapid-fire flows and sentimental narratives.

Common hit his stride during the early 2000s neo-soul era. His biggest commercial hit, “The Light,” was a syrupy ode to wholesome and fulfilling love, set to a notable Bobby Caldwell sample. “The Light” was the second single from Like Water for Chocolate, the album for which Common is perhaps best known, and the one that cemented his identity as a rapper who’s as interested in social uplift as he is in making love and music. (It also might be his best work.) That, 15 years later, Common made “Glory” is no surprise: If anything, it was a return to form after years of artistic and brand experimentation. Yet while the Oscar win is perhaps Common’s biggest milestone, it may also be his biggest hindrance. The validation seems to have given him reason to reach for the excellence of Like Water, but what we’ve gotten the last few years is lukewarm, melodramatic rap.

Uplift as such is the well to which Common returns on his 11th studio album, Black America Again. Much like Solange’s A Seat at the Table and Kendrick Lamar’s To Pimp a Butterfly, Common’s latest record is designed to offer an unfiltered glimpse into the black experience, using a mix of real and fictional narratives to get his point across. What his point? You can’t really tell from listening to Black America Again. Where his previous LP—2014’s Nobody’s Smiling—detailed the violence in his native Chicago, his new album envisions a utopian, post-racial world in which discrimination doesn’t exist. With its saccharine vibe, Black America Again feels more like an R&B record, reducing the substance of American inequality to songs that don’t amount to much, let alone a complete, artful project. What does come through is an unfocused effort, hampered by improper sequencing and clichéd themes. Moments of promise are followed by cringeworthy rhymes that make you wonder why Common wrote them in the first place, and why his friends let him get away with it. Like on “Pyramids”: “Dude said I was a hero / I ain’t nothin’ but a sandwich / A gluten-free one at that.” Then there’s this gem from “Love Star”: “Relatin’ like cousins / Though we kissing, though / Love can be sick, or medicinal.”

Produced by Karriem Riggins, Black America Again is full of a wistful soul sound, which is nothing new for Common. The beats are equally lush and spacious, allowing Common’s voice to shine clearly without obstruction. The synergy works perfectly on the album’s title track, by far the record’s best song, on which the rapper runs through a litany of racial injustices. “Trayvon’ll never get to be an older man,” Common declares from the onset. Moments later: “Is it a felony, or a misdemeanor / Maria Sharapova making more than Serena.” Here, he sounds motivated, showing flashes of the old Common. His rhymes are powerful, but those moments are too few on this LP. Elsewhere, on “Home,” the MC raps to himself, from God’s perspective, and does a little bragging: “You’ll appear in circles in Hollywood / I birthed you in Chicago, you know how to poli good / You’ll get Oscars, Emmys, and Grammys / Give those to your family / Don’t get caught up in the vanity / Or the world’s insanity.” Common’s always had a stilted cadence—enjambment is his most-oft used lyrical device—and he uses it to polished effect here, but on Black America Again, he tries too hard to be clever and instead sounds contrived.

It wasn’t always like this. Common’s work between 1994 and 2005 rivals any other rapper’s years of creative output. Many rap heads consider the albums of that period—Resurrection (1994), One Day It’ll All Make Sense (1997), and Like Water for Chocolate (2000)—to be all-time classics. Be, his 2005 album-long collaboration with fellow Chicagoan Kanye West, rounds out the list of Common’s most impressive albums. Over the next couple years, the MC ramped up his acting career, appearing in films like Smokin’ Aces and American Gangster. His musical output slowed, and during that time wearing blackness has become less threatening to a musician’s popularity. Of late, alongside the urgency of protestors, there has emerged a new aesthetics of blackness that is verging on trendiness. In that way, Black America Again is too safe, surely not as “revolutionary” as the trend—among music, painting, writing, etc.—wants itself to be.