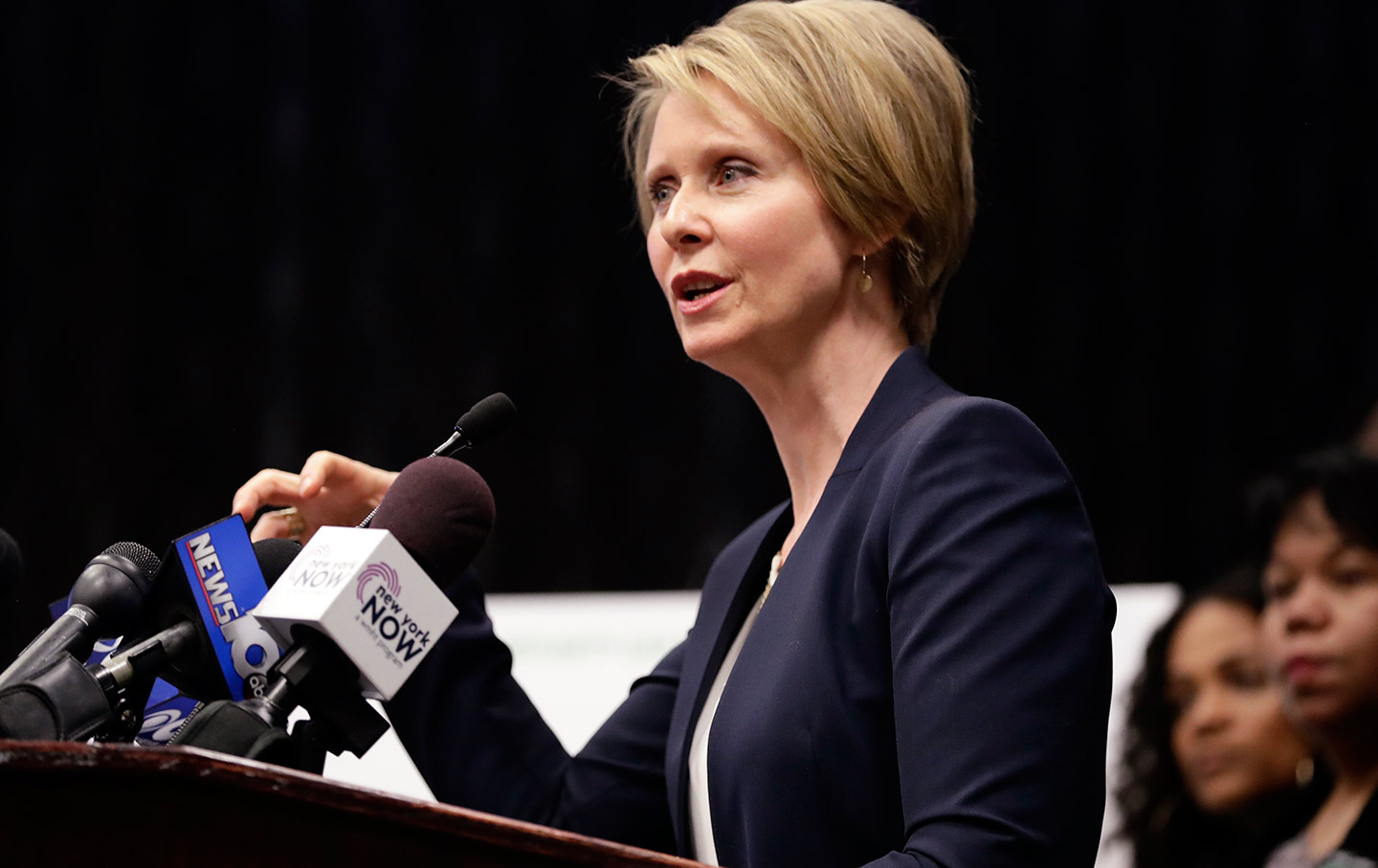 Cynthia Nixon is best known for playing Miranda Hobbes on Sex and the City, which ran for six years on HBO and spawned two feature films. Now she’s on the campaign trail, challenging New York Governor Andrew Cuomo—and blasting some of the very tax credits that helped her attain fame. It’s part of a critique of corporate cronyism that could close the still-sizable polling gap between Nixon and the incumbent governor.

New York spends more than $400 million per year on a film production tax credit, which is essentially a tax break that reimburses a percentage of the costs production companies incur while making movies or television shows in the Empire State. It’s New York’s single largest business incentive program. Last year, beneficiaries included Master of None, Elementary, and Law and Order: SVU. In previous years, among many other films, both Sex and the City and Sex and the City 2 cashed in, collectively benefiting to the tune of about $13.6 million.

Proponents argue that subsidizing film and television production in this way promotes job creation and other economic activity. Nixon isn’t buying it.

“I don’t think there’s any real truth that that enormous expenditure of money is making a significant enough difference in production to justify it,” she told the Buffalo News. She later said that “we’ve got to improve the Film Production Tax Credit in a smart way that works for all working families, so that we’re protecting jobs of the New York-based crew instead of the lion’s share of tax credits going to the big movie companies in Los Angeles.”

Nixon is correct on the policy. Dozens of states currently subsidize movie and television production, by more than $1 billion annually. However, most studies show that such tax breaks do the exact opposite of what’s advertised: Not only don’t they create new jobs; they don’t come anywhere close to recouping their up-front costs.

According to a University of Southern California study in 2016, the effect on employment and wages in states with film-incentives programs, including New York, was not appreciably different from zero. Meanwhile, a different study of Maryland’s film-incentive program—used to subsidize House of Cards and Veep, among other programs—found that the state recouped just six cents in revenue for every dollar spent. Other states see similarly paltry returns.

Why does that happen? Well, a lot of the money ends up going exactly where Nixon said it does: into the pockets of big production companies based somewhere other than where the film in question is being shot. In one study of Massachusetts’s film program, less than half of the jobs attributed to the subsidies wound up going to people who actually lived in the state; the rest went to out-of-state actors, producers, and others who flew in briefly for the production process. And those wages don’t benefit the local economy, but rather go back to wherever those folks live and work the rest of the time.

There are plenty of other reasons these subsidies are a big waste. States wind up paying for movies or shows to be filmed in areas that would have been chosen anyway because of other considerations, such as providing the necessary geographic setting. And all that money could have been spent to create jobs directly, or on something like education or infrastructure that offers far bigger bang for the buck. So, economically, Nixon is on the right track.

But there’s reason to believe her stance will pay political dividends, too. Americans generally believe, correctly, that corporations pay far too little in taxes and receive too much preferential tax treatment. Cuomo has been a big fan of corporate tax incentives; New York’s are some of the most expensive in the nation. The state gives large tax breaks to many big entities like banks and General Electric. Cuomo’s consistent advocacy for film incentives is one reason Sony executives were so psyched about pushing donations his way.

Showing that she won’t kowtow to corporate interests—even in the industry to which she owes her career—could be one way for Nixon to show a clear contrast with Cuomo, who already has a reputation for being only as progressive as he needs to be. As part of a wider critique of corporate economic favoritism, Nixon is moving in the same direction as many in her party, while at the same time being right on the merits. It’s certainly worth a shot.

Since 2009, 13 states have ended their film-incentives programs, according to the National Conference on State Legislatures. Nixon has managed to move Cuomo to the left on some important matters in her short time in the race. Encouraging people to yell “cut” on some of the egregious aspects of New York’s tax giveaways would be one more point in her favor.