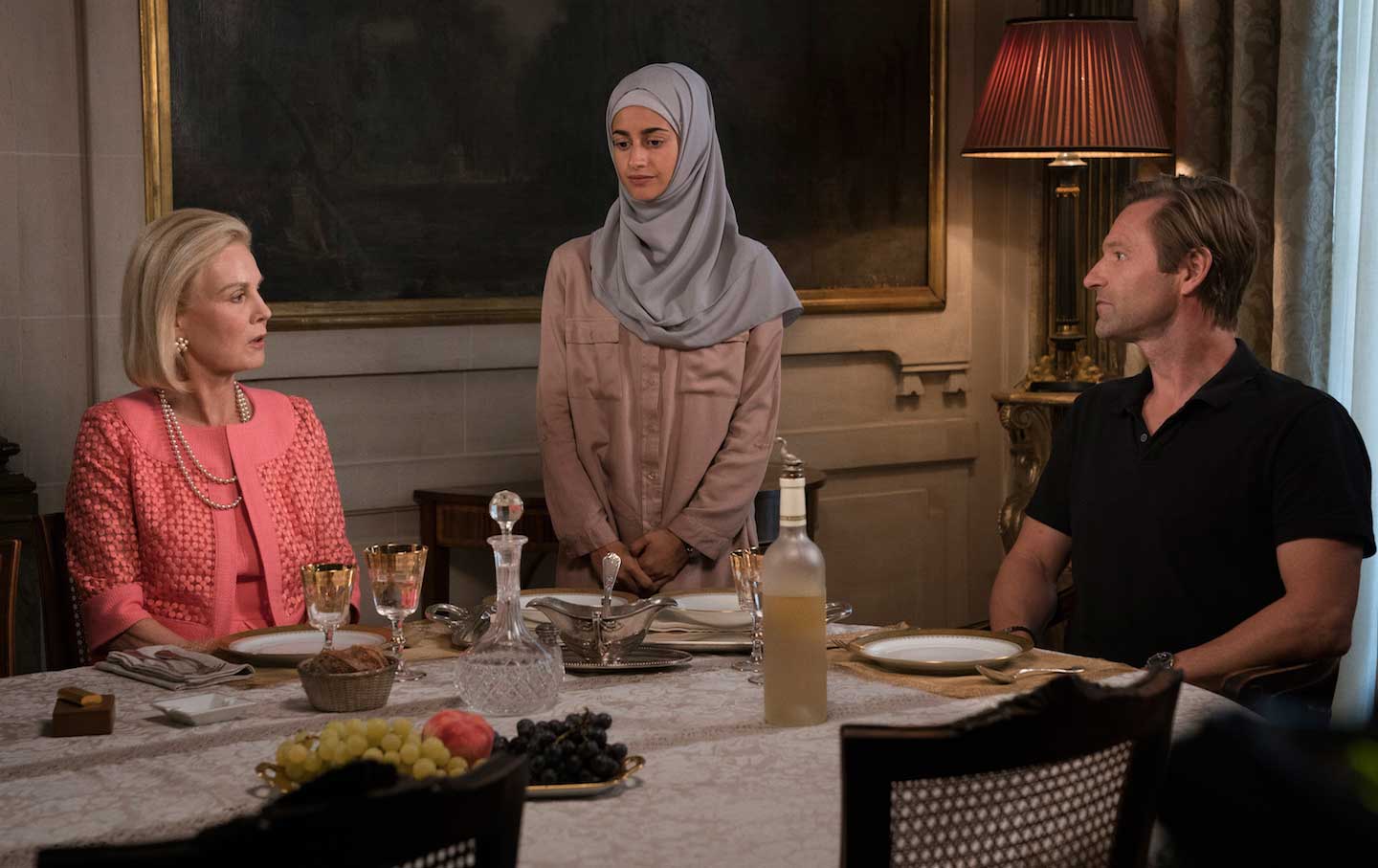 A still from Matthew Weiner’s The Romanoffs. (Christopher Raphael / Amazon)

The premise of The Romanoffs is that descendants of the Russian royal family are everywhere, and they’re all miserable. The new Amazon series, from Mad Men creator Matthew Weiner, strings together eight vignettes whose self-contained stories and length—each runs about an hour and a half—makes each episodes feel like a short film. The series’ first three entries follow Anastasia, an aging, bigoted aristocrat, and her caretaker, Hajar, who becomes entangled in a dispute over the inheritance of a luxurious Paris apartment; Michael and Shelly Romanoff, an American couple whose relationship spectacularly implodes in the course of one week; and Olivia Rogers, a self-centered movie star who travels to Austria to play csarina Alexandra Feodorovna in a miniseries about the Romanovs, the opus of an unhinged actress-turned-director named Jacqueline.

Matthew Weiner is a literary television writer. He reread the preface to John Cheever’s Collected Stories before beginning every season of Mad Men, and in a 2014 interview with the Paris Review, Weiner said that he dictates his scripts, like Henry James and Joseph Conrad dictated their novels. One future episode of The Romanoffs is inspired by Mrs. Dalloway. As an anthology, the episodes of The Romanoffs are linked by their characters’ ancestry, but also by Weiner’s sensibility: each is an experiment in storytelling form, a kind of deep genre study, and rumbling underneath is the intimation that various characters’ claims to the Romanov bloodline are unreliable. While Michael pursues an affair disguised as jury duty, Shelly travels alone on a Romanov Family Society cruise (a breakout session on reparations from the Russian government is billed as “just for direct descendants”) and is faintly horrified to find her husband’s distant relatives so obsessed with self-mythologizing that they literally cosplay as royals. Jacqueline claims to be a Romanov, but she also speaks to ghosts. (The ghosts are also Romanovs.) In “The Violet Hour,” the first episode, Hajar asks Anastasia’s nephew Greg about his background, and he responds, “My father was [Anastasia’s] brother, so I’m at least half…whatever she says she is.”

“The Violet Hour” is the least successful of the first three episodes, but perhaps the most useful to talk about Weiner’s project. A modern-day fairy tale that toggles between Regency dining rooms and middle-class kitchens, it also reminds me of Paris Je T’Aime, the 2006 anthology film notable for its pathos-ridden depictions of outsiders—blind people, gay artists, Muslim teens, Spanish-speaking immigrant workers, French-speaking immigrant workers, slightly overweight American tourists—people whom some of movie’s directors seemed to locate just on the cusp of mainstream sympathy, primed to have their worth proven through suffering. Watching it today, the film feels like it documents a certain mid-aughts, post-racial limit of imagination more than the lives of its subjects.

Assembling characters who can best tell the story you want is essential work as a writer, but to think these decisions can be made while dealing selectively with their social context is fatally naive. In the second episode of the series, Weiner casts Shelly, the type of woman who changes into a “You Had Me at Merlot” T-shirt after sundown, as the underdog hero in a story about middle-aged-white-male entitlement. This is workable because white women like Shelly are not currently bearing the brunt of systemic violence; although they’re not on exactly equal footing, they have a fighting chance against disappointed, aging white men—enough that it’s thrilling to see the character win.

It is not workable to cast Hajar, a second-generation Muslim immigrant, as a fairytale princess, only to have her moral strength proven by withstanding racist abuse from the woman who she cares for, write her becoming pregnant by her employer, and require her reconciliation with both of them to produce a happy ending. (Hajar’s own family is sketched out as an afterthought.) I can understand how casting a Muslim caretaker as the heroine in a romantic Western fable may have seemed interesting, but it doesn’t work when the details are hardly folkloric: the trials she faces involve not sorting lentils with the help of magic doves, but aristocrats calling her a terrorist; the hero pursues her not for her beauty, but for a piece of property; and the reward is assimilation. The tale is ironic, but irony contains as many precepts as earnestness. For its calculus to work, Hajar’s abuse has to be allegorical, and there is nothing allegorical about being called an “[enemy] of civilization.”

A filmmaker can depict racism without making a racist film. But to do that, they have to upend storytelling conventions, refusing to write characters of color who pat the backs of penitent whites and tell them it’s all right, they’re good people, even when film history’s center of gravity pulls in that direction. When Greg apologizes for his aunt, Hajar responds: “Like most people that age, she’s angry because she’s ignored. You just have to pay attention to them.” In the final scene, Hajar and Greg watch the dusk fall, Hajar pregnant in a virginal blue nightgown, reclining in an antique Thonet rocking chair, hijab removed, her hair loose. Greg stands guard behind her in a velvet robe emblazoned with the Romanov crest. The camera pans right and we see that Anastasia is observing them, holding a lit candle like a night watchman for the bloodline. She slips away and dies that night, presumably at peace—she has gotten everything she wanted.

Asked about the ideology of the first three episodes, Weiner told The New York Times: “I’m not trying to write about race, I’m trying to write about some people that I know who are racist.” It is possible to end up at anti-racism this way, but it takes precision and care. Otherwise, the final picture is exactly what it seems on the surface.