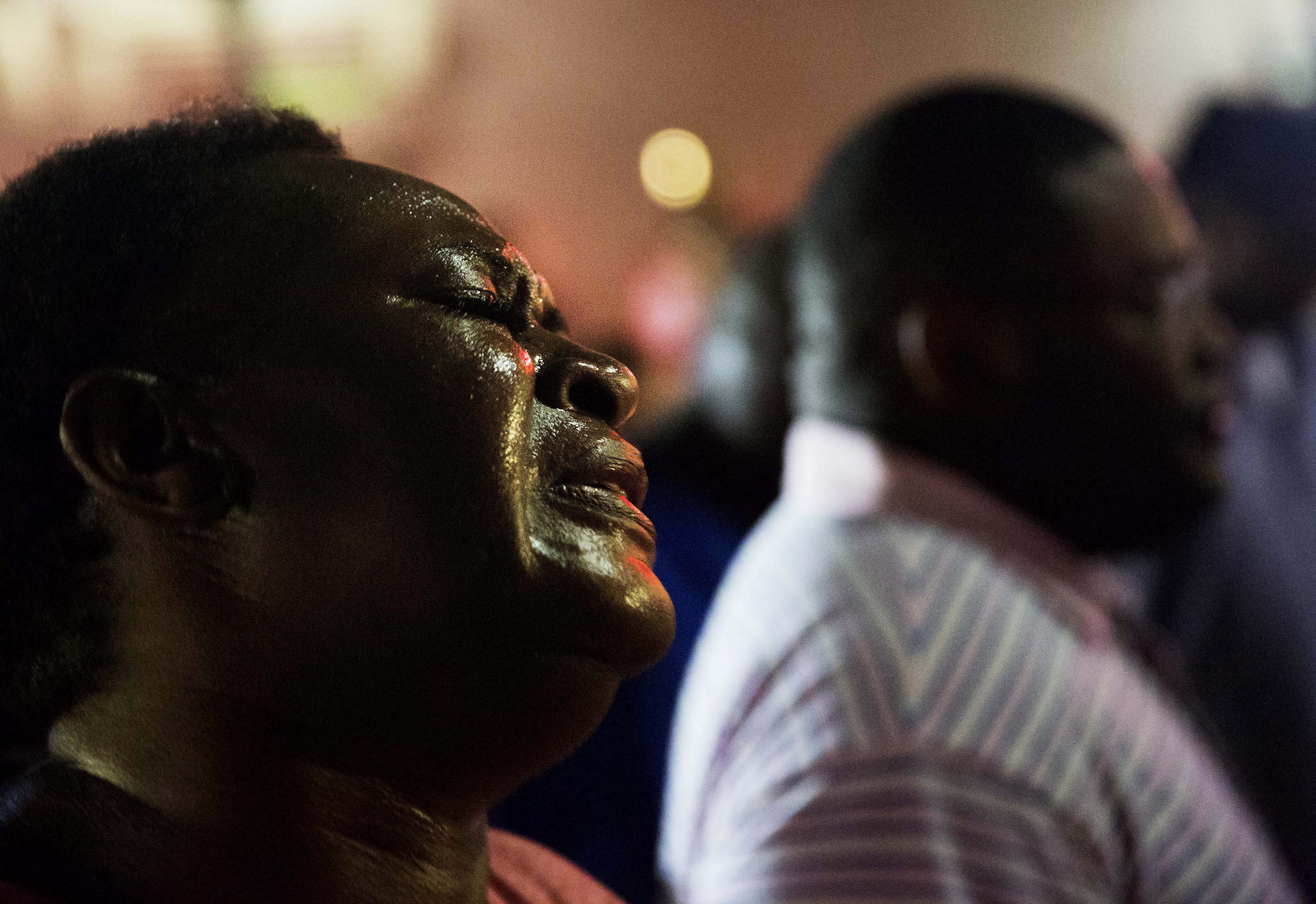 According to Matt Ford at The Atlantic, the Charleston, South Carolina, church where a white gunman murdered nine people was

The oldest black church south of Baltimore, and one of the most storied black congregations in the United States, Emanuel African Methodist Episcopal Church’s history is deeply intertwined with the history of African American life in Charleston. Among the congregation’s founders was Denmark Vesey, a former slave who was executed in 1822 for attempting to organize a massive slave revolt in antebellum South Carolina. White South Carolinians burned the church to the ground in response to the thwarted uprising; along with other black churches, it was shuttered by the city in 1834. The church reorganized in 1865, and soon acquired a new building designed by Robert Vesey, Denmark’s son; the current building was constructed in 1891. It has continued to play a leading role in the struggle for civil rights.

Denmark Vesey is one of the most prominent names in America’s long history of racial terror. And the killer didn’t choose just Vesey’s church but his anniversary. Based on fragmentary evidence, white Charlestonians in 1822 came to believe that Vesey’s revolt “would begin at the stroke of midnight as Sunday, June 16, turned to Monday, June 17.” And they identified Vesey’s church as the center of the conspiracy.

White militia began to arrest both freemen and slaves, 10 that weekend, and many more in the days that followed. Vesey, a freeman, was captured on June 22. It’s not just the executors of the “war on terror” who have used euphemisms to describe torture. A Charleston official referred to the interrogations the captured men were subject to like this: “No means which experience or ingenuity could devise were left unessayed to eviscerate the plot.”

Then, after a quick trial and guilty verdict, Vesey and five others were hung on July 2. More arrests were made, and more executions followed, 35 in total, often in front of immense crowds.

Here’s the historian Ira Berlin, summing up what is known of Vesey’s life:

It is a story well worth the telling. One of millions of young Africans sold into the Atlantic slave marts in the 18th century, the young Telemaque—later transmuted into Denmark—was plucked from a cargo of some 400 slaves by Captain Vesey, who was taken by his ”beauty, alertness and intelligence.” Vesey assigned the lad to his cabin, taught him to read and write, and allowed him to learn a trade—and much else.… The Veseys, both the captain and his slave, eventually alighted in the city of Charleston, mainland North America’s largest slave port. There, Captain Vesey retired to a comfortable respectability, supported in part by the earnings of his slave, who was permitted to hire himself out on his own.… While Denmark Vesey crossed the line from slavery to freedom, he did not…affiliate with Charleston’s growing community of free people of color. These artisans and tradesmen, with light skins that betrayed their mixed racial origins, aspired to the privileges of the master class, whose deportment, speech and values—including slave ownership—they emulated. Rather than being satisfied with a pale imitation of freedom, Vesey became increasingly discontented. In the back alley groggeries and weekly Bible classes, he denounced slavery as criminal usurpation, citing the Scriptures, the Declaration of Independence and even Congressional debates. He sneered at those who accepted bondage and deferred to whites, declaring that they deserved to be slaves. The angry old man awed even those he did not intimidate. Vesey believed slavery would only end with fire, and understood that a successful insurrection rested upon uniting the fragmented black population. While he may have dismissed the assimilationist-minded free people of color, he believed the other elements of the black community could be brought together. To those taken with Christianity, he quoted the Bible. To those mindful of power, he spoke of armies of Haitian soldiers in waiting. To those fearful of the spirit world, he enlisted one Jack Pritchard—universally known as Gullah Jack—a wizened, bewhiskered conjurer whose knowledge of African religious practices made him a welcome figure on the plantations that surrounded Charleston. And while he drew followers from the slave quarter and the artisans’ shops, he also enlisted from the master’s household, recruiting even the personal servant of South Carolina’s governor. Vesey coaxed and cajoled, implored and exhorted, flattered and bullied until his scheme was in place.

Berlin writes that “while slaveholders sent Denmark Vesey to the gallows and committed him to an unmarked grave, they failed to consign him to historical oblivion.… Former slaves preserved his memory, even as former slaveholders denied it. Today it seems clear that Denmark Vesey will not remain buried much longer.”

Maybe others remembered him as well, though it might just be a coincidence that “the clean-shaven white man about 21 years old with sandy blond hair and wearing a gray sweatshirt, bluejeans and Timberland boots” chose the anniversary of Vesey’s preempted revolt to massacre nine members of the congregation Vesey founded.

Or maybe history, along with white supremacy, is just cunning that way.