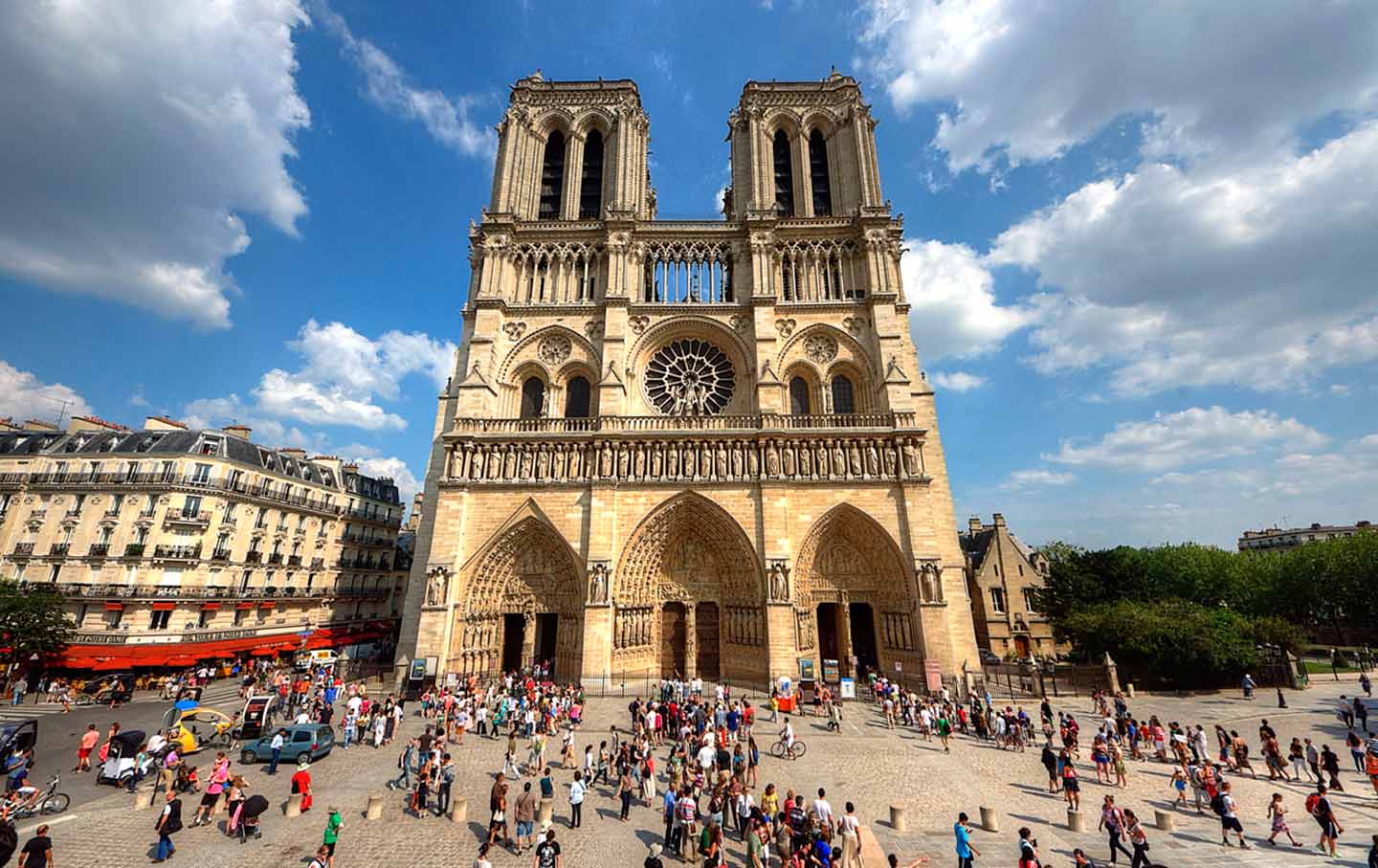 In 1893 a nervous, balding little man named Henry Adams, who taught boring history at Harvard College and who happened to be a direct descendant of two US presidents, John and John Quincy Adams, visited the international exposition in Paris, escorted by a scientist named Langley. In the course of his tour, Adams recalled in his memoir, The Education of Henry Adams, Langley “showed his scholar the great hall of dynamos.” To Langley, Adams continued, “the dynamo itself was but an ingenious channel for conveying somewhere the heat latent in a few tons of poor coal hidden in a dirty engine-house carefully kept out of sight; but to Adams the dynamo became a symbol of infinity. As he grew accustomed to the great gallery of machines, he began to feel the forty-foot dynamo as a moral force, much as the early Christians felt the Cross.”

Adams was recalling his earlier thoughts after a visit to Chartres Cathedral, where he had an epiphany that the Christian faith, which he symbolized as the Virgin, had served to mobilize the power of thousands of ordinary citizens to build it and other great medieval houses of worship. At the 1893 international exhibition, Adams had another aperçu in which he saw the force of the dynamo as fissiparous, anarchic, complexifying. To understand the modern world of 1893, Adams realized, he must understand the dynamo. Just as the power of faith, for which he denominated the Virgin, was supreme in the time when Chartres and the other great cathedrals of France were built as monuments to the Christian faith, so was the dynamo the symbol of the modern. (Flash forward to E = mc2 and the hydrogen bomb.)

Earlier this week one of those cathedrals, Notre Dame in Paris, was seriously damaged by a fire that inexorably raged as thousands of weeping Parisians watched. Scarcely had the flames consuming the roof’s ancient timbers been extinguished than French President Emmanuel Macron was promising his fellow citizens that Notre Dame would be rebuilt within five years. Ironically, the man who summoned French men and women to unite behind this great national effort is a divisive politician, a corporate-backed leader bent on dismantling the French welfare state. Macron’s project stirred up the Yellow Vest protests, shaking his hold on power. In Macron’s fate we see glimmers of our own divisive president, who leads by uniting his base in un-Christian hatred.

In the TV coverage of the crowds mourning Notre Dame’s destruction, prayers to the Virgin Mary to save the church that is her namesake could be witnessed. One could not help but think that Macron was attempting to rally a nation that is predominantly made up of lapsed Catholics. His hope for uniting his people as a force to rebuild Notre Dame lay less in invoking the Virgin than in appealing to civic pride and tourism. It rested most solidly on the nation’s wealthiest families, who stepped forward after the tragedy to donate hundreds of millions of euros to rebuilding. The mobilization of the wealthy will help underwrite the modern technology that will need to be summoned to rejuvenate an ancient stone and timber structure.

This techno-mobilization represents what Adams might call the dynamo: Science rather than the Virgin will erect a sleek, shiny, new Notre Dame. It took a great collective effort to build Chartres and Notre Dame, inspired by faith and ideals. Those qualities we lack in our own times of Trumpian and Macronian capitalist individualism.

If we were honest, we would advise the Macron government to include in its blueprint for a new Notre Dame restrooms and cafeterias and souvenir stands for the thousands of tourists who will come and marvel (and yes, some of them, to pray). The place where Joan of Arc was beatified will retain its historic resonance, but you could be forgiven for guessing that its civic-secular identity will be far greater than its religious one.