Shailene Woodley was arrested while broadcasting a protest against the Dakota Access Pipeline on October 11, 2016. (Morton County Sheriff's Department)

On October 11, Deia Schlosberg, the producer of my new film, How to Let Go of the World and Love All the Things Climate Can’t Change, was arrested in Walhalla, North Dakota, while reporting on a climate-change protest. She was held for 48 hours before being allowed to speak to a lawyer. The authorities confiscated her footage. She is now charged with three counts of felony conspiracy and faces a possible sentence of up to 45 years.

For being a journalist.

Deia isn’t alone. The arrest of journalists, filmmakers, and others witnessing and reporting on citizen protests against fossil-fuel infrastructure amid climate change is part of a worrisome and growing pattern. Last month in North Dakota, a warrant was issued to arrest Amy Goodman, award-winning host of Democracy Now!, after she covered Native American–led protests against the Dakota Access Pipeline. Her footage of security guards attacking peaceful protesters with bloody-snouted dogs was viewed over 14 million times. She elected to go back to North Dakota this week to face the charges. Actor Shailene Woodley was arrested and jailed this week while leaving a protest at a construction site for the Dakota Access Pipeline. She was singled out, the police told her, because she was well-known and had 40,000 people watching live on her Facebook page. Other filmmakers shooting protest actions along the pipeline have also been arrested.

All this should send chills down the spine of every documentary filmmaker and journalist.

The First Amendment and the Constitution are at stake in this case. If we lose it, we lose America too.

Although the national media paid little attention to the climate-change protest that Deia and others attempted to report on, it was remarkable. A small group of activists in four states shut down all the pipelines carrying tar-sands oil from Alberta, Canada, into the United States. The protest responded to a call from the Standing Rock Sioux for international prayer and action on the growing climate emergency. Activists shut off emergency valves along the pipeline, their message being, “We are in a climate emergency now.”

If it were up to the mainstream media we wouldn’t know about this. I know, because I broke the story of fracking. It had been a crisis for years, but the media were ignoring it, which is why I decided to make my film Gasland.

Amy Goodman Is Facing Jail Time for Reporting on the Dakota Access Pipeline. That Should Scare Us All.

As a relative newcomer to documentary filmmaking I am in awe of the bravery of documentarians. Doc filmmakers often break important stories and risk their lives and safety doing it. Laura Poitras’s reporting on Edward Snowden in Citizen Four, ‎Joshua Oppenheimer’s The Act of Killing, Sebastian Junger and Tim Hetherington’s Restrepo, Alexandria Bombach’s Frame by Frame are just a few examples. 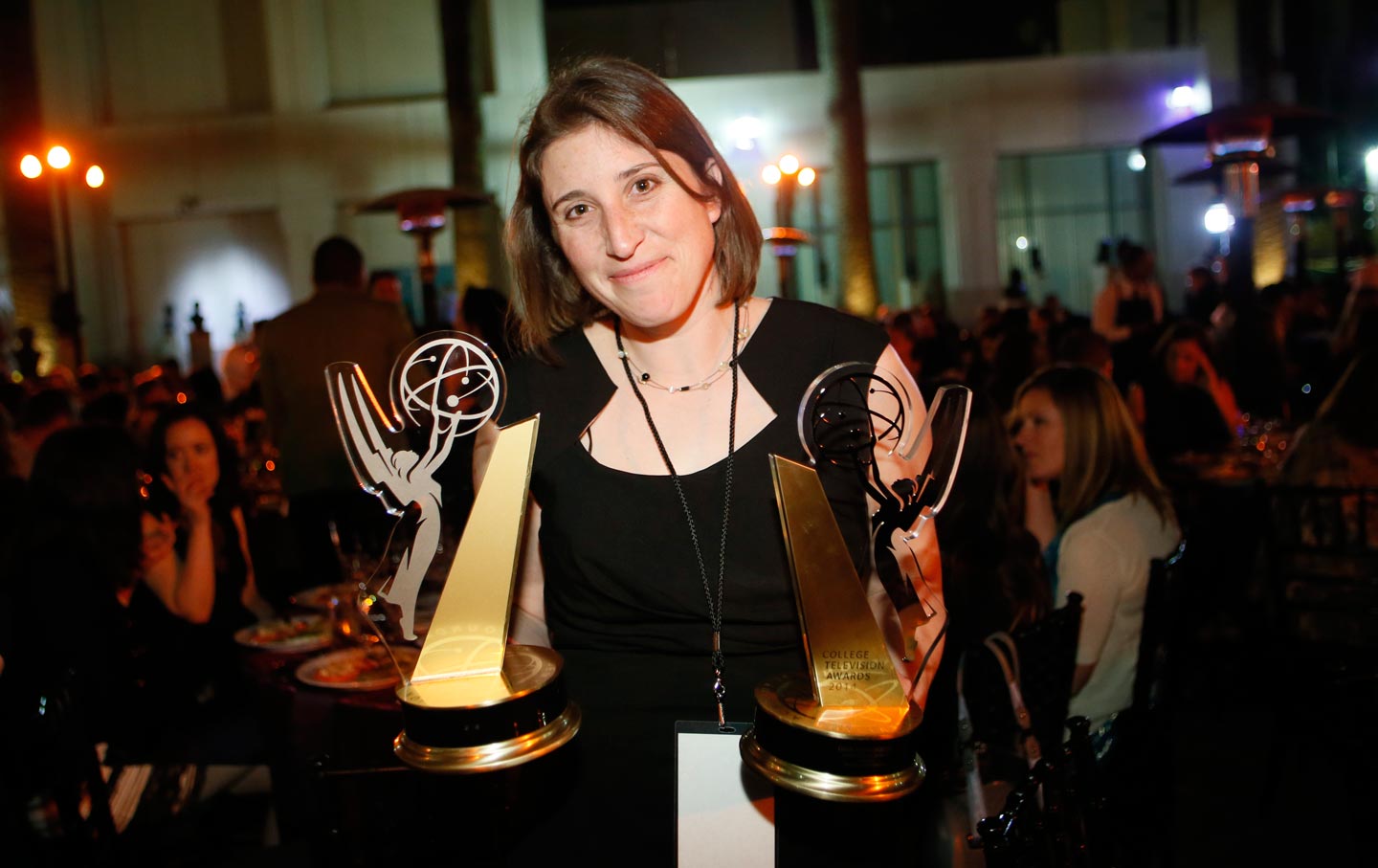 Deia’s brave reporting on oil contamination in the Amazon and on fracking and tar sands falls in that category. But how she and others reporting on these issues have been treated by the media and law enforcement shows that the oil-and-gas industry is contaminating them, too. Our government has also been fracked, and is serving fossil-fuel interests. Asked about the pipeline protests this week, White House Press Secretary Josh Earnest sounded an ominous warning: “I can tell you that both the Department of Homeland Security and the Department of Transportation are investigating these reports and trying to get to the bottom of what exactly happened and what potential steps could be taken to ensure the safety and security of our energy infrastructure.”

I’ve got some news for Barack Obama and his administration. It’s our current energy infrastructure and the fossil-fuel interests that profit from it that are threatening the safety and security of our country. They are the ones continuing to develop new sources of tar sands oil, one the most greenhouse gas–intensive fossil fuels, in the middle of a climate crisis. The implications are dizzying. If we continue to allow the fossil-fuel industry to ship millions of gallon of tar sands oil across our border, we will rocket past any safe level of global warming. We will plunge our major cities underwater. The American Petroleum Institute is calling activists trying to prevent this “extremists.” But the extremists, as Bill McKibben likes to say, work at the oil companies.

Documentary journalism can show the activists ‎as what they really are: sympathetic human beings who are doing something necessary and vital, real people who are sacrificing real freedom to stop the oil-industry extremists before it is too late. In fact, doc filmmaking may be the only thing that can do that. That is why I’ve written a letter calling on members of the media, Governor of North Dakota Jack Dalrymple, United States Attorney for the District of North Dakota Chris Myers, and President Obama to stand up for press freedom and independent journalism on climate change, and call for all charges to be dropped against Deia. This is not only about reporting on the climate-change movement. Journalists have also been arrested reporting on Black Lives Matter, the movement for Native rights, and many other important movements the corporate media fails to cover. The First Amendment and the Constitution are at stake in this case. If we lose it, we lose America too.

You can sign on to our letter of support for Deia at our Web site: www.howtoletgomovie.com

Listen to Deia Schlosberg discuss her arrest on the Start Making Sense podcast.