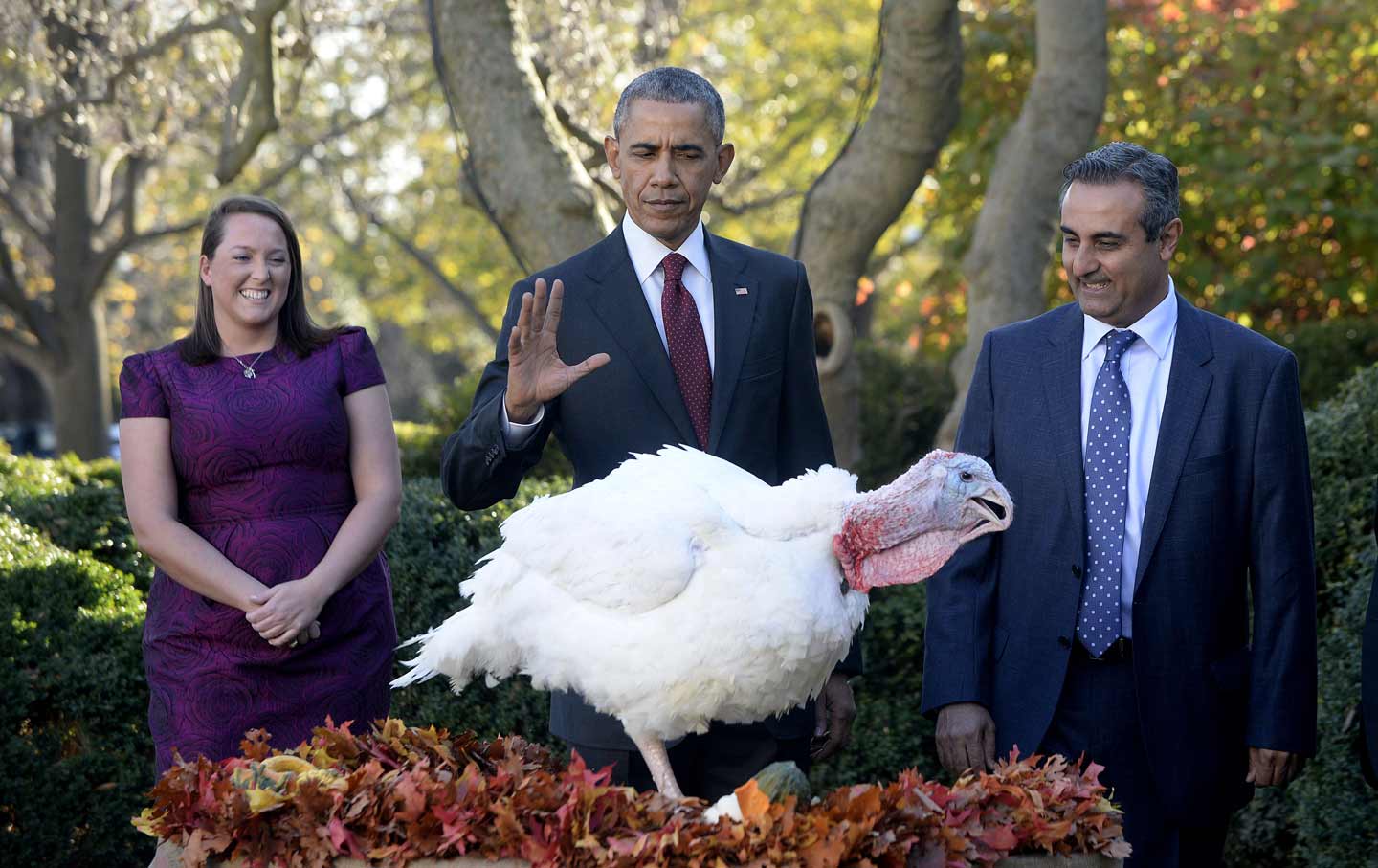 Each president, no matter how able or inept, no matter how noble or nefarious, is given a bully pulpit from which to unite or divide the American people. This is something that Donald Trump must learn, as he prepares to lead a nation where only 46 percent of voters favored his election.

Last week, Trump chose to use his pulpit—a Twitter account —to rip the cast of Hamilton for daring to address a statement to Mike Pence following a performance of the musical that was attended by the vice president. After graciously expressing appreciation for Pence’s attendance, Brandon Victor Dixon (the actor who plays Aaron Burr, the nation’s third vice president), announced: “We, sir, are the diverse America who are alarmed and anxious that your new administration will not protect us—our planet, our children, our parents—or defend us and uphold our inalienable rights, sir. But we truly hope this show has inspired you to uphold our American values and to work on behalf of all of us. All of us.”

Trump took offense, griping that “our wonderful future V.P. Mike Pence was harassed last night at the theater by the cast of Hamilton,” and demanding that the cast members “Apologize!”

No apology is owed. In their association of American diversity and American values, the Hamilton cast echoed the enlightened language of the presidents who have at their best spoken of, by, and for a genuinely United States.

The Hamilton cast was right to link American values with American diversity.

In a moment of ugly politics and harsh pronouncements—when refugees and immigrants are demonized and the harsh disregard for religious and cultural diversity that warps our politics–there are those who choose to forget that America is a nation of immigrants whose survival was made possible by those who welcomed strangers. Many of those immigrants came seeking religious freedom. We remember this at Thanksgiving because we have been taught that the Pilgrims were migrants seeking refuge from intolerance and threats, from hardship and violence. We are taught, as well, that the survival of the newcomers was made possible by the kindness of indigenous people. The full story is, of course, more complex and contradictory, as is every story from our history.

But the Thanksgiving story as it has been taught has shaped an American narrative that, President Obama suggests, might inspire us toward “inherent selflessness and common goodness.”

Presidents, at their best, have sought to draw lessons from this narrative—as the cast of Hamilton and others have from the equally complicated story of the founding of the republic.

“In the same spirit of togetherness and thanksgiving that inspired the Pilgrims and the Wampanoag, we pay tribute to people of every background and belief who contribute in their own unique ways to our country’s story,” said the president in his 2015 Thanksgiving Proclamation. “Each of us brings our own traditions, cultures and recipes to this quintessential American holiday—whether around dinner tables, in soup kitchens or at home cheering on our favorite sports teams—but we are all united in appreciation of the bounty of our nation. Let us express our gratitude by welcoming others to our celebrations and recognize those who volunteer today to ensure a dinner is possible for those who might have gone without. Together, we can secure our founding ideals as the birthright of all future generations of Americans.”

When he has recalled this history, Obama has at times been attacked by conservatives for infusing his proclamations with “multicultural pieties.”

What the critics do not get is that Thanksgiving is a holiday for “multicultural pieties”—for embracing diversity, for sharing our prosperity, for recalling the history of welcoming the stranger. And for carrying those legacies forward in what George W. Bush described as “a free, faithful, and fair-minded land.”

Forty-one years ago, in another trying moment for the nation, President Gerald Ford proclaimed, “Let us join in giving thanks for our cultural pluralism. Let us celebrate our diversity and the great strengths that have come from sharing our traditions, our ideas, our resources, our hopes and our dreams. Let us be grateful that for 200 years our people have been dedicated to fulfilling the democratic ideal—dedicated to securing ‘liberty and justice for all.’” Ford’s sometimes rival Ronald Reagan would use one of his Thanksgiving Proclamations to explain that “people from every race, culture, and creed on the face of the Earth now inhabit this land. Their presence illuminates the basic yearning for freedom, peace, and prosperity that has always been the spirit of the New World.”

More than 80 years ago, during the Great Depression, President Franklin Roosevelt crafted the finest of the many presidential proclamations of Thanksgiving. FDR highlighted connections between Americans of differing backgrounds, as well as well as a global responsibility to “by example and practice help to bind the wounds of others.” In 1935, the 32nd president declared:

"Rather, must America by example and in practice help to bind the wounds of others..." -- Franklin Roosevelt

In traversing a period of national stress our country has been knit together in a closer fellowship of mutual interest and common purpose. We can well be grateful that more and more of our people understand and seek the greater good of the greater number. We can be grateful that selfish purpose of personal gain, at our neighbor’s loss, less strongly asserts itself. We can be grateful that peace at home is strengthened by a growing willingness to common counsel. We can be grateful that our peace with other Nations continues through recognition of our own peaceful purpose. But in our appreciation of the blessings that Divine Providence has bestowed upon us in America, we shall not rejoice as the Pharisee rejoiced. War and strife still live in the world. Rather, must America by example and in practice help to bind the wounds of others, strive against disorder and aggression, encourage the lessening of distrust among peoples and advance peaceful trade and friendship.

In his last Thanksgiving Proclamation, issued five months before his death, Roosevelt wrote, “Let every man of every creed go to his own version of the Scriptures for a renewed and strengthening contact with those eternal truths and majestic principles which have inspired such measure of true greatness as this nation has achieved.”

FDR did not always rise to meet the challenges of his times, especially when it came to defending civil liberties and advancing civil rights. We take important lessons from his failures. But we also value the progress that was made in his day, with prodding from the likes of A. Philip Randolph and Wendell Willkie. And we value the progress that has made since his day, in the direction of a more perfect union.

No president every was, or ever will be, perfect. Every president has erred. But we have a right and a responsibility to hope that presidents will use their bully pulpits to add what foolish conservatives dismiss as “multicultural pieties” to our language. And that we the people will recognize and embrace those pieties as American values.

We are descended from migrants and refugees and immigrants—and from those who welcomed our ancestors to this land. We are still arriving. We are still, at our best, welcoming. This is who we are as Americans. The measures of our greatness are found in a history of respecting diversity as a source of strength, and in the honest expectation that our leaders will “work on behalf of all of us. All of us.”