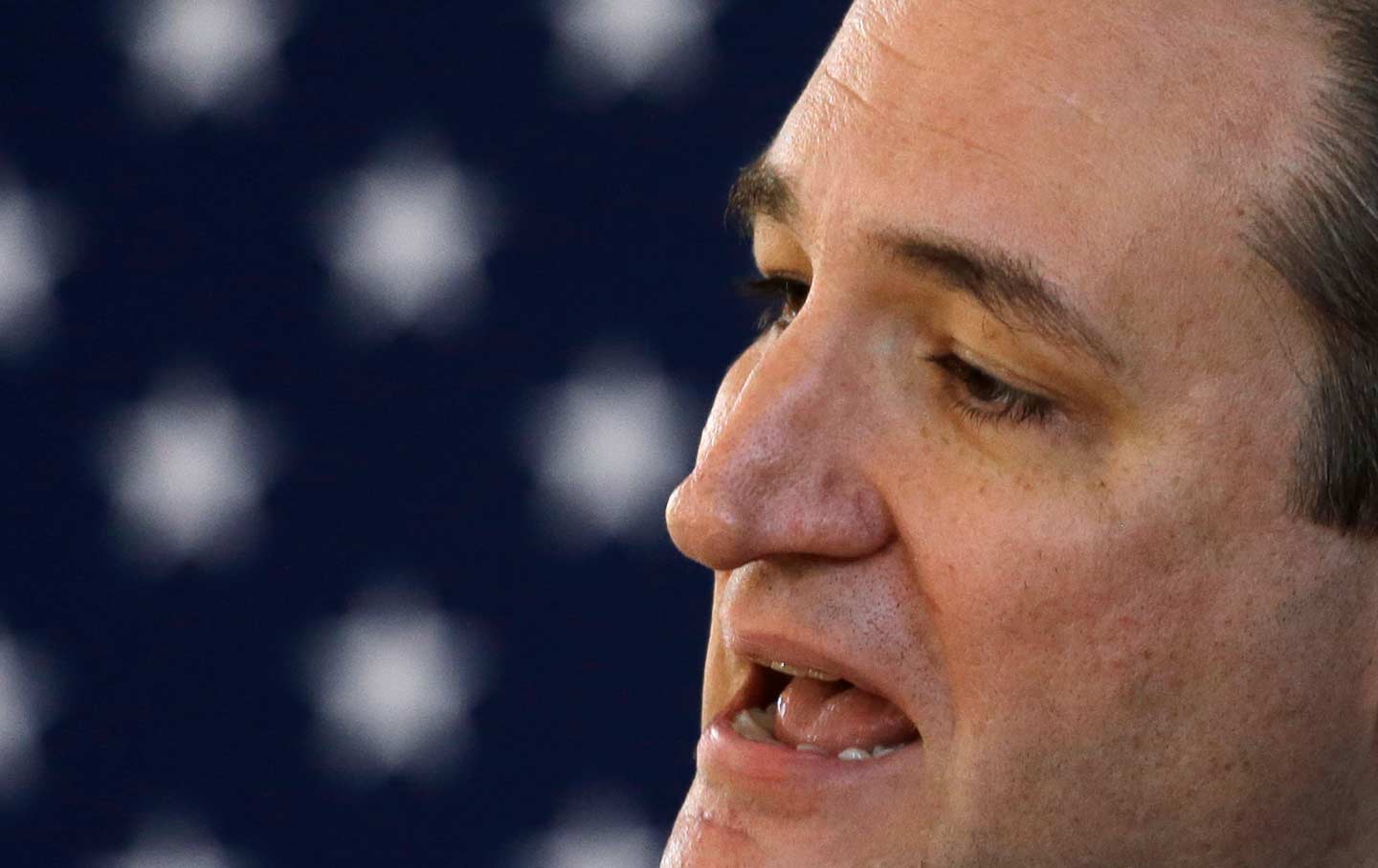 Manchester, New Hampshire—Donald Trump has earned his headlines for dominating the Republican field in New Hampshire. John Kasich will get his fair share of attention for being the surprising where-did-he-come-from candidate. And the establishment’s pure panic about Marco Rubio’s poor performance will drive hundreds of stories.

But Ted Cruz’s night should not be overlooked. New Hampshire was the least important state for Cruz, given his win in Iowa and his solid polling in South Carolina and the Southern primary states that follow. Few expected a hard-charging conservative from Texas to do well in a state known for giving moderate Republicans like John McCain and Mitt Romney primary victories. But Cruz finished in a tie for third place for Jeb Bush, who spent vastly more time campaigning here, and discernibly ahead of establishment favorite Marco Rubio.

Cruz’s campaign has been premised on uniting evangelicals and Tea Party activists in support of his candidacy, and while Iowa proved he has succeeded on the first count, New Hampshire showed that his whole plan is working.

Tea Party in this context isn’t just a generalized term for “conservatives angry with the Republican establishment.” Cruz is targeting a specific network of grassroots activists that formed in the early years of the Obama presidency—think about the people who formed state chapters across the country under the auspices of Tea Party Nation, and who held 9/12 rallies for Glenn Beck when the Fox News host was at the zenith of his popularity.

Cruz’s final big campaign event before the votes in New Hampshire was sponsored by Tea Party Nation and the 603 Alliance, a Tea Party group in New Hampshire that backed Cruz. At a packed American Legion Hall in Manchester on Monday, Cruz courted the votes of activists who think that the current Republican party—which has successfully blocked almost the entirety of President Obama’s legislative agenda since 2011—is too accommodating.

“Look, if you think Washington is fundamentally broken, then the answer is not to elect a dealmaker who will cut even more deals with Democrats and make the problem worse,” Cruz said. Forty-seven percent of Republicans in New Hampshire later told exit pollsters they “feel betrayed” by their party, so Cruz was right on message.

At his victory rally Tuesday night, Cruz thanked the activists who helped deliver him victory. “The real winner, the real winner, is the conservative grassroots, who propelled us to an outright victory in Iowa and to a far stronger result and outcome in New Hampshire than anyone predicted,” Cruz said. “Your victory tonight has left the Washington Cartel utterly terrified.”

To be sure, Cruz caught some breaks in the week leading up to Tuesday’s vote. The first was Senator Rand Paul’s suspending his campaign, allowing Cruz to aggressively court libertarian-minded voters who suddenly had no home. He nabbed the endorsement of Paul’s state campaign chair, and leaned hard into the idea that he won Iowa despite running hard against a big-government ethanol mandate. Radio ads claiming that Cruz was the “only candidate” who favored returning to the gold standard blanketed the airwaves, and Cruz made (sometimes fumbling) attempts to talk about hard money and eminent domain.

The other fortunate development was Chris Christie’s absolutely knifing Marco Rubio in Saturday’s debate, which exit polls indicate badly damaged the Florida senator and allowed Cruz to beat him. (The best Rubio could do in his election-night speech was to promise that would “never happen again.”)

More than anything else, that was the biggest break of the campaign so far for Cruz, and he will reap the benefits on March 1. Almost one-quarter of the available delegates are up for grabs that day, mostly in primaries in the Deep South.

That already favors Cruz, not least because his home state of Texas offers the most delegates—but Rubio’s slide will help him even more. In all of those Southern states but one, candidates must reach either 15 or 20 percent of the vote to receive any delegates at all, as we noted last week. Rubio was already only pulling about 10 percent several of those states. With his standing weakened and the so-called “establishment lane” thrown into chaos, there’s a good chance, based on current polling, that no candidate besides Trump or Cruz will get above 20 percent. That means the duo can run the table on March 1, denying the other candidates even a single delegate in many of the states voting that day.

Harder contests await on Super Tuesday, and as primaries proceed to more moderate and Midwestern states. But Cruz looks to be in outstanding position by then, and is well-positioned to be the most conservative major-party nominee since Barry Goldwater in 1964.