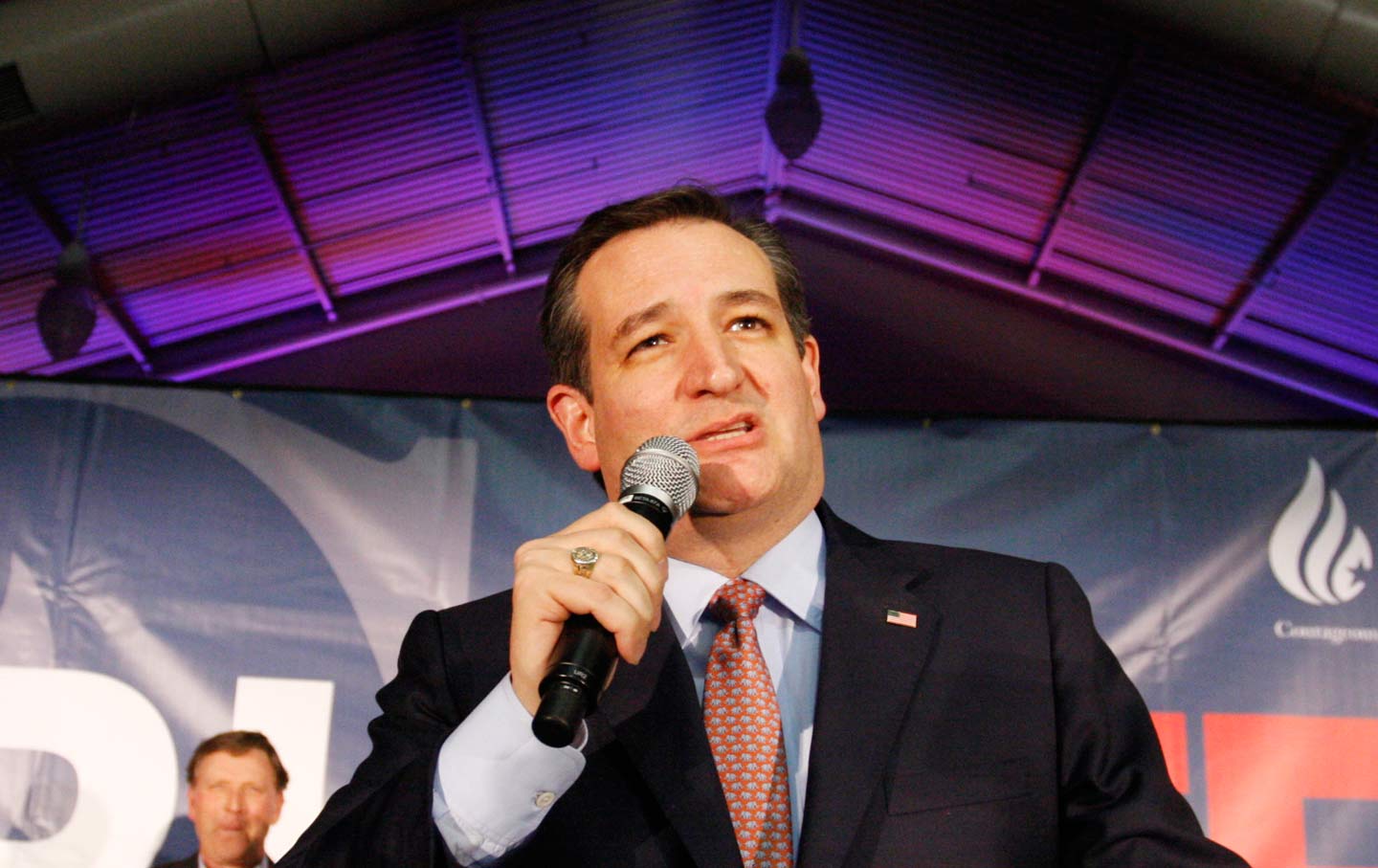 The difference between supporters of Donald Trump and Ted Cruz is this:

Trump backers are, inexplicably, proud of their candidate.

Cruz backers are, understandably, embarrassed by their candidate.

The Trump backers are hopeless cases. They are sad, troubled people who have issues that they are dealing with politically.

The Cruz backers are a more serious concern. They were once functional enough to reject both Trump and Cruz. They did so through most of the long, hard 2016 Republican presidential race. They knew that both men were absolutely unacceptable as contenders for their party’s nomination and, of course, for the presidency.

“It’s like being shot or poisoned,” South Carolina Senator Lindsey Graham said of the Trump-Cruz choice. “What does it really matter?”

“It’s like being shot or poisoned. What does it really matter?” — Lindsey Graham on choosing between Trump and Cruz

So why back Cruz?

True. Cruz is not Trump. The Texan is actually more rigid, more closely tied to special interests, and more frequently accused of engaging in sleazy campaign tactics than the billionaire.

Mention TV host Trevor Noah’s reference to Cruz as a “sanctimonious jackass” and don’t hold your breath waiting for pushback from Cruz backers in primary states such as Wisconsin.

So, seriously, why back Cruz?

“He was my 15th choice,” Graham told Daily Show host Trevor Noah the other night. “What can I say?”

Graham admits that Ohio Governor John Kasich “would be the best nominee, but he doesn’t have a chance.” So he tries to talk up Cruz as the one candidate who might be able to slow Trump’s march to the nomination.

But these grudging Cruz backers do not even try to suggest that their candidate would be an appealing nominee. In fact, Graham laughs along with the joke when television interviewers play back his February observation that “If you kill Ted Cruz on the floor of the Senate, and the trial was in the Senate, nobody could convict you.”

Neither can the other newly minted Cruz backers.

They are simply saying #NeverTrump. That’s a good impulse.

But they should also be saying #NeverCruz. Unfortunately, they lack that good impulse.

It is not because they think Cruz will run better in November than Trump. Savvy Republicans acknowledge that the shutdown senator could well be a weaker nominee than the billionaire blowhard. Democrats relish the prospect of running against Cruz. Just days before she endorsed Cruz, Carly Fiorina (like Graham, a failed 2016 contender) said, “Ted Cruz cannot possibly beat Hillary Clinton.”

The initial argument of these suddenly-for-Cruz campaigners was that Cruz would be less likely to put a long-term stain on the party than Trump. But that hope was dashed when, following the March 22 terrorist attacks in Brussels, Cruz proposed a scheme to “patrol and secure Muslim neighborhoods” that took the idea of profiling American Muslims to cruder depths than even Trump had explored.

On a regular basis, Cruz confirms Arizona Senator John McCain’s description of the Texan as one of “the wacko birds on the right”—which must be embarrassing for recent Cruz endorsers like the Arizonan’s daughter Meghan McCain.

Kasich had the right response for Republicans who do not want the GOP to be identified as the party of reprehensible and unconstitutional bigotry. “We are not at war with Islam—we’re at war with radical Islam. In our country we don’t want to create divisions where we say, ‘Okay well your religion, you’re a Muslim, so therefore we’re going to keep an eye on you,’” said the Ohioan. “The last thing we need is more polarization.”

And what of the Republicans who rejected Kasich in favor of Cruz?

Graham was asked on MSNBC’s Morning Joe about his endorsed candidate’s awful proposal.

The best Graham could muster was an admission that “I think he’s trying to chase Trump a little bit.”

Sorry, senator, but Cruz isn’t chasing Trump. Cruz is running the same race as Trump. The GOP’s worst-case-scenario contenders are not just trading insults about their wives and about who is or is not “a small and petty man”; they are competing in a contest to identify which contender is crueler and more unusual.

And they are both winning.

To suggest otherwise is absurd. And those who make that suggestion should be ashamed of themselves.

The #NeverTrump backers of Ted Cruz are proving that, as Lindsey Graham said the other day, “My party is completely screwed up.”