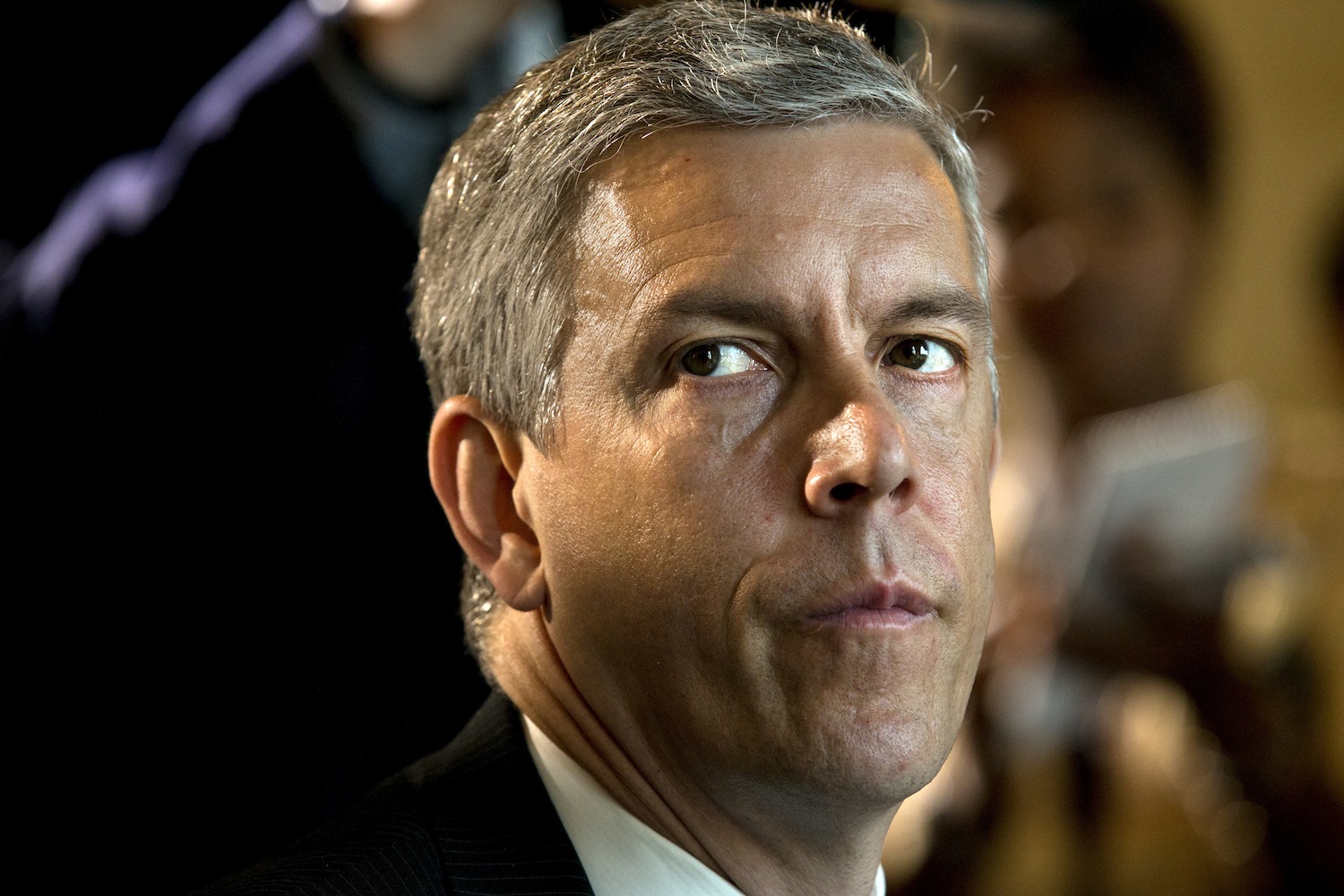 Given the choice between Republicans who are explicitly committed to doing away with collective bargaining rights and Democrats, public-sector labor unions tend to back Democrats at election time.

This is especially true with regard to education debates. There are certainly Democrats who have been strong advocates for public schools. But there are also Democratic mayors, governors, members of Congress and cabinet members such as Secretary of Education Arne Duncan who have embraced and advanced “reforms” that supporters of public schools identify as destructive.

Former US Assistant Secretary of Education Diane Ravitch, who has emerged as a leading champion of public education, refers to Duncan as “one of the worst Secretaries of Education”— arguing that “Duncan’s policies demean the teaching profession by treating student test scores as a proxy for teacher quality.

Teachers are pushing back against Duncan and those policies.

When 9,000 National Education Association members from across the country gathered in Denver last week, they endorsed a resolution that declares:

The NEA Representative Assembly joins other educators and parents in calling for the resignation of U.S. Education Secretary Arne Duncan for the Department’s failed education agenda focused on more high-stakes testing, grading and pitting public school students against each other based on test scores, and for continuing to promote policies and decisions that undermine public schools and colleges, the teaching education professionals, and education unions.

Duncan is not about to resign. Instead, he dismisses the resolution with a typically glib DC-insider dig about how he is “trying to stay out of local union politics.”

But the NEA statement is not a “local” resolution.

This is a call for the resignation of a Democratic secretary of education from the nation’s largest professional employee organization—a union with 3 million members working from the pre-school to university graduate program levels of public education in 14,000 communities across the United States.

Past resolutions urging Duncan’s resignation failed to gain traction with NEA representative assemblies. But this year, the delegates determined that it was time for the education secretary to go.

Even if Duncan does not seem to take the call seriously, the Obama administration and Democrats in Congress should.

For a number of years now, teachers, parents and students have expressed mounting frustration—and appropriate anger—with the focus of Duncan and other education policymakers on standardized testing that they say makes evaluation a bigger priority than actual education.

“For us, one thing is clear: before anything is going to get better: It’s the Testing, Stupid,” the incoming president of the NEA, Utah teacher Lily Eskelsen García, told delegates to the representative assembly. “Better yet, it’s the stupid testing.”

In her speech, Eskelsen García decried what she referred to as a “phony” accountability system that she said hurts students and demeans the teaching profession.

Members of the California Teachers Association, who submitted the resolution urging Duncan to quit, have been especially blunt in their calls for Duncan to exit the cabinet.

Upset both with the education secretary’s emphasis on standardized testing and with Duncan’s response to a recent court ruling that eliminated workplaces protections for teachers, the CTA says:

Authentic education change only comes when all stakeholders— teachers, parents, administrators and the community—work together to best meet the needs of the students in their school or college. Teachers are not the problem. Teachers are part of the solution. And it’s time we have a Secretary of Education who understands and believes that.