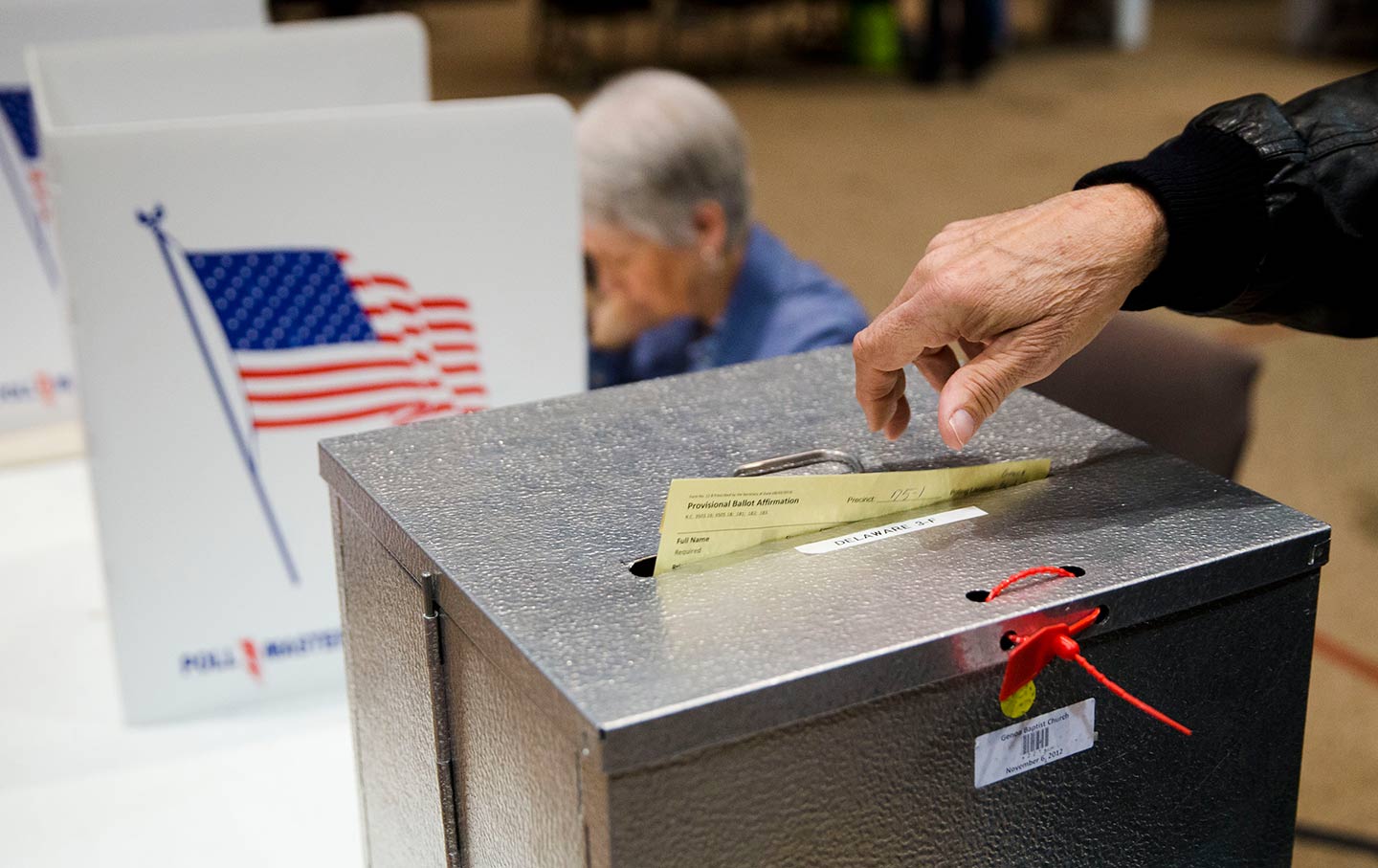 The antidemocratic majority on the US Supreme Court is openly at war with voting rights, and the justices have drawn new battle lines in the states as the 2018 midterms approach and as election officials prepare for the presidential contest in 2020. With its 5–4 ruling in the case of Husted v. A. Philip Randolph Institute, the Court has given these officials the go-ahead to purge qualified voters from their registration lists.1

Voter purging is an old tactic that politicians use to game the system. It works like this: If registered voters don’t cast a ballot in several elections and then fail to jump through bureaucratic hoops to maintain their active status, their names can be purged from voter lists. The next time these voters show up at the polls on Election Day, their names are nowhere to be found. In states that don’t permit same-day registration, these citizens have effectively been disenfranchised.2

The A. Philip Randolph Institute and other civil-rights groups objected to this tactic and sued Ohio’s Republican secretary of state, Jon Husted, for employing it, arguing that the 1993 National Voter Registration Act was designed to prevent just such purges. Their challenge was rejected by the Supreme Court’s five GOP-appointed justices, including Donald Trump’s addition, Neil Gorsuch. This decision, by a Court that has already gutted key sections of the Voting Rights Act, appalled Justice Sonia Sotomayor, who argued in a scathing dissent that the majority’s embrace of voter purges “entirely ignores the history of voter suppression against which the NVRA was enacted and upholds a program that appears to further the very disenfranchisement of minority and low-income voters that Congress set out to eradicate.”3

The threat of a new wave of voter suppression is real. Since 2011, according to Ohio Representative Joyce Beatty, Husted’s office has purged the registrations of more than 840,000 people identified as infrequent voters who hadn’t returned a postcard notice from the state. The Randolph Institute’s lawsuit put such purges on hold, but now that hold is off. Husted says he won’t do new purges for this year’s election, but the GOP nominee to replace him says he plans to utilize the process in a state that is likely to be a key battleground in 2020.4

Aggressive purges remain an option for 2018 and 2020 in a number of states that now have purge laws—and in the Republican-controlled states that could adopt them. That’s why Kristen Clarke, president of the Lawyers’ Committee for Civil Rights Under Law, describes the Husted decision as “a monumental setback for those who care about access to democracy in our country…. The Court’s decision could not come at a more important time,” Clarke adds. It “sends the wrong message to state officials, some of whom will likely interpret this decision as a green light to purge the rolls of legitimately registered voters.”5

Once purged, these voters face various obstacles depending on their state. “At best, purged voters are forced to ‘needlessly reregister’ if they decide to vote in a subsequent election,” Sotomayor explained in her dissent; “at worst, they are prevented from voting at all because they never receive information about when and where elections are taking place.” States, though, need not choose to be so unwise, Sotomayor added, noting that in the past, “the majority of States have found ways to maintain accurate voter rolls without initiating removal processes based solely on an individual’s failure to vote.”6 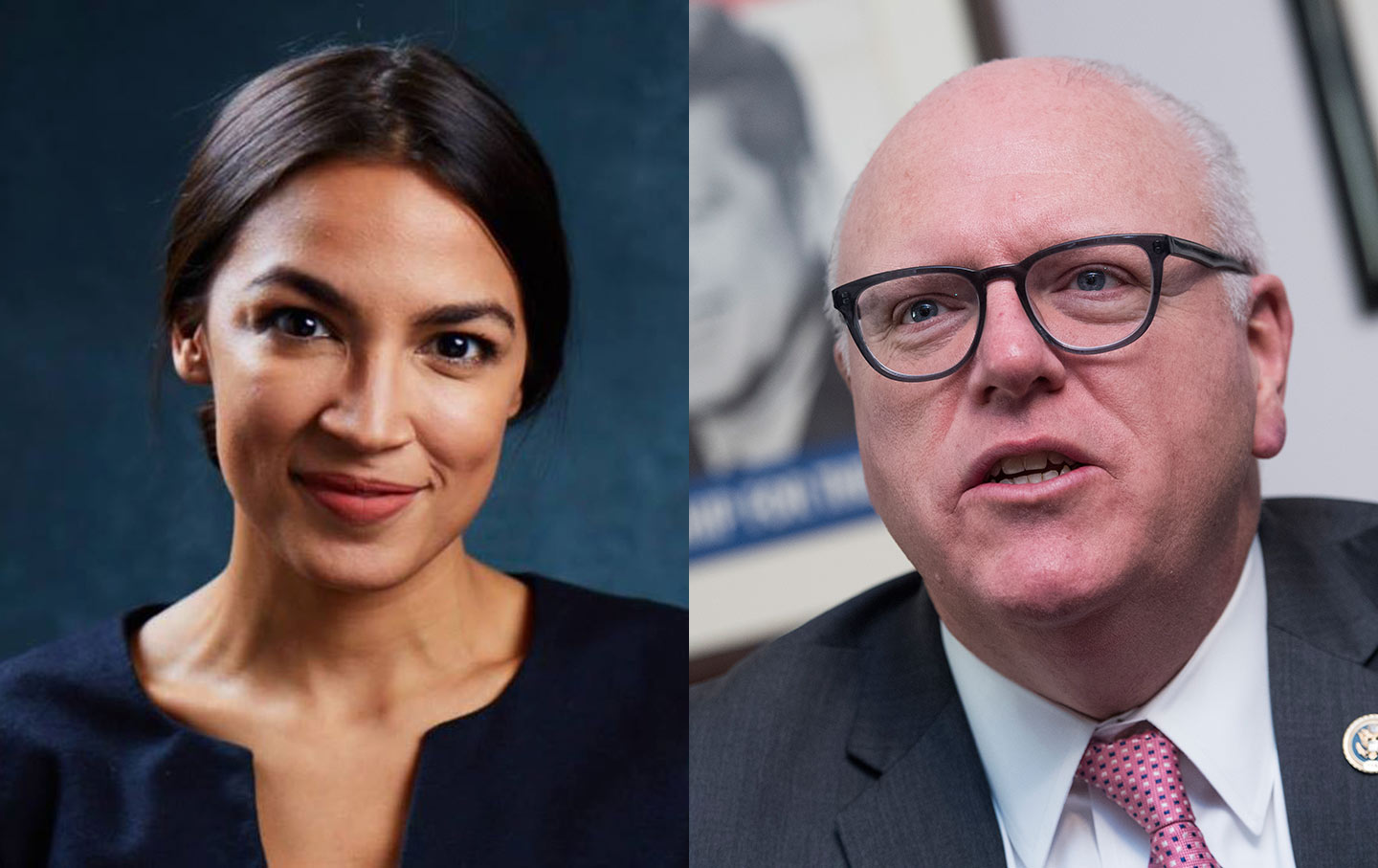 Young Women of Color Are Running to Win

For that to happen, voters must elect secretaries of state who support voting rights. And this is a good year to do just that: Of the 35 states in which the secretary is elected directly by voters, 26 will be choosing someone for the office in 2018. Six more states will elect a governor who appoints the secretary of state, and there are legislative elections in three states where the secretary is chosen by the legislature. In battleground states across the country, voters can elect officials who side with democracy. These include Ohio State Representative Kathleen Clyde, the Democratic nominee to replace Husted, a hyperpartisan Republican careerist whose name will now be forever associated with voter suppression, thanks to the Court’s decision.7

Clyde isn’t running against Husted (he’s the GOP’s nominee for lieutenant governor this year), but she is running against the approach that Ohio Republicans have taken to voting rights. “Even if aggressively purging voters for their frequency of voting does not violate a federal statute, it is still bad policy for all Ohioans,” says the legislator, who sponsored “Stop the Purge” measures in 2015 and 2017 that would have kept eligible Ohioans on the voter rolls. If elected, Clyde will end the purge process. But that’s just part of her vision for “securing and modernizing our elections so that every Ohioan’s vote counts”—a vision that begins with a voter-friendly approach to an office that has significant flexibility when it comes to making it easier to cast ballots and have them counted. She also wants to be an advocate for legislative remedies like automatic voter registration, which will ensure that Ohioans “are added to the rolls when they do everyday things like get a driver’s license, seek disability services, or simply turn 18.”8

That isn’t a radical proposal. Progressive Democrats in the nation’s statehouses—led by Oregon Governor Kate Brown, a former Democratic secretary of state—are already implementing pro-democracy reforms. And serious contenders for the secretary position, such as Jocelyn Benson in Michigan and Jena Griswold in Colorado, are campaigning as voting-rights champions with ambitious agendas for increasing turnout. Griswold is challenging a GOP incumbent who cooperated with Trump’s bogus (and now-defunct) Presidential Advisory Commission on Election Integrity; she says she’s running “to increase campaign-finance transparency, secure our elections, and protect voting rights.” In so doing, she can also stand up for democracy at a time when the Supreme Court has failed to do so.9