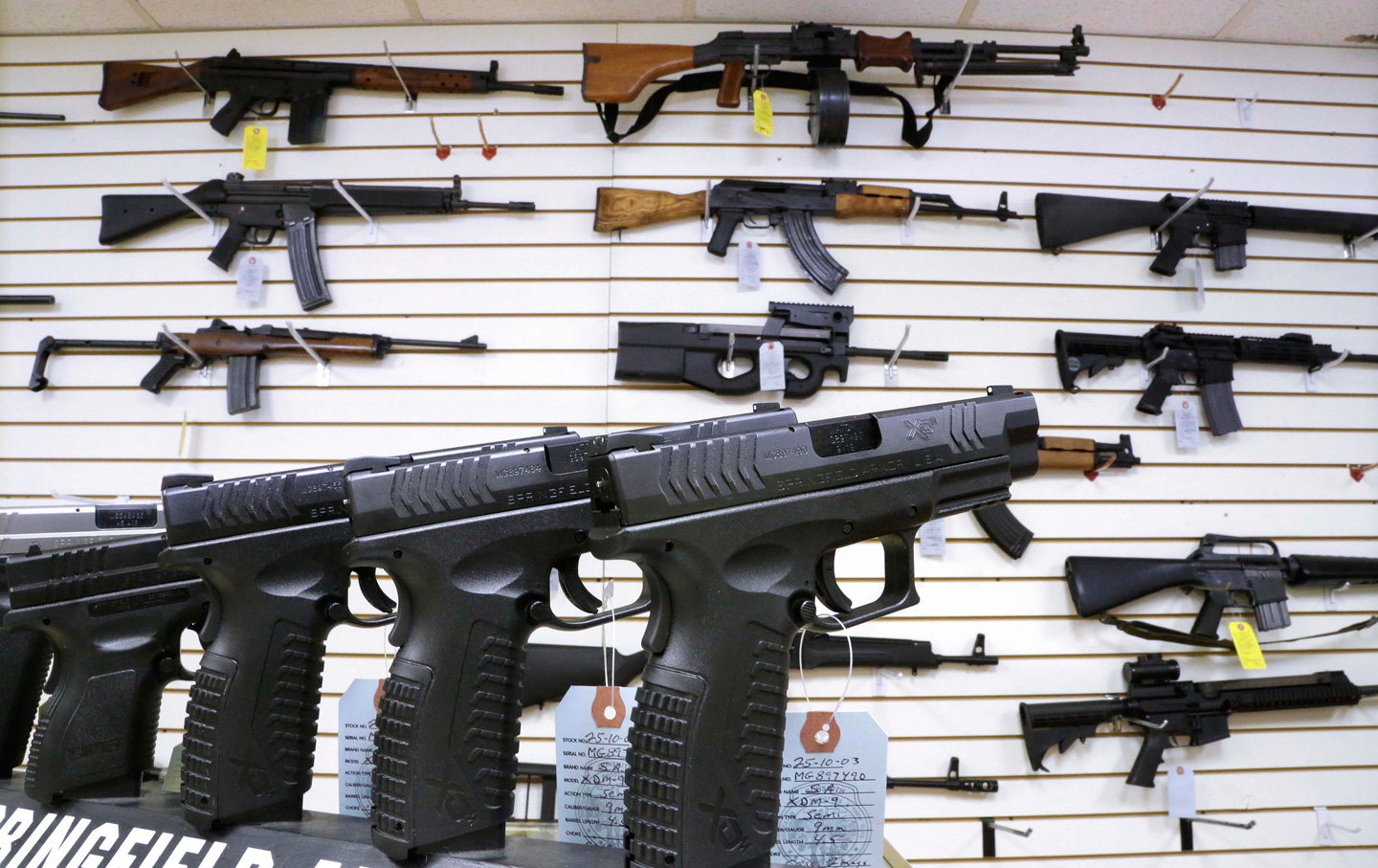 On October 1, there were 16,000 American soldiers serving in Iraq, Syria, and Afghanistan. But it was Las Vegas that most resembled a war zone and represented the biggest danger to American lives that day. From the punched-out windows of his 32nd-floor suite at the Mandalay Bay hotel, Stephen Paddock rained down an appalling level of destruction on a country-music concert below. Using an enormous cache of guns, in less than 12 minutes he single-handedly massacred 58 people and injured 527 more. It was a deadlier day than American soldiers have ever suffered in Iraq or Afghanistan, and the worst mass shooting in modern US history.1

This latest slaughter demands that the country grapple with gun-control issues beyond the debate over background checks. A more fundamental question is at hand: How much lethal firepower should citizens be allowed to possess?2

There will be a fierce debate about where to draw the line, but no reasonable person can say the Vegas shooter wasn’t well past it. Paddock had effectively assembled a small ordnance depot in his luxury hotel suite. He had at least 23 firearms and hundreds of rounds of ammunition. A majority of those guns were military-style assault weapons; some were mounted on shooting platforms with scopes and tripods and outfitted with devices that made them fully automatic. Investigators later found 19 more guns and thousands of rounds of ammunition at his home.3

The destructive capacity of this arsenal is staggering, but it is not out of line with the firepower unleashed by other mass shooters. Omar Mateen, who was responsible for the 2016 massacre at the Pulse nightclub in Orlando, had three weapons, including an assault rifle, and hundreds of rounds of ammunition. He killed 49 people and wounded 68 more. Adam Lanza had only 300 seconds to shoot his assault rifle inside Sandy Hook Elementary School in Newtown before the police engaged him, but he got off 154 rounds and killed 26 people. James Holmes shot 82 people inside an Aurora, Colorado, movie theater in 90 seconds. When Jared Loughner shot up a meet-and-greet with then-Congresswoman Gabby Giffords in Tucson, he fired 33 times in 19 seconds.4 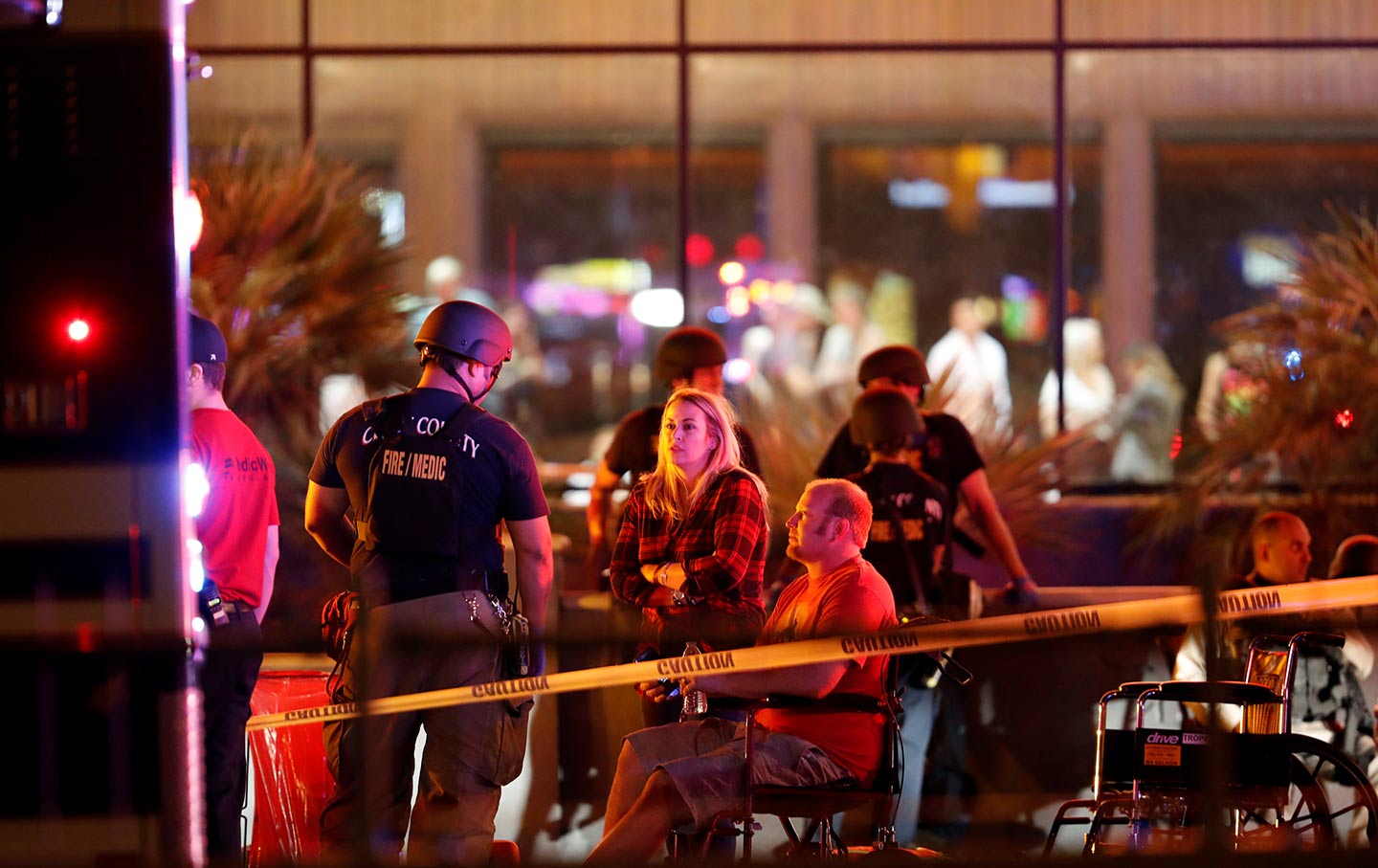 Assault weapons with large magazines for ammunition are the common denominator in these killings. After World War II, the US Army’s Operations Research Office performed a study and found that the chief predictor of casualties was the number of shots fired. The military then asked the private sector to develop a lightweight weapon with a large, detachable magazine that could be used to inflict extreme damage on the enemy. The firearms manufacturer ArmaLite answered the call with the AR-15, which became the military’s standard-issue rifle.5

Now weapons very similar to the AR-15 are sold by sporting-goods stores, gun shops, and online retailers nationwide to any citizen with any level of training, or none at all. Large magazines that carry up to 100 rounds are also legal, and ammunition sales are barely regulated. The devices that Paddock used to make his weapons fully automatic are legal as well. Remarkably, Republicans in Congress plan to make lethal weapons even more dangerous: The House may soon vote on a bill making it much easier for citizens to obtain silencers and armor-piercing ammunition.6

Such measures must be blocked, but the gun-control movement also needs to push for action on reducing the number and kinds of weapons that Americans can possess. Creating a nationwide registry of gun owners and their firearms would be a start, along with enacting federal laws that prohibit more than one handgun purchase per month. Three percent of Americans already own 50 percent of the guns and can let loose military-level assaults on any venue they choose: concerts, malls, elementary schools. Background checks wouldn’t have stopped Paddock, Mateen, Lanza, Holmes, or Loughner. All those guns were purchased legally. But why were they allowed to be sold?7