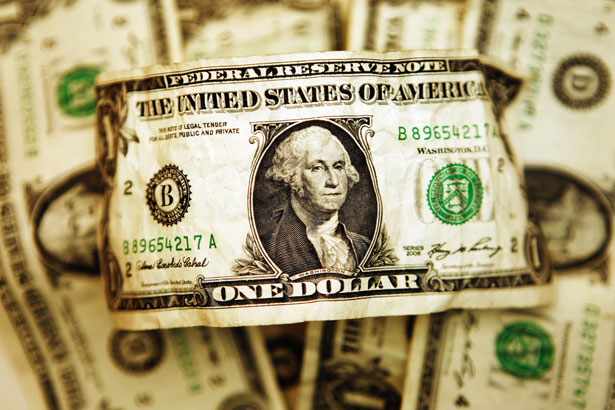 Cole County, Missouri, seems an unlikely place for a national Republican group to spend hundreds of thousands of dollars. It’s a small county of 75,000, and its leadership is solidly red, with few exceptions. One of those exceptions is Pat Joyce, a Democrat who’s held her seat on the country circuit court for two decades. Until a few weeks ago, with $17,000 on hand and her opponent nearly $13,000 in debt, her chances of serving another term seemed good.

That financial advantage vanished abruptly in mid-October when the Republican State Leadership Committee stepped in with $200,000 to save Republican Brian Stumpe. Half of that money went directly to his campaign. The rest went to the RSLC’s local political action committee, which ran a tie-dye hued ad that accused Joyce of being a “groovy” ally of “radical environmentalists.”

Joyce holds a powerful seat, as far as local courts go. Cole County includes the Missouri state capitol, and so the court has jurisdiction over lawsuits against the state, such as legal challenges to ballot measures. But the RSLC’s involvement in the race isn’t necessarily about Joyce—it’s part of a broader campaign to make courts across the country more conservative.

Since 2010, the RSLC has run an aggressive—and successful—strategy to turn states red and keep them that way. This year, the group expanded from legislative and gubernatorial races, putting $5 million into a “Judicial Fairness Initiative” with the aim to elect judges who are “supportive of restraining government.” So far, the RSLC has funded judicial campaigns in Missouri, Montana, Tennessee and North Carolina. The group is still monitoring races in Ohio, Texas and Michigan.

“It’s a conscious campaign to shift the ideological direction of the courts,” said Alicia Bannon, counsel at the Brennan Center for Justice, which tracks spending in judicial elections. Thirty-nine states elect at least some of their high-court justices. Many began doing so out of concern that executive appointments lacked transparency, but with campaign finance rules increasingly lax, it’s no longer clear that elections are a better mechanism. “We’re seeing money and special-interest influence playing a larger role in these races,” Bannon said. “It’s raising real concerns about whether judicial elections are fulfilling that role of ensuring meaningful accountability and independence for our courts.”

Special interest groups spent a record $15.4 million on ads and other activities in judicial races during the 2011-12 election cycle, according to the Brennan Center. Political action committees are beginning to outspend candidates themselves, said Bert Brandenburg, executive director for Justice at Stake, which advocates for impartial courts.

Brandenburg traces the trend back to the 1990s—and to conservative operative Karl Rove, who built his reputation on capturing high courts in Texas and Alabama. A 2012 report from the Center for American Progress noted that at the beginning of that decade, candidates for state supreme courts raised about $3 million. Within a few years, that figure had quintupled.

“We’re pressuring judges to act like Huey Long on the campaign trail and then turning around and telling them they have to be Solomon in the court room,” said Bradenberg. “A lot of people are getting very afraid that justice is for sale.”

The RSLC is far from the only group pumping money into judicial elections. Just this week, for example, a brand-new group called Campaign for 2016 dropped more than half a million dollars in a bid to unseat a Supreme Court justice in Illinois. But the RSLC appears to be the first national group to focus on those races in a systematic fashion. Americans for Prosperity, the Super PAC backed by the Koch brothers, recently waded into a judicial campaign in Tennessee. But in general, Brandenburg said, the new class of politically minded billionaires have not discovered judicial elections. “But they could at any moment.” If they do, the results could be disastrous for the justice system; big money goes a lot further in a state Supreme Court race than in a campaign for the Senate, and the impact of the winner’s decisions can be enormous.

With ideological groups increasingly eager to buy seats on state-level benches, judges are forced to act more like politicians, turning to lawyers and other parties who may later appear before them in court to raise campaign cash. A few states have clear recusal guidelines—California, for example, requires a judge to step aside if they’ve received more than $1500 from an attorney or party in a case within the last six years, in a previous election or for a future campaign—but many do not. “The recusal rules have not kept up with the surge of money we’re seeing in these elections,” said Bannon.

During her primary, Hudson was the target of attacks funded by the RSLC, which gave $900,000 to a conservative Super PAC called Justice for All NC in late April. Around that time, Justice for All NC began airing ads accusing incumbent Hudson of not being “tough on child molesters.” It’s not that hard to find criminal cases in a judge’s record where they could have ruled more harshly against a defendant, and so “soft on crime” is a common refrain in ads against incumbents. But most of the money for the attacks is coming from groups whose priorities are not public safety but business. The RSLC has received big donations from North Carolina corporations like tobacco giants Reynolds American and Lorillard Tobacco Company, for example. Regardless of motivation, that spending has perverse effects on justice. The American Constitution Society has found that contributions from business interests make justices more likely to rule in their favor, and that attack ads correspond with an increase in rulings against criminal defendants.

The attacks on Hudson were only the opening salvo in a battle for the North Carolina courts. As of early October, judicial candidates in the state had booked more than $1 million in television airtime, not counting what was spent during the primaries. Two things have made North Carolina one of the most brutal battlegrounds for judicial candidates, one being the sheer number of contested positions. Four of seven seats on the state Supreme Court and three on the Court of Appeals are in play, meaning that the elections could shift the high courts’ ideological balance. Though candidates are technically nonpartisan, many are running along clearly defined party lines. The state Republican and Democratic parties have both endorsed candidates.

The second reason big money is being spent in North Carolina’s court contests this cycle is that last year the Republican-led legislature repealed the state’s public-financing law, which provided campaign funds if candidates agreed to limitations on fundraising and spending. Now, candidates have to spend more time cozying up to donors in order to compete. Justice Cheri Beasley, an incumbent who relied on the public-financing program for her 2008 campaign, told a reporter that this year she’s driven 40,000 miles in order to attend fundraisers and other campaign events.

The more expensive the races become, the more difficult it is for candidates who haven’t built relationships with wealthy clients or business partners to compete—for example, people who’ve spent their careers as public defenders. On the other hand, someone with a rolodex full of corporate connections will have an easier time raising money. The danger is not only that judges will face conflicts of interest in future cases, but that benches on high courts will be less diverse to begin with.

For now, even judges opposed to the politicization of their profession have little choice but to fundraise. Public financing for campaigns would help, but as North Carolina illustrates, political winds are shifting in the opposite direction. Thirty states still forbid judges from soliciting campaign contributions directly, but even those restrictions are vulnerable; the Supreme Court, which has ruled decisively against campaign-finance laws in recent years, recently agreed to hear a challenge to Florida’s law. “There are growing concerns about whether or not there is going to be a viable way of choosing judges going forward,” said Bannon.