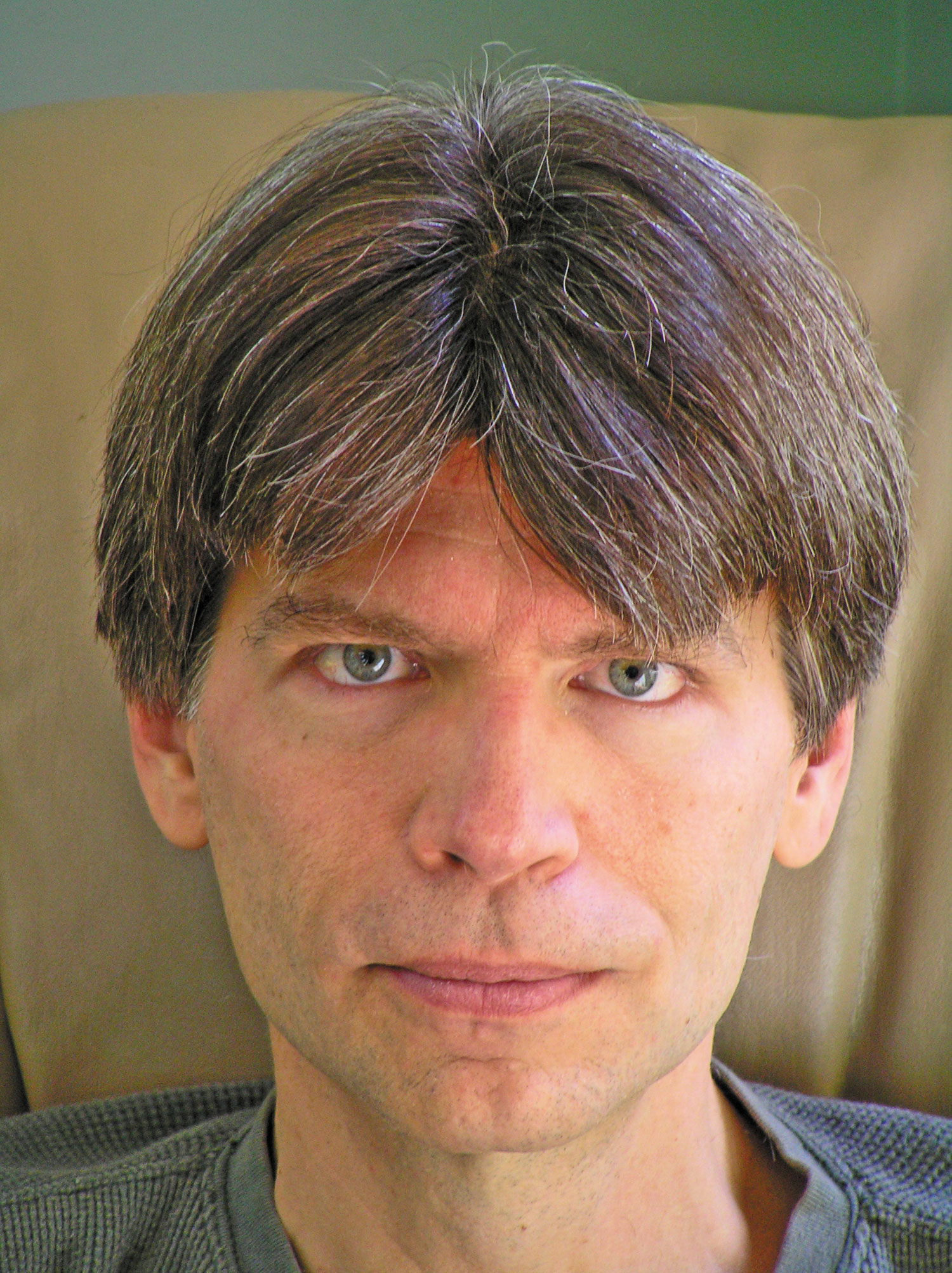 The big image at the heart of Dave Eggers’s The Circle (Knopf/McSweeney’s; $27.95) is a transparent shark retrieved from the Marianas Trench by one of the “Three Wise Men” who run the Circle, a tech company that’s something like an amalgam of Google, Facebook and Twitter. With its belief in the importance of sharing information, the Circle wants to make its internal mechanisms as transparent as the shark’s: “What if we all behaved as if we were being watched?” says another wise man. “It would lead to a more moral way of life.” But a transparent animal is an animal in which digestion proceeds in full view. As the image of the shark, endlessly elaborated, serves to underscore, the Circle is as ravenous as any marine predator, and its internal processes are as offensive  as watching a shark’s digestion.

Very good, except that a shark or any other creature retrieved from the deep ocean will die of decompression sickness at sea-level pressure before it can ever function as a metaphor. Eggers ignores this complication, a lapse that seems emblematic of The Circle’s basic problem, which is that its images, characters and long, didactic passages are illustrations of political and philosophical convictions rather than credible elements of a fictional world. Eggers is transforming himself into Upton Sinclair.

The novel follows the rise of Mae Holland from her entry-level position in “Customer Experience” to a position of e-celebrity: she wears a camera around her neck and broadcasts everything she does to her adoring viewers. Nothing is private—not heart rates, not sexual behavior, not DNA. “Privacy is theft,” says Mae. A troubling predicament for a human being, perhaps, but Mae is something else. She has no plausible longings and no capacity for reflection. She is brainwashed with so little fanfare that the working out of the plot could be articulated in a few sentences. She is herself like the transparent shark. There is nothing inside her, nothing that will bubble up in protest when she’s hauled from the deep ocean of her private life. She is immune to the spiritual bends.

The Circle is written in an earnest, telegraphic style that seems intended to mimic the voices of its characters, who are earnest to a fault. They say things like, “We’re at the dawn of the Second Enlightenment.” They want to eliminate crime by asking their users to cover the world in “SeeChange” cameras. They want to “eradicate smallpox in West Africa” (another painful error: the global eradication of smallpox in 1979 really was a triumph of education and cooperation and everything else the Circle claims to stand for). They do not want to create a totalitarian surveillance state, but that’s what they do.

Do they want anything at all? Mae seems to want things in principle but not in practice. She is not a person, she’s an idea, and The Circle is a novel in which ideas and convictions are more important than people, which is the very idea it’s intended to argue against.

The issue of privacy, or rather its erosion, is also at the heart of Orfeo (Norton; $26.95), by Richard Powers. Peter Els, an avant-garde composer now retired from musical composition (though not, we eventually discover, from composition in a more nebulous sense of the word), has been modifying the genome of a bacterium called Serratia marcescens, an activity that attracts the attention of the Joint Security Task Force. It’s a harmless experiment, but Els has no faith in the judicial process in post-9/11 America, and he knows that every Internet search he’s made can be uncovered and used against him. He runs, although he knows he’ll be caught: there are cameras everywhere, and someone somewhere can observe everything he does on his borrowed smartphone.

But Orfeo is wide and deep, concerned ultimately not with privacy or bioterrorism or unlawful detention but rather with the bigger thing, the real thing—the soul, or even The Soul. Set against this narrative of persecution is another narrative, one about the story of Els’s musical career. It is an obscure curriculum of aesthetic revelation. He writes, in a fever of inspiration, difficult music; then worries about having done so; and then is inspired once more to write difficult music. He is not incapable of reflecting on this pattern. “Why write music that no one wants to hear?… You might as well write a medical thriller in Mayan glyphs.” Yet this is what gives his life meaning. “Drunk on birthing up this first-time thing”—this after he has written his very first piece—“he saw the future, and he recognized it from way back when.”

What does avant-garde composition have to do with biotech? Again and again, Els has an intimation of “some lush design waiting for him,” and the pursuit of that design leads him to Serratia marcescens. He has been trying to encode “music” of some kind in the genetic material of his bacteria. It’s music that would, if these modified bacteria were to proliferate, fill up the whole world. It’s music that no one wants to hear, that no one could possibly hear, and yet it is music that makes him famous, in a sense. “I wanted music to be the antidote to the familiar,” he thinks. “That’s how I became a terrorist.”

These are exciting ideas, but Orfeo is a novel and it does not provoke sober reflection so much as immerse the reader in a terrifying world, one in which the rational mind is subsumed by the shifting and unknowable stuff beneath. The idea of that “lush design”—“that small thought that had taken over his life”—is itself like an opportunistic infection. What is music that it matters so much? Or the scarier, deeper question: “How did music trick the body into thinking it had a soul?”