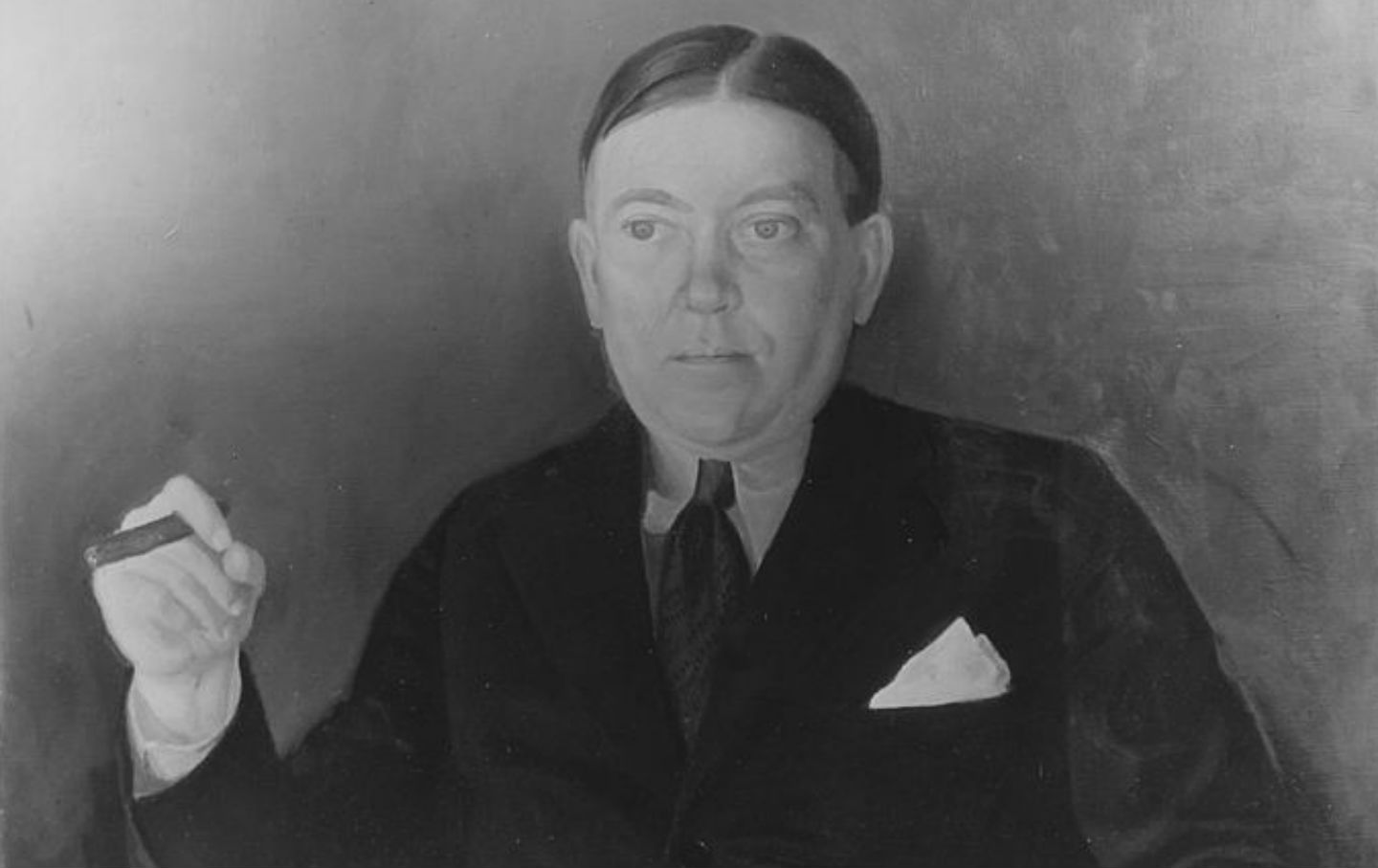 The Nation had an amusingly complicated relationship with the great H.L. Mencken, born on this day in 1880, nowadays, and to our limitless impoverishment, more tributed than he is read. In the second decade of the 20th century, Mencken called the magazine, then under the influence of a conservative Sanskrit scholar, “perhaps the dullest publication of any sort ever printed in the world.” Yet when a crusading liberal editor took it over in 1918, Mencken wrote that he “threw out the trash and started printing the truth.” Shortly thereafter Mencken began contributing regularly to the publication, and would continue doing so throughout the 1920s and to a lesser extent into the 1930s. In 1925 Mencken offered a tribute to the magazine on the occasion of its 60th anniversary: “The Nation is unique in American journalism for one thing; it is read by its enemies. They may damn it, they may have it barred from libraries, they may even—as they did during the war—try to have it put down by the police, but all the while they read it…. To an editorial writer The Nation is indispensable. Either he reads it, or he is an idiot.”

Mencken eventually stopped contributing to the journal as the political gulf between him and the magazine became too wide to cross. Mencken’s most amusing piece for The Nation came in November 1928 when he contributed to a short series the magazine commissioned on the subject, “What’s Wrong With The Nation?”

The main thing wrong with it, I believe, is that in its laudable progress from liberalism to libertarianism it occasionally hangs back and moos sadly, like a cow torn from its calf. I do not apologize for the simile: a cow is quite as good a man as a liberal. What ails liberalism, as a practical scheme of reform, is its naive and irrational belief in law, a superstition that has cursed the human race long enough. It is time, God knows, to get rid of it, that civilization may have a chance, and I naturally look to such enlightened and disreputable journals as The Nation to help along the process. But every time I begin to glow with hope The Nation comes out with kind words for some preposterous prohibitionist or other wowser, or with an editorial demanding insanely that Congress put down crime by forbidding the interstate shipment of pistols. What could be more disconcerting, more irritating, more muddy-headed, more absurd? To forbid the sale and shipment of pistols would be simply to take them away from honest men and arm all gunmen to the teeth, just as forbidding the sale of alcohol has closed all the honest, decent, sanitary saloons and given a monopoly to filth speakeasies. Such aberrations, I confess, annoy me excessively. I react to them as I react to jazz…They impede my respiration and make me pitch and toss. When I encounter them in a paper I respect it is a sad day for me.