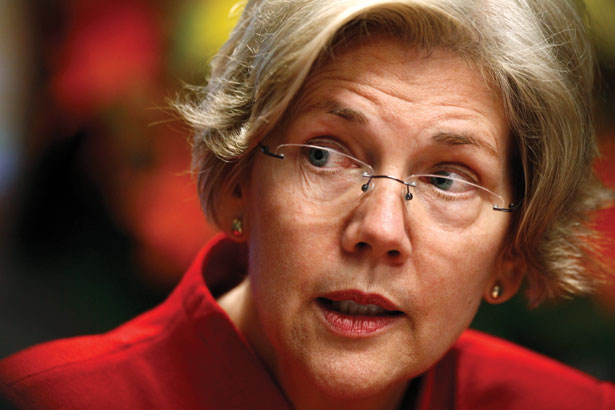 The federal outfit with perhaps the best track record in busting financial institutions for malfeasance related to the 2008 global economic crisis is, ironically, the one with the smallest budget and smallest staff: the Special Inspector General for the Troubled Asset Relief Program (SIGTARP), which was created in 2008 and given authority to oversee the post-crash bailouts.

Why is that? Senator Elizabeth Warren would like to know. In a letter sent Wednesday to the Federal Reserve, the Office of the Comptroller of the Currency and the Securities and Exchange Commission, Warren laid out the wide staffing disparity:

She went on to note that, despite a budget many magnitudes smaller than the other respective enforcement agencies, SIGTARP managed the following: criminal charges against 144 individuals at financial institutions, including 92 senior officers; criminal convictions of 107 defendants; prison sentences for fifty-one defendants; civil cases against fifty-eight individuals, including forty-four senior officers; and $4.3 billion in civil judgments.

She then asked each agency receiving the letter to detail its own record in each category—and submit it to her by no later than November 23. The Federal Reserve told The Wall Street Journal it will respond; the OCC and SEC did not offer that assurance.

There has no doubt been promising action on this front—the SEC just got JPMorgan Chase to admit wrongdoing in relation to the “London Whale” fiasco, and the bank is on the verge of making a record $13 billion settlement with the Department of Justice official. But Warren clearly wants to keep the pressure on.

“There have been some landmark settlements in recent weeks for which your agencies and others deserve substantial credit. However, a great deal of work remains to be done to hold institutions and individuals accountable for breaking the rules to protect consumers and taxpayers from future violations,” she wrote in the letter. “Strong enforcement is an important deterrent, and I believe transparency is critical.”

We will keep you posted on the enforcement agencies’ reply to Warren.

Jail should be the consequence of JPMorgan Chase’s crimes, writes William Greider.