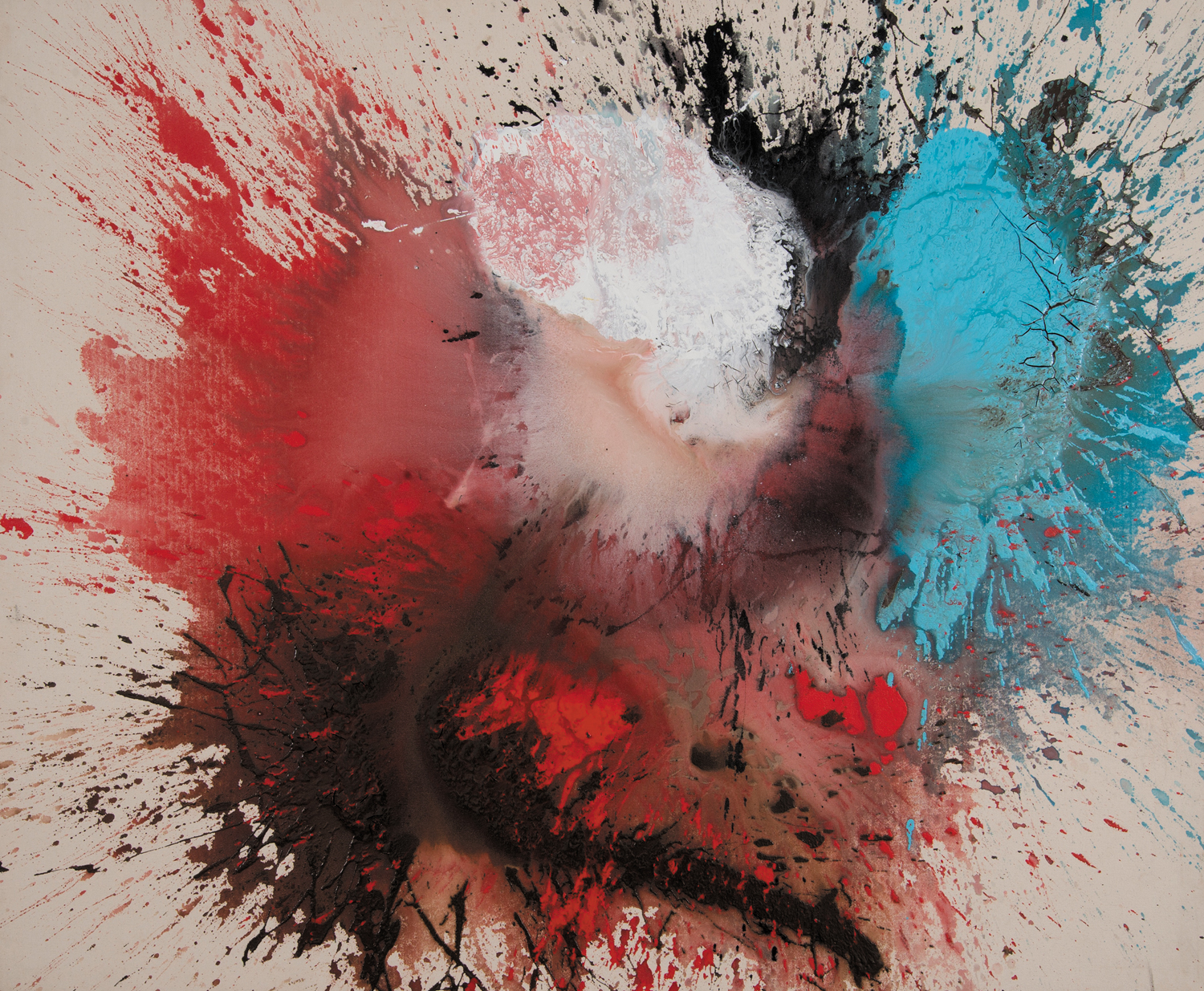 It used to be that only works by blue-chip artists got traded like currency, but these days, clusters of speculators have figured out how to manipulate the market for up-and-comers, too. They buy quantities of work by kids just out of graduate school, trade them among themselves at escalating sums to whip up some buzz, then call the auction house when the price looks right. Selling stock this way could land you in jail, but the art market in 2014 is like the California gold rush in 1849. It’s not clear to me whether the artists involved gain anything more than being able to pay off their grad-school debts. “The road is littered with people who’ve been chewed up and spit out” by this system, according to one market insider.

Maybe that explains why what catches the eye these days is less the work of new artists than the continuing vitality of work by our elders—artists who have seen fashions come and go and persevere nonetheless, their passion undimmed. Apparently, I’m not the only one who feels this way. In the last few months, New York galleries have been rife with terrific shows of artists whose careers are rooted in the 1950s and ’60s. There’s been new work by Larry Poons at Danese/Corey, Alex Katz at Gavin Brown’s Enterprise and Robert Bechtle at the Gladstone Gallery, for example, and, at Algus Greenspon, a survey of William King’s sculpture and drawings from the 1940s to the present.

For me, though, the great revelation was at the Tilton Gallery, where the artist David Hammons curated “Ed Clark: Big Bang,” an aptly titled dose of explosive energy from a remarkable second-generation Abstract Expressionist born in 1926. Until recently, Clark has been almost criminally overlooked— including by me, I must admit. When I was first gobsmacked by one of his paintings, at the uneven “Blues for Smoke” exhibition at the Whitney Museum of American Art last year, this African-American artist was just a vague name to me. Now, suddenly, with the Art Institute of Chicago having recently devoted a little room to three of his works from the 1950s, and the Tilton exhibition of eight of his paintings from 2001 through 2012 alongside one from 1959, Clark can no longer be sidelined. He is, simply, one of the best living painters.

Like his contemporaries Norman Bluhm, Al Held and Alfred Leslie, Clark developed his painterly gesture on a grand scale. No mere brush seems big enough for him— photographs show him pushing paint around with a broom—but the results are not empty bluster. Clark revels in the subtlest interplay of will and accident, painting wet-into-wet to coax suave modulations of color out of the bluntest, even seemingly most slapdash concatenations of matter. (He appears to take particular pleasure in transforming blue into brown.) It’s almost indecently voluptuous, and yet rigorously structured. Paint as a literal, physical presence and as a trace of the artist’s mental and physical activity becomes inseparable from the evocation of the glory of light.

Clark’s muscular approach to painting finds a three-dimensional analogue in the ceramic sculptures by Lynda Benglis recently showed at Cheim & Read. Fifteen years younger than Clark, Benglis is generally pegged as a Post-Minimalist, but as art historian Anna C. Chave observed, her work’s “opulence, sensuality, theatricality, verve, and…complex sense of play” have made her something of an outlier. In these modestly scaled new works, Benglis uses rectangular tubes of clay as a point of departure, breaking, bashing, pinching, punching, heaving, nicking, tearing and otherwise lovingly abusing the material to give each of the twenty-four pieces its own tumultuous form. But the wonder of them is how fully Benglis has fused her luscious glazes with the volcanic sculptural figures, using the vitreous color with just as much variety as she does the clay, sometimes in agreement, sometimes in counterpoint. Whether you call it painting in three dimensions or sculpting with color, Benglis does it with a vehemence that became all the more impressive once I learned that these works were created in the wake of the loss of her longtime partner, Anand Sarabhai. One would not have thought of these sculptures as mournful; instead, they manifest a transformative energy and make a defiant statement of the implacable necessity of destruction as essential to life. In them, Benglis is wrestling with Kali.

In comparison with the unequivocal force of Clark’s or Benglis’s work, Lois Dodd’s recent paintings at Alexandre Gallery might have looked introverted, even prim. But look again. Born in 1927, Dodd is a representationalist with an abstractionist’s eye for how a painting puts itself together and takes itself apart. And her sturdy paintings of flowers, houses and domesticated landscapes possess a ruthless force of their own: it’s their concision, the expression of a rapidity of perception that does not linger sentimentally over any unnecessary detail. It’s not merely that she leaves things out, but more that every possible superfluous mark has encountered her disdain, one by one, and been utterly snuffed out. Pink Scabiosa (2013) has less pink to it than white underpainting; it is half-real, half-ghost. And how prickly some of these flowers look! You don’t want to visually caress Dodd’s Dried Queen Anne’s Lace (2013) or Allium Seedhead (2011)—not when you can feel them chafing across whatever it is your eyes use for fingertips. Her subject matter might sound cozy, but the paintings aren’t.