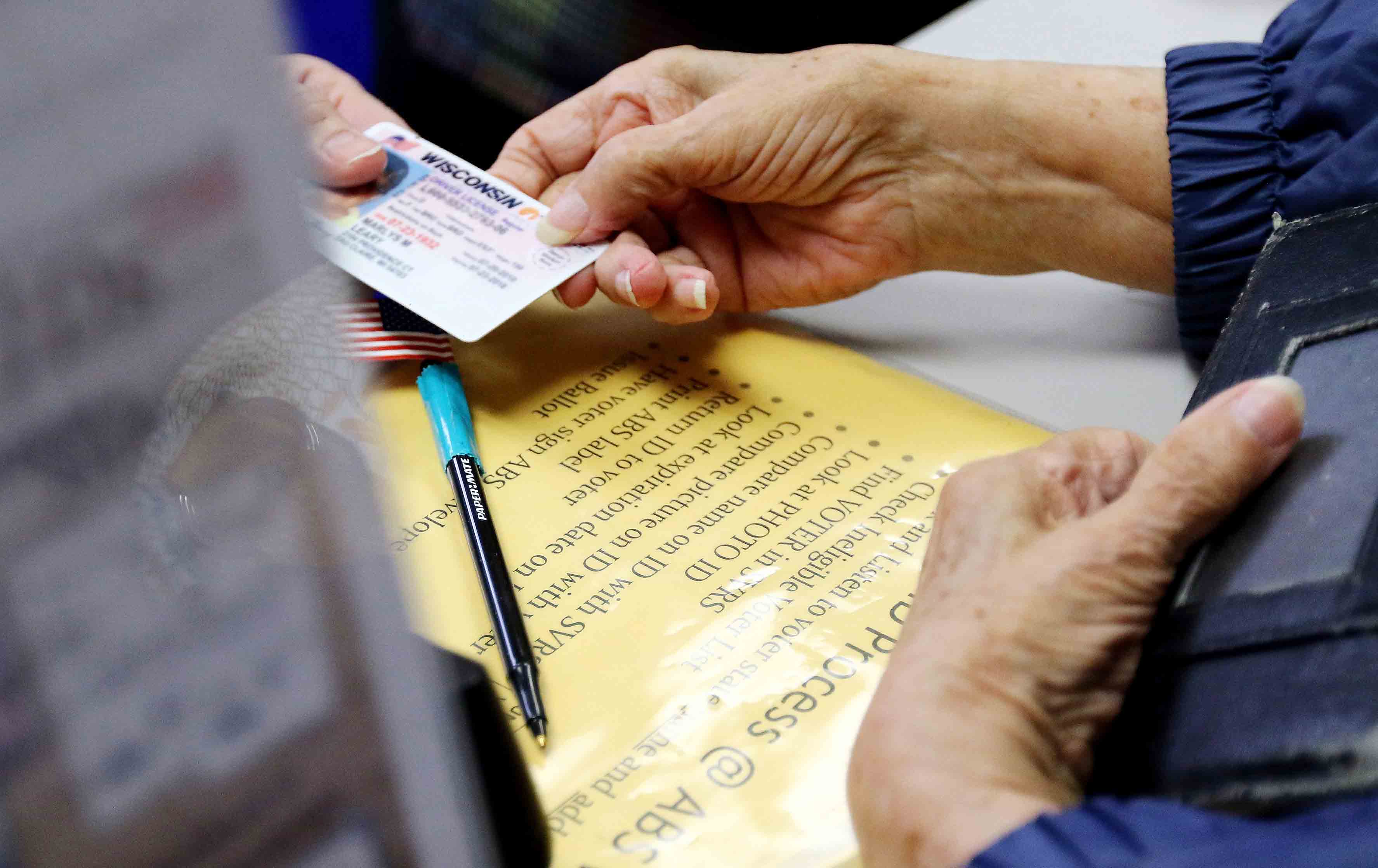 Sarada Hanumadass was born in Ireland in 1974, to Indian parents, and moved to the United States when she was 6 weeks old. She became a US citizen when she was 8 and grew up in the Chicago suburbs. (Hanumadass is her maiden name, she did not want to include her last name for privacy reasons.)

In 2012, after having twin girls, she moved to Wisconsin because her sister lived there, and taught high-school English in Sun Prairie, a suburb of Madison. She’s voted in every election since she was 18, including twice in Wisconsin in 2012 and 2014.

But after Wisconsin’s strict voter-ID law took effect in 2016, Sarada suddenly wasn’t able to vote. She had an Illinois driver’s license and proof of Wisconsin residency, but not a Wisconsin-issued photo ID. “I looked at my husband and said, ‘I don’t think I’ll be able to vote,’” she told me. “And he said, ‘no, no, no, it’ll be fine.’”

When she went to get a Wisconsin driver’s license, the DMV in Sun Prairie said she’d need a copy of her birth certificate to prove her citizenship. But she wasn’t born in the United States and her childhood passport had expired. The DMV said she needed to get her naturalization papers instead.

She called the DMV a month later and said her father couldn’t find her naturalization papers and asked if there was another way she could get a Wisconsin ID for voting. They wouldn’t budge. She then called Immigration and Naturalization Services, who said it would cost $345 and take up to two years to get a copy of her naturalization papers. “We weren’t in the financial situation to do that,” said Sarada, whose twins have cystic fibrosis, which is expensive to care for.

Despite working for the state and having a driver’s license, a Social Security card, and a marriage certificate, she can’t vote in Wisconsin in 2016. “I’m an American,” she says. “I’m being asked for my papers in Wisconsin and I’ve never been asked in my life to prove my citizenship. I feel disenfranchised. It’s super-frustrating and offensive.”

In addition to wanting to vote in the presidential race, Sun Prairie has a referendum on the ballot to build two new elementary schools, which is very important to Sarada as a teacher. “As an employee in the schools, as someone who sees what’s happening with kids every day, I can’t vote on the referendum,” she says.

Her story is not unique. Sarada is one of 300,000 registered voters in Wisconsin, according to a federal-court decision, who do not have strict forms of voter ID. And many are still not able to vote with Election Day four weeks out and early voting already underway in cities throughout Wisconsin.

On September 29, The Nation published an exclusive story detailing how two African-American voters, Zack Moore and Claudell Boyd, brought multiple documents with them to the DMV confirming their identities but were still turned away without the necessary voter ID. Recordings from the DMV provided to The Nation by VoteRiders detailed how Moore and Boyd were not offered certificates for voting within six business days, as required by a federal court order resulting from a successful lawsuit brought by One Wisconsin Now.

Federal District Court Judge James Peterson ordered the state to investigate how the DMV is implementing the voter-ID law and scheduled a hearing for October 12 to consider blocking or relaxing the law. Subsequent reporting by the Milwaukee Journal-Sentinel showed how workers at seven different DMVs across the state provided inaccurate information about the law. “You’re not guaranteed to get an ID card,” a worker at the DMV in Hudson told a volunteer from VoteRiders. “Nothing’s guaranteed.”

I published a follow-up article on October 5 telling the story of Christine Krucki, a 90-year-old woman who’s voted since 1948 but now can’t vote in Wisconsin. She made three trips to the DMV, bringing an Illinois photo ID, proof of residence in Wisconsin, a birth certificate, and her marriage certificate, but could not get a Wisconsin photo ID for voting.

Wisconsin filed a response to the federal court order on October 7, defending the state’s actions. “DMV acknowledges that some recordings show that some DMV employees communicated inaccurate or incomplete information,” the state admitted. But it said all the problems had been fixed.

Notably, DMV has also conducted quality assurance checks at 31 service centers across the state. In these checks, undercover state troopers presented themselves as customers inquiring about obtaining an ID for voting without all of the required documents. And in these instances, DMV employees provided accurate information about obtaining an ID through the [ID petition process].

Yet hours before the legal filing, Governor Scott Walker, who said during the primary that the voter-ID law “works just fine,” reported that the state troopers’ investigations “overall had a series of good responses but they had some things they had concerns with.” However, none of these concerns were mentioned in the state’s response.

“Plaintiffs’ broad request to enjoin the entire voter ID law is a non-starter,” the state asserts. Regardless of what the state claims, there’s overwhelming evidence that lifelong voters like Sarada continue to be turned away from the polls. These voters either have to pay money to get the documents they need to cast a ballot, which is a modern-day poll tax, or won’t be able to vote at all.

Wisconsin shows how problems with voter-ID laws are a feature, not a bug.