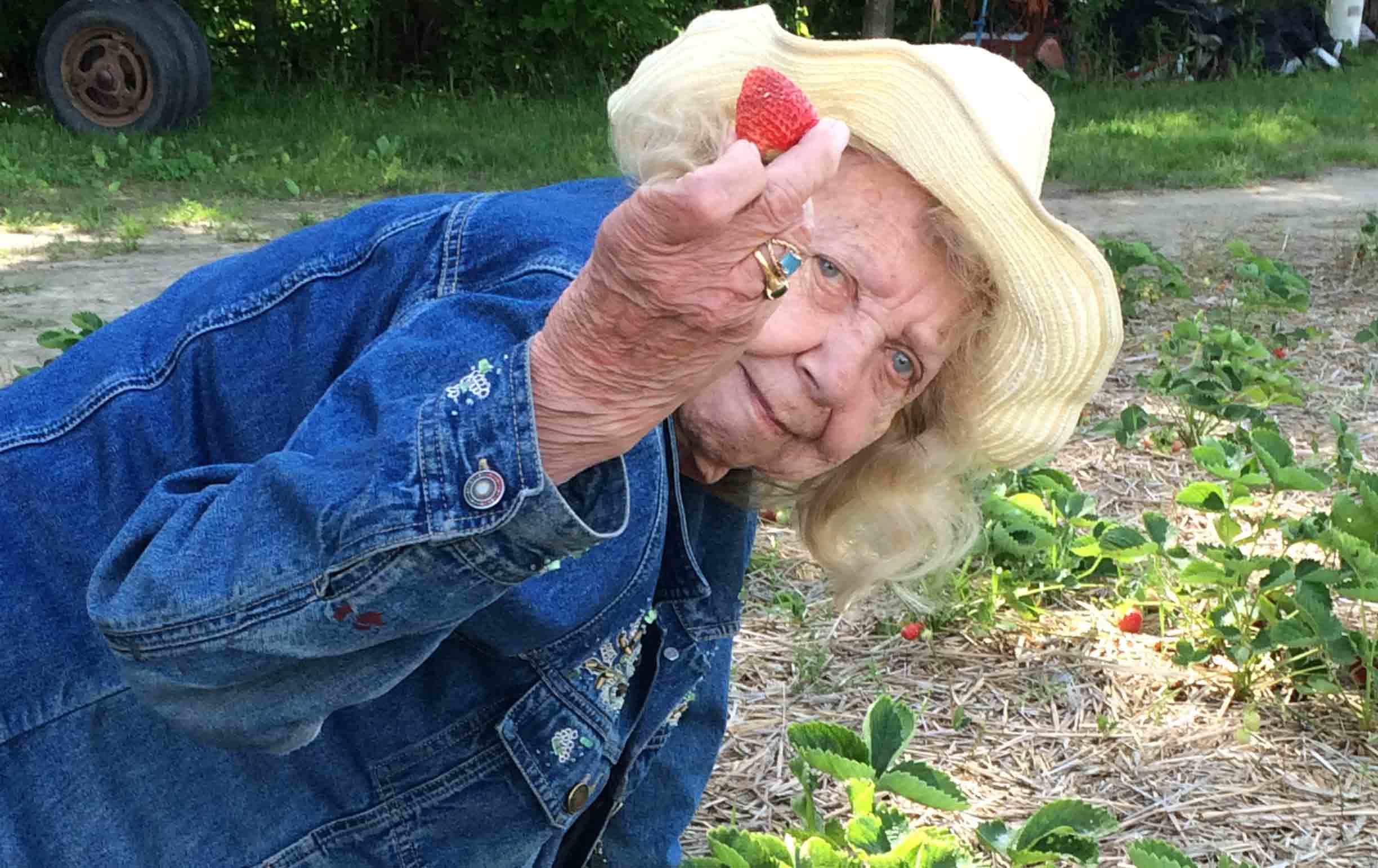 Christine Krucki was born in Lublin, Wisconsin, in 1925. She first voted in the 1948 presidential election and has voted ever since. She’s an independent who has voted for John F. Kennedy but also Ronald Reagan and George W. Bush. But after Wisconsin passed its strict voter-ID law in 2011, Krucki lost her right to vote. She made three trips to the DMV, bringing an Illinois photo ID, proof of residence in Wisconsin, a birth certificate and her marriage certificate but could not get a Wisconsin photo ID for voting.

Krucki first traveled to the DMV in Eau Claire, Wisconsin, in June 2013 with her daughter. “My mother does not have an unexpired passport, Wisconsin-issued photo ID, or any other kind of photo acceptable for voting,” her daughter, Sharon Erickson, said in a court declaration filed by the ACLU. Krucki lived in Illinois most of her life, before moving to Wisconsin five years ago, and no longer drives. She brought her Illinois photo ID, a bank statement and an insurance statement to the DMV. But DMV workers said she needed a birth certificate to get a Wisconsin ID for voting.

The problem was that Krucki was born on a farm and didn’t know where her birth certificate was. Erickson called the Wisconsin Department of Health Services and paid $20 for her birth certificate. However, her Polish last name, “Zaszczurynski,” was spelled “Zaszcronynska” instead.

She brought the birth certificate with her on a second trip to the DMV, but the DMV once again would not issue her a voter ID because the birth certificate didn’t match her current last name, Krucki, which she adopted after getting married. They said she’d have to obtain her marriage certificate from Illinois. Erickson paid $15 to get the marriage certificate from Cook County, Illinois, but it listed her maiden name as “Bandys” because Krucki had adopted that name, rather than the Polish name Zaszczurynski, after moving in with her stepsister in her 20s.

Erickson called the courthouse in Cook County and they said it would cost between $150–300 to amend her mother’s Illinois marriage certificate. A clerk in Eau Claire said there was a “chance” a Wisconsin judge would amend her mother’s documents if they paid $300 in court fees. At that point, Erickson gave up trying to get her mother a Wisconsin voter ID.

The April 5, 2016, presidential primary in Wisconsin was the first election in her life in which Krucki was unable to vote.

After Governor Scott Walker said the voter-ID law “works just fine,” Erickson wrote an angry letter to the governor telling her mother’s story. “We want you to know how the law that you supported and signed into law affects your constituency in an extremely negative way,” she wrote. “Why are the Wisconsin Republicans as well as the Republicans nationwide attempting to rig elections by stifling the right to vote of good and honest Americans?”

Less than five weeks before the presidential election, there are still major problems with Wisconsin’s voter-ID law. Last week, The Nation published an exclusive story detailing how two African-American voters, Zack Moore and Claudell Boyd, brought multiple documents with them to the DMV confirming their identities but were still turned away without the necessary voter ID. Recordings from the DMV provided to The Nation by VoteRiders detailed how Moore and Boyd were not offered certificates for voting within six business days, as required by a federal court order.

Federal Judge James Peterson ordered the state to investigate how the DMV is implementing the voter-ID law and report back to the court by Friday, October 7. Subsequent reporting by the Milwaukee Journal-Sentinel showed how workers at seven different DMVs across the state provided inaccurate information about the law, in violation of the court order. “You’re not guaranteed to get an ID card,” a worker at the DMV in Hudson told a volunteer from VoteRiders. “Nothing’s guaranteed.”

Yesterday, the voting-rights group One Wisconsin Now filed a new brief asking Peterson to block the law before the November election. “Taken together, this evidence makes clear that the State does not have—and is incapable of implementing—a functioning safety net for its strict voter ID law. Because the existence of such a safety net was critical to this Court’s issuance of a partial stay and the en banc Seventh Circuit’s decision not to grant initial en banc review, the voter ID law must be enjoined unless and until the State can demonstrate that eligible voters will no longer be disenfranchised because of that law,” the lawsuit states.

Peterson has scheduled a hearing on the motion for October 12.

The filing noted that voters with ID issues are still not being given the help required by law.

1/3 of the voters who were formally denied IDs—most of whom were already disenfranchised in elections earlier this year—still do not have the ID they need to vote in the general election.

Nor is the state doing an adequate job of informing the public about the new ID requirements.

The State has not allocated any additional funding for paid advertising beyond the $250,000 that was appropriated for generalized voter ID advertising prior to this Court’s order.

The State’s advertising and outreach efforts are also plainly not targeted in any meaningful way at the individuals who are most likely to need to use the IDPP—voters who are poor, African American or Latino, and live in urban areas.

The State reports that it has placed advertisement in 52 movie theaters throughout the State, id. at 10-11, but not a single one of those theaters is in Milwaukee.

The DMV defending its handling of the voter-ID law during a legislative hearing yesterday, saying it planned to retrain 400 workers by Friday. “We believe that process is sound,” said Mark Gottlieb, head of the Department of Transportation.

Democrats were not satisfied with the response. “I have very little faith in the training measures that were discussed,” said Representative Lisa Subeck of Madison.

Democrats on the Joint Committee for Review of Administrative Rules proposed holding an emergency legislative session to eliminate the voter-ID law before the election, but Republicans blocked it on a party-line vote.

Meanwhile, voters like Christine Krucki, Zack Moore, and Claudell Boyd will still not be able to cast a ballot in November unless the law, or the way it is implemented, changes very, very soon.