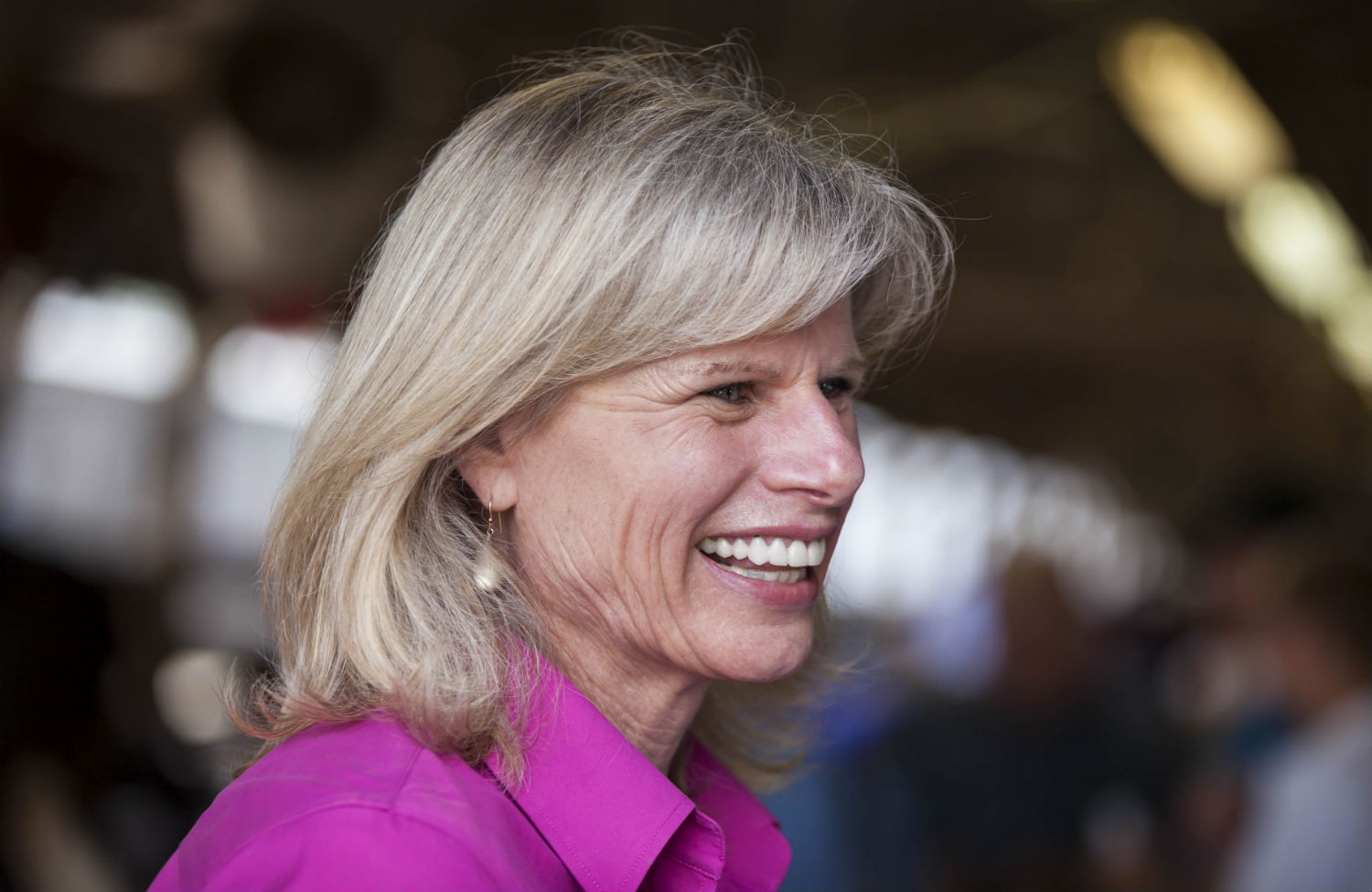 Mary Burke’s name appeared for the first time on a statewide ballot in Tuesday’s Democratic primary for governor of Wisconsin.

In fact, it was the first time that Burke’s name had ever appeared on a partisan ballot.

Aside from a successful nonpartisan bid for a seat on the Madison School Board in 2012, Burke has never before contended for elective office.

Yet, on Tuesday, the former Trek Bicycle executive and Wisconsin Secretary of Commerce won the highest vote of anyone on the ballot for any statewide office, taking 83 percent of the vote against state Representative Brett Hulsey, D-Madison. Despite his long record in state politics, Hulsey’s run was weakened by personal and political stumbles; yet in a year of political frustration and disenchantment that has seen top-of-ticket contenders in other states (such as Kansas Governor Sam Brownback) lose as much as 35 percent of the vote to little-known primary challengers, Burke’s finish was robust and significant. Notably, in many western and northern Wisconsin countries where she must renew her party’s appeal, Burke was winning well over 90 percent.

The scope of the statewide win builds on the sense created by recent polls—which have since May portrayed the race as a toss-up, with Walker and Burke both capturing around 47 percent of the likely November vote—that Burke has evolved into a serious challenger to Republican Governor Scott Walker, the anti-labor, pro-austerity, extreme social conservative who began the 2014 race as a prohibitive favorite.

That does not necessarily mean that she will beat Walker, the all-but-announced 2016 Republican presidential contender who was unopposed in Tuesday’s GOP primary. But the strong primary finish provides another indicator that Burke, an unlikely and unexpected contender for the governorship, might well be putting together the campaign that Democrats lacked in their 2010 and 2012 attempts to beat Walker.

A favorite of the Koch brothers and conservative donors across the country, Walker will still have a lot more money to spend in 2014. And he has already confirmed that he will use it wage a scorched-earth campaign, characterized by brutally negative television ads. Unfortunately for the governor, however, his ads may actually have strengthened Burke—especially after the governor launched a bumbling attack on outsourcing by Burke family’s firm, Trek, that drew criticism even from Walker-friendly media outlets such as The Wall Street Journal.

Walker will also have the power of incumbency—no small factor in the hands of a Chris Christie–style electoral micromanager who has done more to politicize appointments and policymaking than any Wisconsin governor in modern times.

But Burke brings to the fall race two strengths that go to the heart of Walker’s vulnerabilities in a state that has not backed a Republican for president since Ronald Reagan in 1984.

Even now, Burke remains relatively unknown—almost half of voters tell pollsters that their opinions of her are not fully formed. That gives Walker an opening for more attacks, of course. But it also means that the challenger has room to build on her strengths, which are:

1. Burke is the first woman ever nominated by a major party for governor of Wisconsin. And polls show that she has benefitted from a gender gap that has been an increasingly significant factor in the state’s elections. Like US Senator Tammy Baldwin, D-Wisconsin, who coasted to victory in 2012 on the strength of a 56-41 advantage among women voters (as opposed to a much narrower 51-46 advantage with men for Republican former Governor Tommy Thompson), Burke’s position is bolstered by support from women. Marquette University Law School polls have given Burke a seven- or eight-point lead among likely women voters, while Walker maintains a solid advantage with men.

As women make up more of the electorate, the female voters who are putting Burke into contention could be a determining force in November. If the Democrat builds even marginally on her advantage among women, Burke’s chances of winning expand exponentially. If she can get anywhere near Baldwin’s numbers, she wins. And Burke got a good break on primary night, when voters chose Jefferson County District Attorney Susan Happ as the Democratic nominee for state attorney general. That means that the Wisconsin Democratic party will, for the first time in history, be running women in both of the state’s marquee races. This could help to attract a crossover vote from moderate Republican women and Republican-leaning independents. But, far more significantly, it could help with generating turnout among young women—a critical factor in a low-turnout off-year election.

The contrast with Walker is stark. The incumbent has since 1990 run twenty-five primary and general election campaigns (counting a scrapped gubernatorial bid in 2006, but not counting the 2016 presidential bid he is furiously advancing). Few figures in Wisconsin, or national, history more fully fit the definition of a political careerist than Walker. His ambition is intense; he lives for politics and he surrounds himself with political junkies—several of whom have gotten into serious trouble for political abuses. Yet the governor shows few signs of being satisfied with his current position; he has already published a 2016 campaign book, made trips to key Republican primary and caucus states and nurtured a national network of billionaire donors and friendly operatives.

When the Marquette Poll asked Wisconsin voters about Walker’s national ambitions, however, the response was strikingly unenthusiastic. A overwhelming 67 percent of Wisconsinites said they did not want Walker to seek the presidency. And 65 percent (including a majority of Republicans) said they did not think a governor could run for president and handle his state duties.

Like fresh contenders who have won Wisconsin’s governorship in previous periods of political turbulence—most notably Republican Lee Sherman Dreyfus in 1978—Burke is not harmed by the fact that she is a first-time statewide candidate. Indeed, in this election, against this incumbent, it could prove to be a decisive strength.