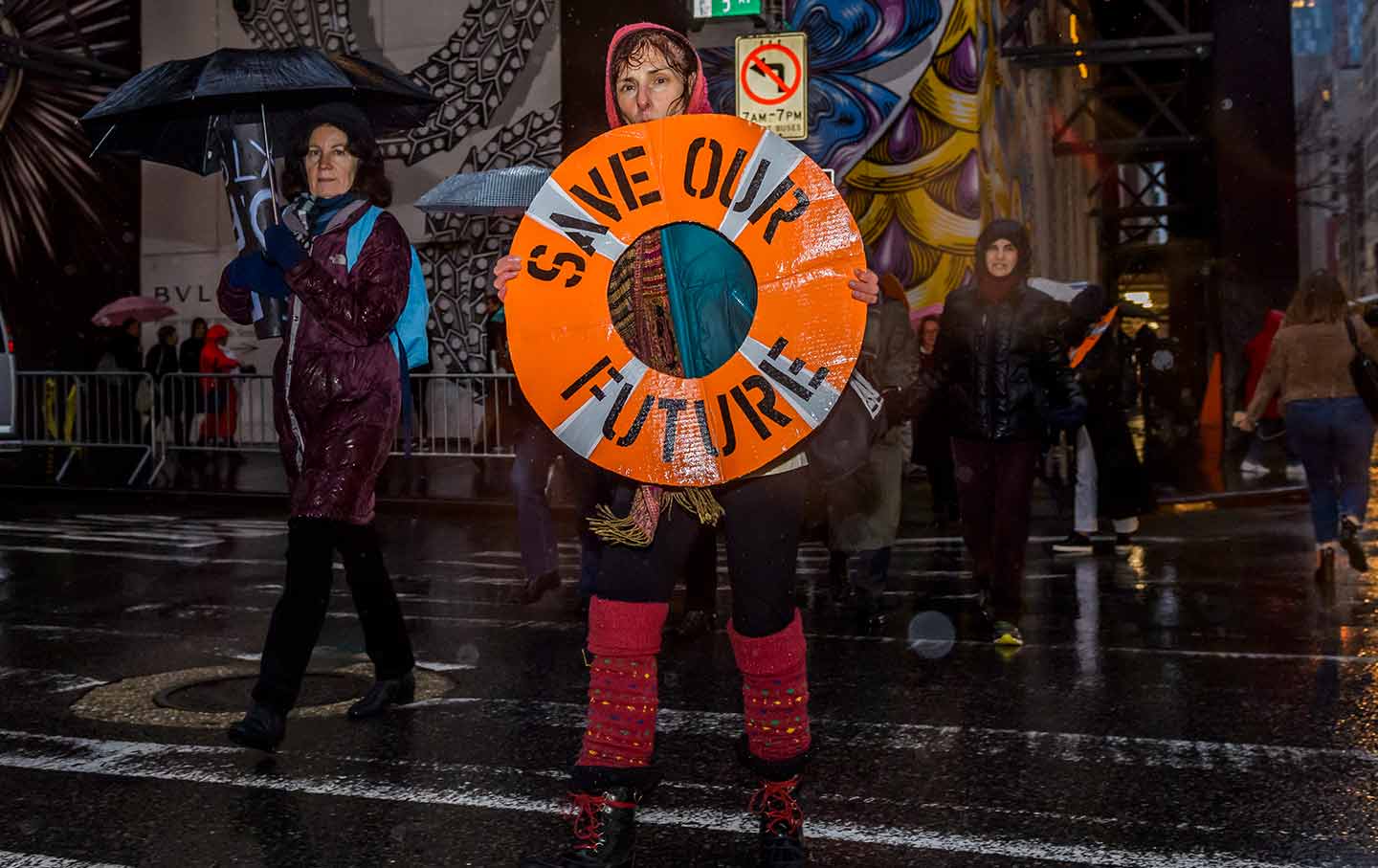 On Saturday, which happens to be Earth Day, thousands of people in nearly 500 cities across five continents will join the March for Science. “We unite as a diverse, nonpartisan group to call for science that upholds the common good and for political leaders and policy makers to enact evidence based policies in the public interest,” reads the organizers’ mission statement. Marchers have repeatedly stressed the “nonpartisan” part, in response to disagreement about whether scientists should, or even can, remain apolitical. Though it was organized quickly after the election of Donald Trump, organizers have been wary of framing the march explicitly as a protest of the new president; after all, opposition to evidence-based policymaking is hardly new.

Nevertheless, pediatricians and herpetologists are not marching together because these are ordinary times. The obvious impetus is the dominance of a president and a political party increasingly contemptuous of scientific inquiry and inclined to flagrant denial of evidence. On the campaign trail, Trump peddled skepticism of climate change and vaccine safety. And in the scant three months that he has been president, his administration has already set in motion a number of policies that both threaten the integrity of research and the citizens who depend on it.

Consider the Environmental Protection Agency’s sudden about-fact on chlorpyrifos, a pesticide sprayed on more than half the apples sold in the United States, as well as wheat, corn, soybeans, strawberries, broccoli, asparagus, walnuts, and dozens of other crops. It works by attacking the nervous system—of bugs, but also humans who come into contact with it. According to a comprehensive 2014 study of pesticides and developmental issues, pregnant women who lived near fields or orchards sprayed with chlorpyrifos were three times as likely to have a child who would develop autism. Based on this and other research linking the pesticide to developmental issues, the EPA under President Obama was close to banning it. But it was left to the Trump administration to finalize the regulation.

Dow Chemical, which sells chlorpyrifos, and other industry groups aggressively lobbied to halt the ban. Dow was particularly well-positioned to do so: Trump appointed former Dow lobbyist Mike McKenna to lead the transition team at the Department of Energy, and Dow CEO Andrew Liveris to head the American Manufacturing Council. In January, the company donated $1 million to the organizing committee for Trump’s inauguration. A few weeks later, EPA administrator Scott Pruitt announced that his agency would decline to ban chlorpyrifos, despite the recommendation of its own chemical safety experts.

The decision is one of the clearest examples so far of the administration’s willingness to prioritize corporate profits over scientific evidence and human health. The continued use of chlorpyrifos—some six million pounds per year in the US—will have very real consequences for farm workers and children. (So much for Trump’s desire to “do something” about autism.) But it is just one of many troubling signals that scientific expertise is at best irrelevant and at worst unwelcome in the Trump administration.

Trump has proposed major budget cuts to federal agencies that fund and undertake research, including the National Institutes of Health, the EPA, the National Science Foundation, and the National Oceanic and Atmospheric Administration, as well as the elimination of NASA’s climate science programs. He signed an executive order initiating a rollback of Obama-era climate programs. The websites of several federal agencies have been altered to remove science and climate change-related information. Over at the Justice Department, Attorney General Jeff Sessions recently announced he would end a commission formed to improve the integrity of forensic science used in criminal investigations.

If personnel is policy, there is more cause for concern. Trump has yet to appoint a science adviser, and the White House’s Office of Science and Technology Policy has been “all but wiped out.” Vice President Mike Pence is wish-washy on evolution. The new head the Department of Health and Human Services, Tom Price, is a member of doctors group that has promoted unsupported theories about links between abortion and breast cancer and argues that mandatory vaccines are “equivalent to human experimentation.” Starting at the top with Pruitt, the EPA is now stacked with people who doubt the significance of climate change or humanity’s contribution to it.

Anti-intellectualism is an old strain of American politics. But its representatives now hold an exceptional amount of concentrated power—from state legislatures to Congress to the White House—and they are already using it to undermine research with conclusions inconvenient to their political agenda. The good news is that there are many ways of defending science. Hackers rushed to preserve federal climate data. The National Center for Science Education is working in communities like Cedar Rapids, Iowa to boost science literacy. Congressional Democrats have a bill to insulate federal scientists from political interference. And on Saturday, scientists will take to the streets to remind the country of how much their work, usually undertaken quietly and in private, matters to the public.