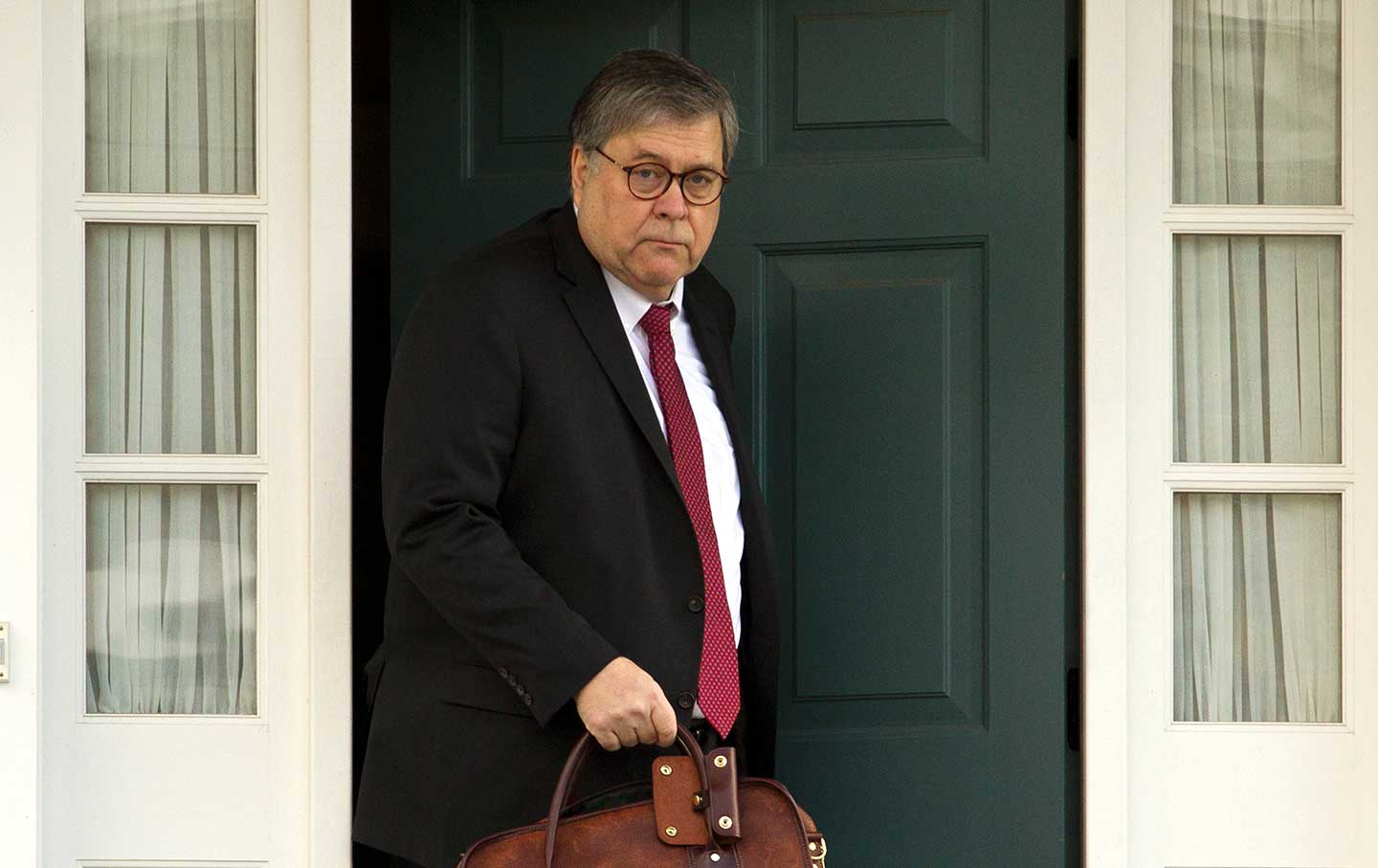 The news about the release of the Mueller Report—and its conclusion, per Attorney General William Barr, that there was no collusion between the Kremlin and Donald Trump—received much less attention in the Russian media than it did in the West. Government-linked newsmakers reacted with restraint, stressing that they had expected nothing less and offering sympathy to the American taxpayers who had to pay for the grandiose and expensive investigation.

This article was translated by Antonina W. Bouis.

“It’s hard to find a black cat in a dark room, especially if it’s not there,” Kremlin spokesperson Dmitri Peskov said in his opening commentary to the Russian press with those words. “The mountain has once again given birth to a dead mouse,” tweeted Dmitri Pushkov, head of the Committee on Information Policy of the Federation Council. Senator Franz Klintsevich commiserated with the American people over the cost of “two years of provocation and lies.”

Meanwhile, Konstantin Kosachev, head of the Federation Council International Committee, cautiously suggested in Rossiiskaya Gazeta that the conclusions provide a chance “to negate some positions in Russian-American relations.” He sounded a note of skepticism, however, observing that, in defending himself from accusations of harboring Kremlin sympathies, Trump had been forced to surround himself with anti-Russian “hawks,” who may not allow a breakthrough.

For its part, the opposition paper Novaya Gazeta thinks that “Russiagate” is not over and will continue to trouble bilateral relations for a long time. The liberal press also mentioned other topics highlighted in the report: the recognition of Russian interference in the elections (which Russia has denied) and the exposure of many violations of the law by Trump’s men.

What all seem to agree on­—conservatives and liberals alike—is that the Russian-American dialogue is barely alive, and improvement in relations between the two countries is unlikely. News that two US senators had introduced a bill calling for anti-Russian sanctions right after the announcement of the Mueller Report suggests how challenged relations remain.

Still, in most of the Russian press and on the Internet, Mueller’s investigation soon faded in the light of local Russian news—especially that the retired FSB colonel and candidate of the ruling United Russia Party lost the mayoral election in the Siberian city of Ust-Ilimsk to a young housewife. The new mayor, Anna Shchekina, has made more waves on the Internet than Trump and Mueller. There is nothing surprising about that: No one in Russia doubted that Trump had been elected by Americans and no one else. For ordinary Russians, the businessman Yevgeny Prigozhin is not the presumed organizer of the “troll factory” that interfered in US elections but the man who provides past-sell-by-date products to kindergartens and military bases and who remains unpunished despite numerous exposés in the media.

This shift of focus is one of the results of the propaganda frenzy of recent years in Russia: a negative response to aggressive news, especially international news, and a turn to local, domestic themes that affect people in their daily lives. Russians realize that the Americans who have put the country under “sanction siege” are not to blame for the fact that Prigozhin poisons children with maggoty food and Oleg Deripaska’s factories are slowly killing the residents of Krasnoyarsk through pollution. Nor do they blame them for the boorishness of officials and the helplessness of pensioners.

At the same time, there’s no denying that “Russiagate” also struck a blow against the illusions of the Russian liberal mind. It destroyed the beautiful myth of an ideal democracy, where the rule of law triumphs by itself and human rights and freedom fall from the sky. For generations of Russian liberals, that ideal was America.

“Russiagate” showed the fragility of democracy and revealed that there can never be a perfect society. This discovery came as a shock, engendering a sense of hurt and disillusionment in the dream of democracy as a whole. Russian propaganda, in turn, did everything to persuade people: Look, no one has principles anywhere, there are only monetary interests and good PR. This is one reason that many people who had not voted for him before voted for Vladimir Putin in 2018.

The reverse of this sense of injury is isolationism and an increase of repressive practices. The political analyst Liliya Shevtsova warned in her latest blog on Ekho Moskvy radio: What will hurt the most will be the day when America loses all interest in Russia, and that day is not far off. She called a new arms race as the probable response of the Russian regime.

Is a different scenario possible?

The program director of the Russian Council on International Affairs, Ivan Timofeyev, speaks carefully about the situation, adding that strategic competition has moved into the sphere of digital technology. Is cooperation possible there? Professor Viktoria Zhuravleva of the Russian State University for the Humanities, a historian of American-Russian relations, believes that the alternative lies in professional cooperation between experts, in citizen diplomacy, and in the restoration of exchange programs for students, young specialists, and activists of civil organizations. That will build bridges for a future dialogue “on high.”

The Siberian human-rights activist and journalist Mikhail Afanasyev is certain that if Russian and Americans spent more time learning about each other, many things would be different. Afanasyev and his Internet newspaper Novy Fokus, has been fighting for human rights in faraway Khakassia in Siberia for 10 years. Young bloggers and activists follow his example. There are many young people in a country as enormous and varied as Russia who are ready to improve their lives at home. They are appearing with greater frequency in the news—young Moscow municipal representatives or the new mayor of Ust-Ilimsk, most of them under 30. The new generation that grew up under Putin, despite predictions, is offering an alternative agenda. Free of the fears and complexes of the past, they can have a meaningful dialogue with the world around them.

“Russiagate” was a distraction for a long time from the real problems facing the United States and Russia. Katrina vanden Heuvel made this point in her Washington Post column. It’s time to return to important topics: ending wars, protecting the environment, overcoming disease and poverty.

Perhaps the lesson for Russia from “Russiagate” is the reminder that democracy is not a gift from the heavens but the result of daily work of the whole society, and that putting off this work poses a grave threat. It’s a lesson that the absence of real information gives rise to hurts, stereotypes, and “toxicity” toward entire nations.

Fortunately, anti-American sentiments are decreasing in Russia. But it’s a shame that we know so little in Russia about the real life of Americans, and vice versa. That can be remedied, however. We will have to give up the dream of an America where bread grows on trees and every smart person becomes a millionaire. The discovery of the real country lies ahead. I believe that the discovery of Russia awaits Americans, as well.